Amitabh Bachchan is an Indian actor, television host, producer, and occasional playback singer who is mostly famous for his iconic roles in the movies like “Sholay”, “Dewaar”, “Shahenshah”, and “Zanjeer”. He is also known for hosting the show, “Kaun Banega Crorepati”, India’s version of the game show franchise, Who Wants to Be a Millionaire?.

Having started his professional career since 1969, Bachchan has appeared in over 200 Indian films in a career spanning more than five decades. He was the most dominant actor in the Indian movie scene during the 1970s–1980s and even has worked beyond the Indian subcontinent including UAE, Egypt, South Africa, the United Kingdom, Russia, Fiji, and many others.

He has won numerous accolades in his career, including 4 National Film Awards as Best Actor, Dadasaheb Phalke Award for Lifetime Achievement, 15 Filmfare Awards. He is regarded as one of the greatest actors of Hindi cinema also referred to as “Shahenshah of Bollywood”, “Sadi ka Mahanayak”, “Star of the Millennium”, or “Big B”.

Bachchan was also tested positive to the COVID-19 along with his son, Abhishek Bachchan, daughter-in-law, Aishwarya Rai Bachchan and granddaughter, Aradhya in July 2020, for which he was hospitalized for over 2 weeks. Since then he had been posting videos to give updates about his situation to his millions of fans on his social media sites: @SrBachchan which has over 43.5 million followers and @amitabhbachchan with over 20.8 million followers. On July 28, 2020, Bachchan blasted trolls for wishing he dies to the pandemic.

What is Amitabh Bachchan Famous for? 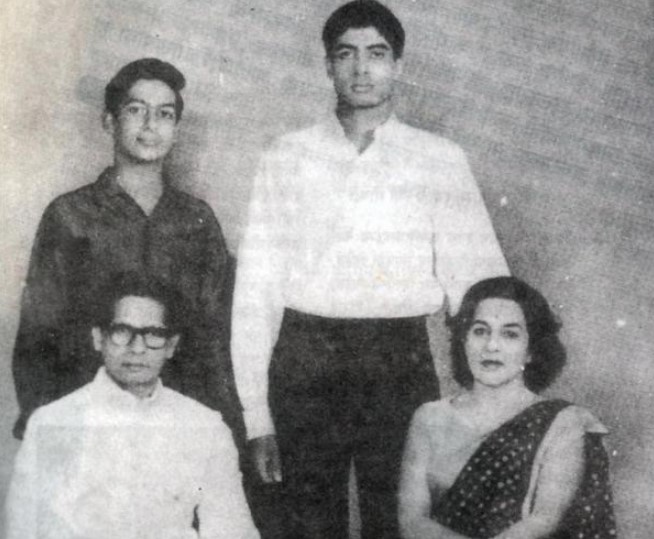 Where was Amitabh Bachchan Born?

Amitabh Bachchan was born on October 11, 1942, in Allahabad, United Provinces, British India(present-day Uttar Pradesh, India). His birth name is Inquilaab Srivastava. His nationality is Indian. Bachchan belongs to Kayastha ethnicity while Libra is his zodiac sign.

Amitabh was born in a well-educated and family as the eldest son to Harivansh Rai Bachchan(father) and Teji Bachchan(mother). His mother, Teji was a social activist also known to be a confidant of Prime Minister Indira Gandhi, who died in 2007 while his father Harivansh was a poet of the Nayi Kavita literary movement of early 20th century Hindi literature who died in 2003.

He grew up along with his younger brother, Ajitabh Bachchan, a businessman in his hometown. He attended Sherwood College in Nainital and is an alumnus of the college, later he attended Kirori Mal College, University of Delhi.

His mother had a keen interest in theatre so she had some influence in Bachchan’s choice of career which is mainly impacted by the legendary  Indian actor, Dilip Kumar. He actually adapted Kumar’s style, his method acting and sharpening the intensity, resulting in Bachchan’s famous “angry young man” persona.

During his college days, he was a good athlete and used to win the 100, 200, and 400-meter races and had even won a Boxing Championship. Also, when he was young, he wanted to become an engineer and eagerly wanted to join the Indian Air Force. 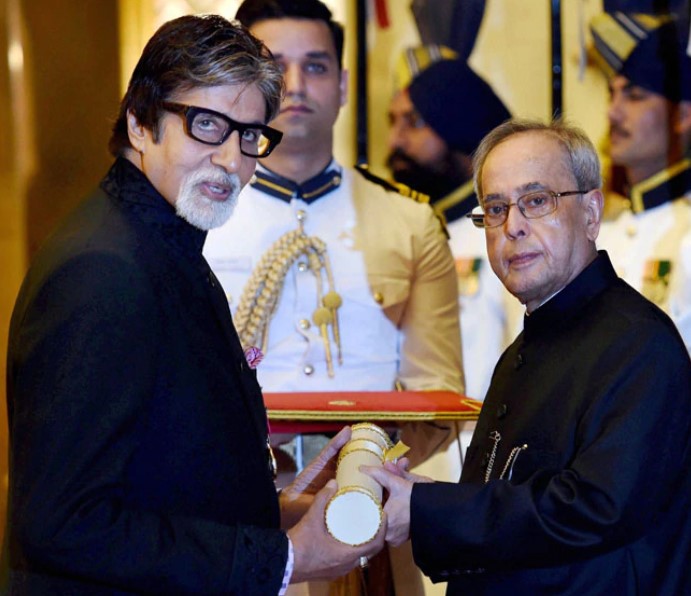 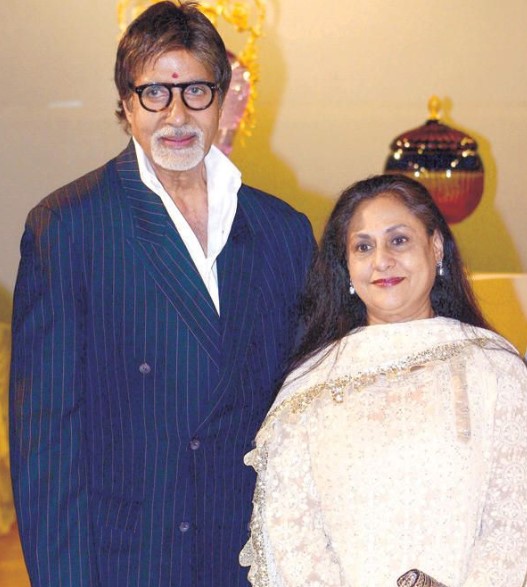 Who is Amitabh Bachchan’s Wife and Children?

Amitabh Bachchan is married to his only wife, Jaya Bhaduri. Jaya is also several award-winning Indian film actress and politician who is currently the Member of Parliament in Rajya Sabha from the Samajwadi Party since 2009. The couple together co-starred in movies such as “Zanjeer”(1973), “Abhimaan”(1973), “Chupke Chupke”(1975), “Mili”(1975) and “Sholay”(1975).

They got married on June 3, 1973, in India and together has 2 children: Shweta Bachchan and Abhishek Bachchan. His daughter, Shweta is an Indian author, journalist, host, and a former model who is married to Nikhil Nanda, the son of Ritu Nanda and grandson of actor Raj Kapoor. While his son, Abhishek is also a film actor and film producer who is married to a beautiful actress and Miss World 1994 pageant titleholder, Aishwarya Rai since 2007. The couple together has a daughter named Aradhya Bachchan.

Bachchan is already the grandfather of his 3 grandchildren: Agastya Nanda and Navya Naveli Nanda from Shewta’s side and Aradhya Bachchan from Abhishek’s side. Currently, the Bachchan family stays in the two famous houses, Jalsa and Pratiksha, in Mumbai. 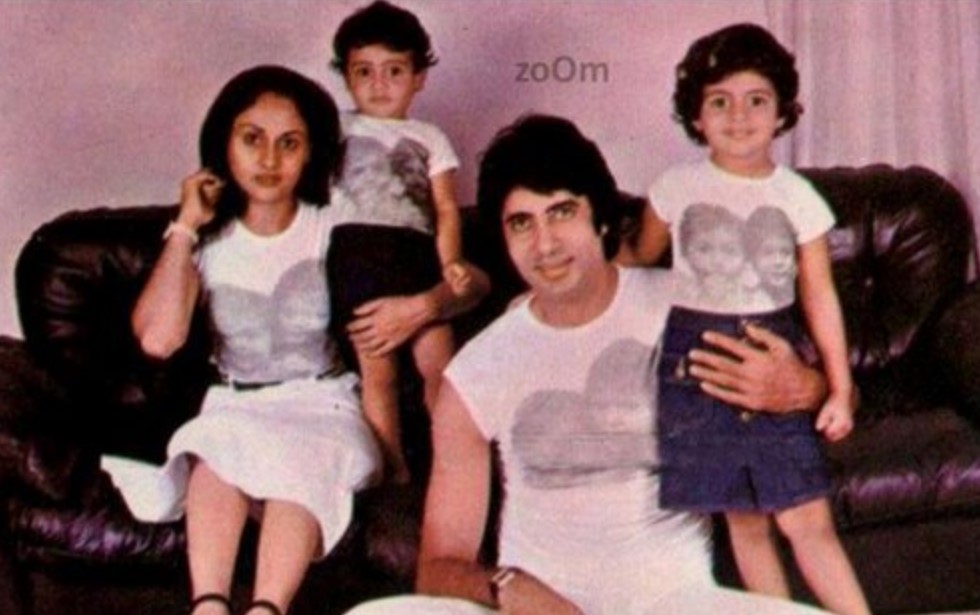 Amitabh Bachchan was tested positive to the COVID-19 along with his son, Abhishek Bachchan, daughter-in-law, Aishwarya Rai Bachchan, and granddaughter, Aradhya in July 2020, for which he was hospitalized for over 2 weeks. However, Aishwarya and Aradhya returned back home after they were tested negative, meanwhile, Amitabh and Abhishek were hospitalized together under the care of doctors and nurses.

Fortunately, his health situation came back to normal but there were a number of trolls wishing his dead for which he blasted out on July 28, 2020, with his words on social media sites.

Previously, Bachchan suffered a near-fatal intestinal injury during the filming of a fight scene of “Coolie” on July 26, 1982, with co-actor Puneet Issar. While performing his stunt, the corner of the table struck his abdomen, resulting in a splenic rupture from which he lost a significant amount of blood. He required an emergency splenectomy and remained critically ill in hospital for many months, at times close to death.

It was the time when the world got to see the overwhelming public responses that included prayers in temples and offers to sacrifice limbs to save him, and long queues of well-wishing fans outside the hospital. Later, he was diagnosed with Myasthenia gravis. His illness made him feel weak both mentally and physically and he decided to quit films and venture into politics.

What is the Net Worth of Amitabh Bachchan?

Amitabh Bachchan is a multi-millionaire legendary actor who has quite healthy earnings from his stable and successful career as an actor. Having started his career since 1969 that lasted for over 50 years and still ongoing, Bachchan has easily managed to amass a million worth fortune from his over 200 films that he has done till 2020.

His source of income is stated to be his movies, the show, “Kaun Banega Crorepati(KBC)” and investments. His net worth is estimated to be around $400 million with Rs. 20 crore per movie.

Besides, Bachchan has million worth properties that include Rs. 460 crore movable assets, over Rs.540 crore immovable assets, over 62 crore jewelry, over 13 crore vehicle, over 4 crore worth watches, and over million worth car collections including Bentley Arnage R, Mercedes Benz SL 500 AMG, Toyota Land Cruiser, Mercedes Benz E240 and many others.

How Tall is Amitabh Bachchan?

Amitabh Bachchan is a good-looking man who still has the same Baritone voice and looks even he is in his 70s. He stands tall with a height of 6ft. 2inch.(1.88m) while his body weighs around ‎91kg. With his post uploaded in early July 2020, Bachchan shocked the public with his picture of spending time at the gyms.

Besides, in 2019, after he was hospitalized for some reason, he had shed around 5kgs which he took as it was fantastic for him. He has a legendary white beard with light brown colored hair and brown eyes with his classic power glasses on.