Charlie Puth, an American singer, songwriter, and record producer. Initially, he started his career as a musician by uploading his songs videos on his own YouTube channel. Later, he began contributing songs and albums of other artists like Cody Simpsons and Skizzy Mars. However, he got his exposure after debuting his first feature ‘See You Again’ along with Wiz Kahlifa in tribute to late actor Paul Walker.

His other hits include tracks like ‘One Call Away’, ‘We Don’t Talk Anymore’, and ‘Attention’. While he was getting exposure from his songs, on the other hand, his fans started to express their support by shaving their eyebrows. But the single stated that the scar on his eyebrows is not for style instead he got this at the age of two. When a dog bit him and almost had died of head trauma, however, the scar remained permanent. 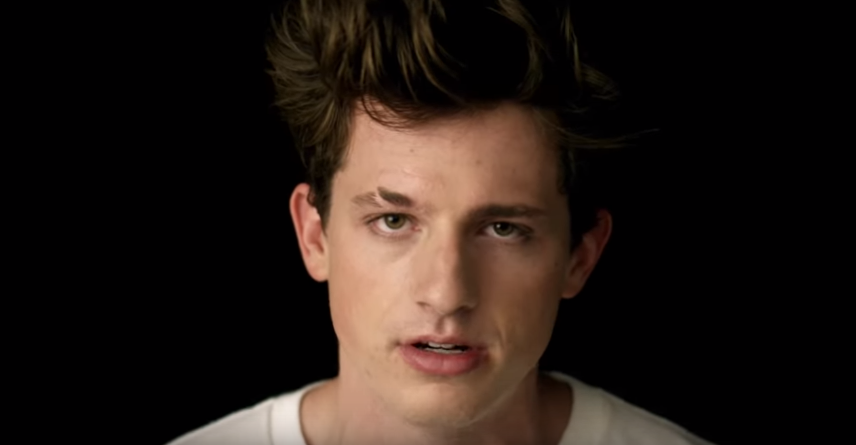 The talented singer was born as Charles Otto Puth Jr. on 2 December 1991 in Rumson, New Jersey, the USA. He was born as the older son to parents Charles Otto  Puth Sr. and Debra. His mother worked as a music teacher and father, a builder and real estate agent. He grew up with his younger twin siblings: Stephen and Mikaela. His younger brother, Stephen is also an American singer/songwriter, releasing songs including ‘Sexual Vibe’ and ‘Half Gone’. Additionally, he has a mixed ethnicity of native American and Jewish descent.

From a young age of four, he started learning classical music and piano when his mother introduced him to them. Then he began to learn jazz at the age of ten participating in a summer youth jazz. Later, The Count Basie Theatre hired him to play in a Charlie Brown production. During the sixth grade, he made $600  after selling a Christmas album ‘Have a Merry Charlie Christmas’, from door to door.

He had attended a few high schools before graduating from the Rumson-Fair Haven Regional High School in 2010. Previously, he attended high schools including the Holy Cross School, Rumson, and Forrestdale Middle School. He had also join Manhattan School of Music Pre-College during his seventh grade to senior years. There he was a jazz piano major and a classical studies minor. In 2013, he graduated from the Berklee College of Music majoring in music production and engineering.

At the beginning of his musical career, he started to upload comedy videos and acoustic covers on his YouTube channel ‘Charlies Vlogs’. Following year, he releases a music video of the first song ‘These Are My Sexy Shades’. Also, he released first extended play ‘The Otto Tunes’ and won an online video competition in 2011 sponsored by Perez Hilton ‘Can You Sing?’. In the same year, he also appeared in the ‘Ellen DeGeneres Show’ where he performed the song ‘eleveneleven’ signed under the label of Ellen’s.

Next year, he recorded another independent extended play entitled “Ego”, which contained songs for fellow YouTubers. In 2014, he released promotional single ‘L.U.V’ and co-wrote the song ‘Celebrate’ on Pitbull’s eighth studio album ‘Globalization’. In 2015, removing his previous records from iTunes, he signed with Atlantic record. Later in February, he released debut single ‘Marvin Gaye’ along with  Meghan Trainor, a singer/songwriter. The single peaked at number 21 on the US Billboard Hot 100 with certified 2x Platinum in Australia. Then his breakthrough track ‘See you Again’ was released featuring Wiz Khalifa to a tribute to the late actor Paul Walker.

The song peaked at number one on the Hot 100 chart for 12 non-consecutive weeks. Also, it was nominated for three Grammy Awards: Song of the Year, Best Pop Duo/Group Performance, and Best Song Written for Visual Media. And further shortlisted for the Song of the Year for the BBC Music Awards as well as nominated for the Golden Globe Award for Best Original Song at the 73rd Golden Globe Awards.

Read Also:  Learn about the Married Life of Gretchen Whitmer!

In 2016, he released his debut album ‘Nine Track Mind’, debuting a number six on the Billboard 200. The same year, he became the first artist to sign a deal with Deutsch Music. Following that, he released his second album ‘Voicenotes’, single ‘Attention’. He also featured in the G-Eazy‘s single ‘Sober’ and released first promotional single ‘If You Leave Me Now’ featuring Boyz II Men’.

Regarding his personal life, he always has been very secretive of his personal life or love life. His fans must be stalking him to know about his love or relationships. But being a private person, he has tightened his lips when it comes to sharing information on his love life. However, the singer has been linked to a few renowned actresses and singers.

Moreover, before beginning his love stories with them they become rumors and news faded away in the same year. His name has linked with celebrities like ‘Hailee Steinfield’, ‘Selena Gomez, ‘Meghan Trainor’, ‘Bella Thorne’, and ‘Charlotte Lawrence’. Similarly, during 2018, he reportedly hooked up with the actress  Halston Sage which lead to his fans believing as the official couple. But in the same year, the couple confirmed as rumor and they are only good friends. 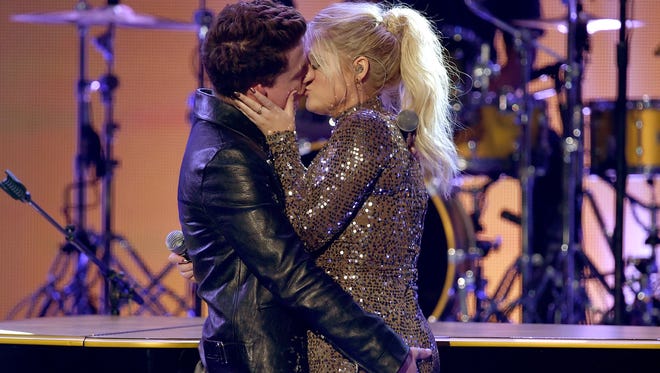 He surely is earning a good income from his hit songs and albums sales. As per reports, with his growing popularity and albums sale, it is only expected to have an increment in his income in the coming years. Therefore, reports also say that he easily makes $3 million each year. Further, his net worth has an estimation of around $10 million as of now. Additionally, he is relisting his Hollywood Hills home for $2.199 million, one month after buying a $9 million mansion in Beverly Hills.

The handsome singer has a well-maintained slim body that stands to a height of 5 feet 9 inches or 1.75 meters. His body weighs 70 kg with unknown body measurements. He has hazel eyes with dark brown hair color.

Read about singers like Katy Perry, Jessie J, Tones and I.