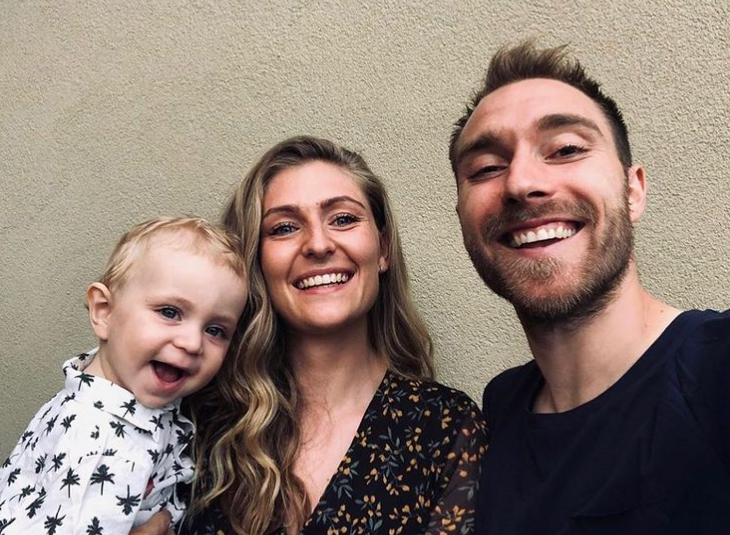 Nothing seems to craze today’s world more than the football games especially talking about the most awaited Euro-2020 match ever going on in 2021. Euro-league last played in 2016 won by Portugal is now happening amidst the COVID-19 pandemic which was set to be played in 2020 is re-scheduled in 2021 and fans are going crazy over it.

However, the Euro-2020 match held on Saturday, June 12, marked a heart-breaking scene when the Danish football player, Christian Eriksen faced a scary collapse on the field due to cardiac arrest which became one of the frightening moments played out before a stadium ever filled with fans and broadcast to a live global television audience. 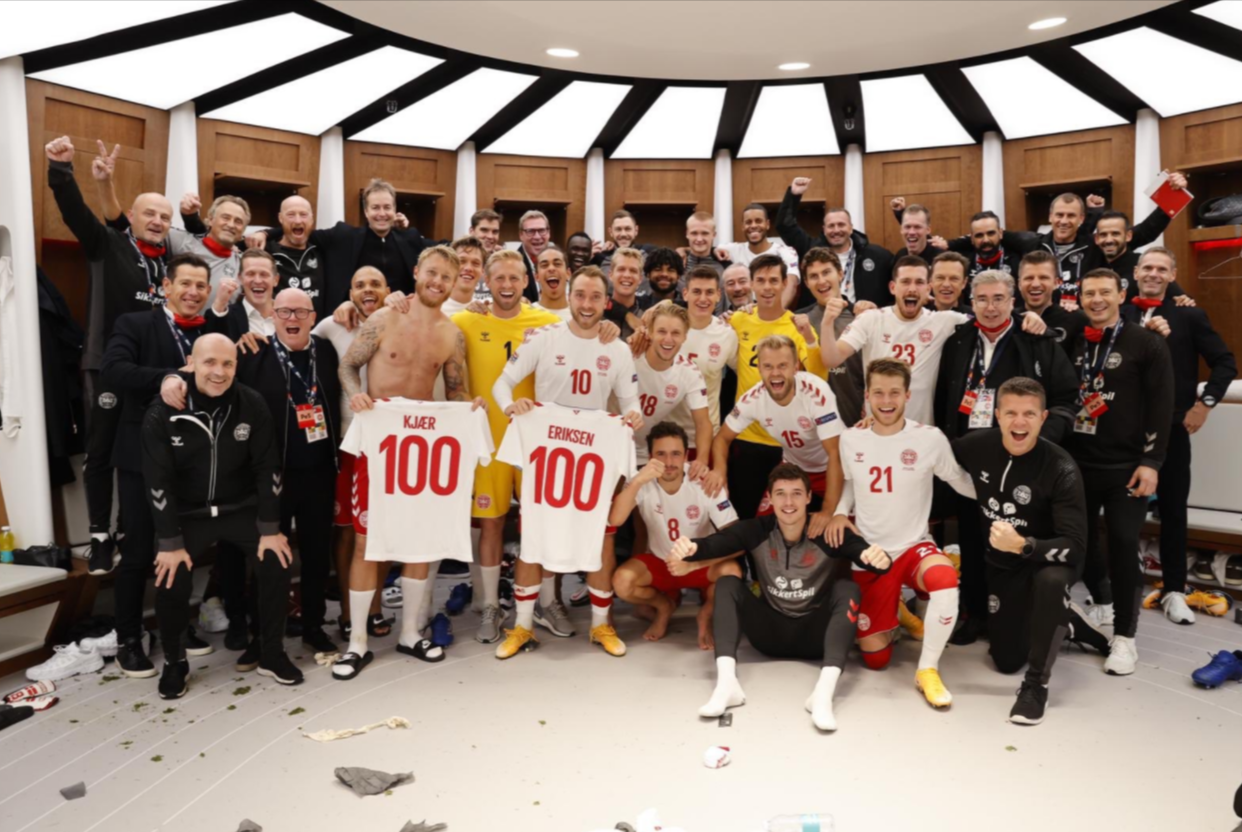 Christian Eriksen, the name that each football fans know, is a popular footballer who plays as an attacking midfielder for Serie A club Inter Milan and the Denmark national team is also the only second player after David Beckham to record over 10 assists in four successive Premier League seasons. Eriksen who currently is signed with the Italian side Inter Milan has played several games for his country and club even winning the Danish Football Player of the Year a record five times.

He has been in the headlines not only for his professional achievements but also for his personal love relationship as well. On June 12, witnessing the surreal scene of Christian on the field, his girlfriend, Sabrina Kvist Jensen, who was more distraught than anyone in the stadium ran onto the field in tears to be by the side of her love.

Unlike other girlfriends and wives of popular football players, Sabrina has always maintained her private space by staying away from the spotlight. Seeing her on the field crying and in pain has led fans to be more curious about her and her relationship with Eriksen.

Let’s get to know more about her.

Who is Sabrina Kvist Jensen?

Despite keeping a low profile in front of the media for years, the partner of one of the most popular footballers, Sabrina Kvist Jensen is a 28 years old professional hairstylist from Denmark. Born in Tommerup city of Denmark, Sabrina grew up in her hometown completing her graduations to become a hairdresser or a stylist.

While she was in her year of becoming a stylist, she met Eriksen, and shortly after which the couple fell in love and began dating in 2012. She moved to London alongside her boyfriend, Eriksen where he played for Tottenham Spurs and then for Inter Milan FC after she got qualified to become a professional hairstylist. Arriving in England, Sabrina took up a job working in a clothing store.

She is also involved in the work of “Fodboldfoden”, a Danish charity to support disadvantaged children in poverty. Besides, she doesn’t have any Twitter account and hardly posts any pictures on her Instagram as well. She surely has maintained her profile to be tedious and hidden away from the flashes of media.

Well, the question that every fan wants to know if Christian Eriksen is married or dating anyone??. It’s true Eriksen has been in unconditional love with his beautiful partner, Sabrina Kvist Jensen for the past 9 years now. Eriksen’s love was surely love at first sight with Sabrina as they began dating shortly after their first meet in 2012 when Eriksen was playing for Dutch side Ajax.

Since then the couple has been together for almost a decade without any rumors of cheating on each other, or any sort of fights. Sabrina even left Denmark to stay with her partner, Christian in Milan, England, accompanied him on his soccer journeys since 2012.

Although initially, the couple had a little difficulty settling into the London lifestyle, they quickly adjusted and bought a house in Hampstead in 2016. Sabrina and Christian traveled several times during the first few years of their relationship, whenever Eriksen had some time off. However, after moving to London, they haven’t been able to as Christian once said;

“I live seven days a week for my job. That is very tough for my girlfriend. Of course, I would like to go out in the city with her and friends, but it just doesn’t fit in with playing in England“.

Read Also:  Who is Elizabeth Gillies husband? Get to know about Michael Corcoran and their secret marriage

Even so, the couple is happily living together and never has given up on each other.

Do the pair have children?

Eriksen and Jensen have grown up from two to a family of 4 by the year 2020. They welcomed their first child, Alfred Eriksen in the summer of 2018, for which Christian was granted leave from the World Cup to go back and be with his wife during the birth of his first son. In December 2020, the couple welcomed their second baby, a daughter about which Christian announced the news on his Instagram with a sweet family photo captioning; ‘Family of 4’. The post has been liked over by 320k.

On May 3, 2021, he posted a photo along with his son both giving thumps up having their meal with a caption; “Saluti @inter fans #thumpsupfromthebigboy #campioniditalia”.

What happened to Eriksen Euro 2020?

The incident that happened to Eriksen during Euro-2020 is definitely one of the most horrific incidents that the football world ever had seen before. It was a sudden collapse that Eriksen faced during the 43rd minute of the first match of Denmark against Finland, on June 12, Saturday evening. The collapse left each playing member, hundreds of fans present and live broadcasting members in shook as many even thought that he wasn’t breathing including his own partner.

It led to the game being suspended for about 90 minutes before both teams decided to play on. Eriksen was immediately rescued by the medical team and was given CPR using a defibrillator on the field. It was later revealed that he had suffered a cardiac arrest in the middle of the game.

Throughout the time when Eriksen was on the field, he played his best-giving corners each time, shooting goals, passing the balls, and defending that led him to be the “Man of the Match” for that day. Each member was praying for Eriksen’s better health and recovery.

Sabrina was understandably distraught to see her partner Eriksen on the field lying life-less that she rushed from her seat to the field crying to be by his side. She couldn’t believe what had happened just before her eyes that she even thought for a second that Eriksen had died. Seeing Eriksen’s girlfriend in tears, his teammates Goalkeeper Kasper Schmeichel and captain Simon Kjaer despite dealing with their own anguish selflessly ran to support Sabrina.

On June 13, hours after the incident, it was reported that Eriksen had texted the team’s WhatsApp group saying ‘I’m good’ late last night. Denmark team doctor Morten Boesen confirmed that he had suffered a cardiac arrest but the cause is still unclear however his situation has come under control now. The doctor even said that Eriksen was almost gone, “how close were we? I don’t know – we got him back after one defib… so that’s quite fast”.

His preliminary tests have given good results, but he will have to undergo further tests. After coming on his sense, he also talked with Denmark boss Kasper Hjulmand with whom he said that he didn’t remember about his collapse but insisted he was more concerned about the welfare of his teammates.

Eriksen who is still in hospital released a brief statement for all of his fans which read;

“Thank you, I won’t give up. I feel better now – but I want to understand what’s happened. I want to say thank you all for what you did for me.”