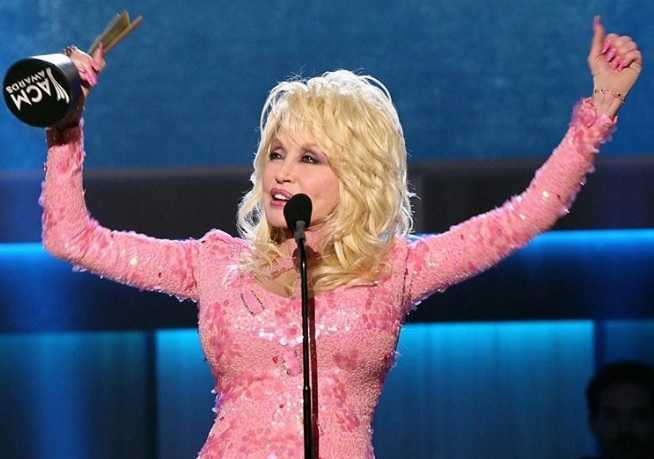 The 76-year-old Dolly Parton is an American singer, songwriter, record producer, multi-instrumentalist, philanthropist, actress, author, and businesswoman. She released her full-length debut album “Hello, I’m Dolly” on 13th February. Since then, Dolly has been a staple in the country music industry and as of today, she has released 51 studio albums. She has sold more than 100 million records worldwide and has released more than 3000 songs during the course of her career. Some of her greatest hit songs are “Joshua”, “Jolene”, “I Know You By Heart”, “Here You Come Again”, “I Will Always Love You”, “Eagle When She Flies”, “Love is Like a Butterfly”, “Baby I’m Burning”. Besides music, Dolly has also explored the movie industry and fans could see the diva in movies like 9 to 5, The Best Little Whorehouse in Texas, Rhinestone, Steel Magnolias, and Straight Talk. As an author, she has authored numerous books including Coat of Many Colors (2016), Dream More: Celebrate the Dreamer in You (2012), and I Am a Rainbow (2009). The first cloned sheep “Dolly” was named after her in reference to her rare breast implant. In 2018, she was added to the Guinness World Records for “Most Decades with a Top 20 hit on Billboard’s Hot Country Songs Chart”, and “Most Hits on Billboard’s Hot Country Songs Chart by a Female Artist”. She is one of the most successful music icons in the world. 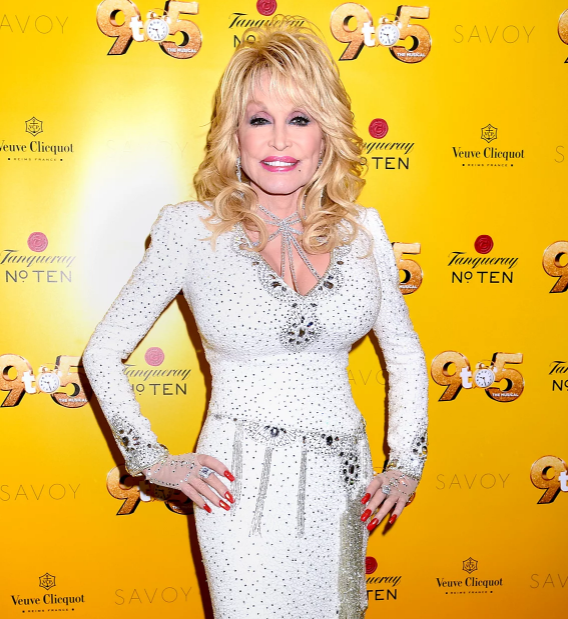 Here are the 10 things you didn’t know about Dolly Parton.

1. Dolly Parton is an award-winning country artist, philanthropist, and actress

Parton is an American singer, songwriter, multi-instrumentalist, actress, author, businesswoman, and humanitarian, known primarily for her work in country music. On 13th February 1967, she released her full-length debut album “Hello, I’m Dolly” with Monument label which consisted of 12 original tracks. and made her theatrical film debut in the comedy film “9 to 5” as Doralee Rhodes in 1980. She has garnered 11 Grammy Awards and 50 nominations, including the Lifetime Achievement Award; ten Country Music Association Awards, including Entertainer of the Year and, is one of only seven female artists to win the Country Music Association’s Entertainer of the Year Award; five Academy of Country Music Awards, also including Entertainer of the Year; four People’s Choice Awards; and three American Music Awards. In 1999, Parton was inducted into the Country Music Hall of Fame.

Since the mid-1980s, Parton has supported many charitable efforts, particularly in the area of literacy, primarily through her Dollywood Foundation. She also has worked to raise money for several other causes, including the American Red Cross and HIV/AIDS-related charities. She started her foundation as a way to honor her father. Her father could not read, nor could he write.  Before he passed away, he told Dolly he was more proud of her for Imagination Library than anything else she had ever done.

Awar-winning singer, Parton has more than 30 awards to her name including two Guinness World Records. Back in January 2018, she won two Guinness World Records: the most decades with a Top 20 hit on Billboard’s Hot Country Songs chart and the most hits on Billboard’s Hot Country Songs chart by a female artist for her six consecutive decades and 107 trending tracks. “To receive these two Guinness World Records is so great,” Parton said while collecting her awards. “Joining so many wonderful singers and songwriters who have been honored this way feels so special to me.” She added, “You never know when you start out with your work how it’s going to turn out, but to have these two world records makes me feel very humbled and blessed!” 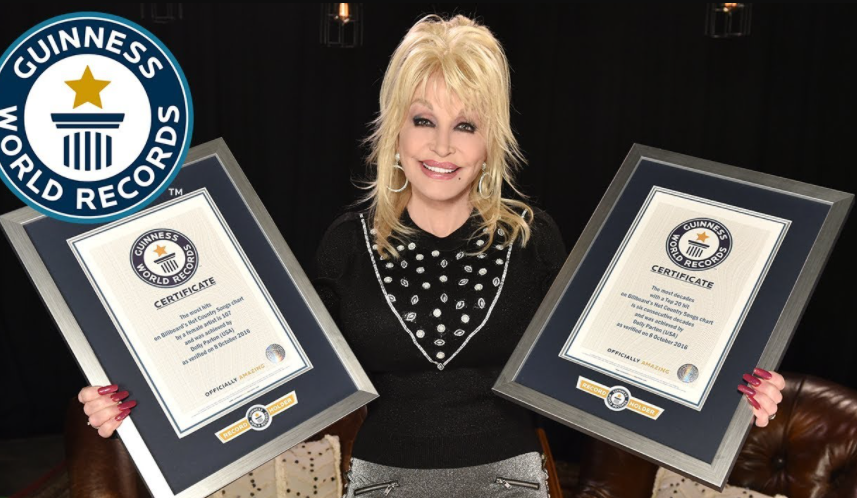 3. She has tattoos to cover up scars

It’s long been rumored that Parton wears long sleeves to cover her body art. In a 2020 interview with People magazine, she cleared up some of the confusion. She said she was sick for a while, and her feeding tube and other procedures left scars that she decided to cover up with ribbon, bow, and butterfly tattoos, among others. “I do have some tattoos, that’s true. But they’re tasteful. I’m not a tattoo girl,” Parton said. “My tattoos are pretty, they’re artful and they usually started out to cover some scar, not to make a big statement.”

4. She has her own theme park

Parton is a co-owner of “The Dollywood Company”, which operates the theme park Dollywood (a former Silver Dollar City), a dinner theater, Dolly Parton’s Stampede, the waterpark Dollywood’s Splash Country, and the Dream More Resort and Spa, all in Pigeon Forge. Dollywood is the 24th-most-popular theme park in the United States, with three million visitors per year. Dollywood, which opened in 1961, is a theme park in Pigeon Forge, Tennessee, fashioned after Parton’s childhood fantasies which boast an array of roller-coasters and water rides. Whereas she has never experienced them herself. “I don’t ride the rides,” she told The New York Times in 2019. “I never have. I have a tendency to get motion sickness. Also, I’m a little bit chicken.” “With all my hair I got so much to lose, like my wig or my shoes. I don’t like to get messed up,” she added. “I’m gonna have some handsome man mess it up, I don’t want some ride doing it.”

5. Dolly Parton sleeps in her makeup

6. Dolly and her husband Dean have been married for more than 50 years

Married woman, Dolly Parton found her love in Nashville, Tennessee. She met businessman, Carl Dean outside the Wishy Washy Laundromat. They married on 30th May 1966. The couple keeps a low profile and hardly appears together publicly. Expressing her pride in her married life, Dolly stated that it was the first and the last for both of them. “We’ve been together most of our lives,” Parton told People in 2018. “I always joke and laugh when people ask me what’s the key to my long marriage and lasting love. I always say ‘Stay gone!’ and there’s a lot of truth to that.” “I travel a lot, but we really enjoy each other when we’re together and the little things we do,” she added. On their 50th wedding anniversary on May 30, 2011, Dolly and Carl renewed their vows. The couple does not have children of their own. 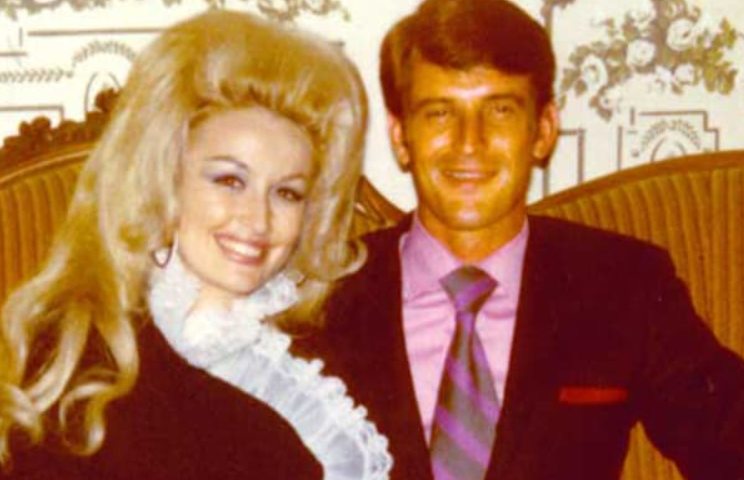 When most people are snoozing, Parton is up and at it. In 2018, Parton told the “Today” show that she wakes up early to do her “little meditations” and “little spiritual work” before getting ahead of her day by checking her mail and making calls. “I do more work between three and seven than most people all day because it’s quiet and the energy’s all low-key, except mine,” she said. “I just love the wee hours.”

8. Her family paid for the cost of her birth with a sack of oatmeal

Born as the fourth of 12 children to Robert (Subsistence Farmer and Construction Worker) and Avie Lee Parton; her family couldn’t afford to pay the medical bills for her birth with money. Due to this, her father paid the doctor who delivered her with a sack of oatmeal. But Parton told Entertainment Tonight in 2015 that she’s never been ashamed of her upbringing or family. “I’ve always loved being from where I am. I think my childhood made me everything I am today,” she said. “I would trade nothing for being brought up in the Great Smoky Mountains.” 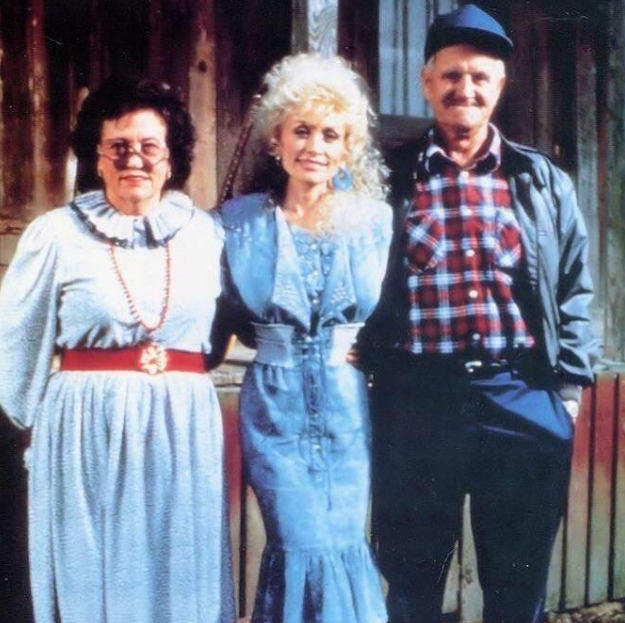 9. She can play a lot of musical instruments.

Multi-talented Parton can play many instruments, including the dulcimer, autoharp, banjo, guitar, electric guitar, fiddle, piano, recorder, and saxophone. In a 2016 interview with Vogue, Parton said she plays “some of everything.” “My family’s very musical, and everybody played musical instruments, so we just grabbed up anything and tried to play,” she said. “Like I said, I ain’t all that good at it, but I can play enough to make a show!”

10. She once entered a Dolly Parton-lookalike contest where she lost

Dolly described herself as “flashy” and “flamboyant” during a 2019 interview with Elle, adding, “Had I not been a girl, I definitely would have been a drag queen.” But when she had the chance to embrace the glamour during a lookalike contest where she just needed to be herself, Parton lost. “At a Halloween contest years ago on Santa Monica Boulevard where all the guys were dressed up like me, and I just overexaggerated my look and went in and just walked up on stage … I didn’t win,” she said in the 2009 interview with Roberts. “I didn’t even come in close, I don’t think.” When she entered the contest she made her hair and makeup a bit over the top. Because of this, she ended up losing the contest to a drag queen who reportedly made a better Dolly.