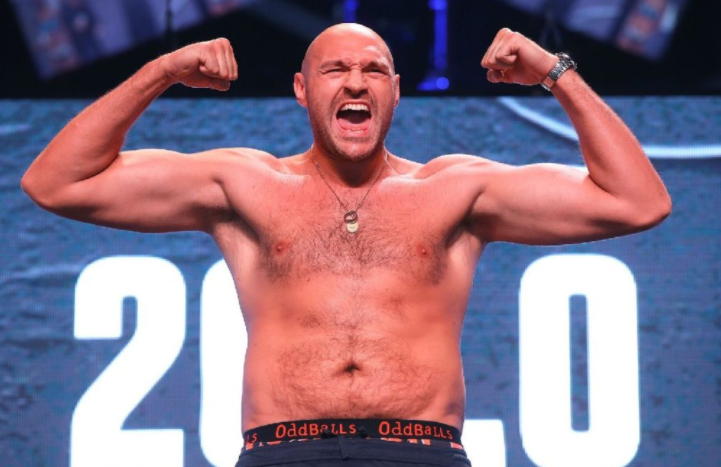 Tyson Luke Fury famed as Tyson Fury is a British professional boxer who is a two-time world heavyweight champion, having held the WBC and The Ring magazine titles since defeating Deontay Wilder in 2020; previously he held the unified WBA (Super), IBF, WBO, IBO, and The Ring titles after defeating Wladimir Klitschko in 2015. As of October 2021, Fury is ranked as the world’s best active heavyweight by ESPN, the Transnational Boxing Rankings Board (TBRB), and BoxRec, as well as the third-best active boxer, pound for pound, by BoxRec, seventh by the TBRB, and eighth by ESPN. Here are the 10 Things You Didn’t Know About Tyson Fury: 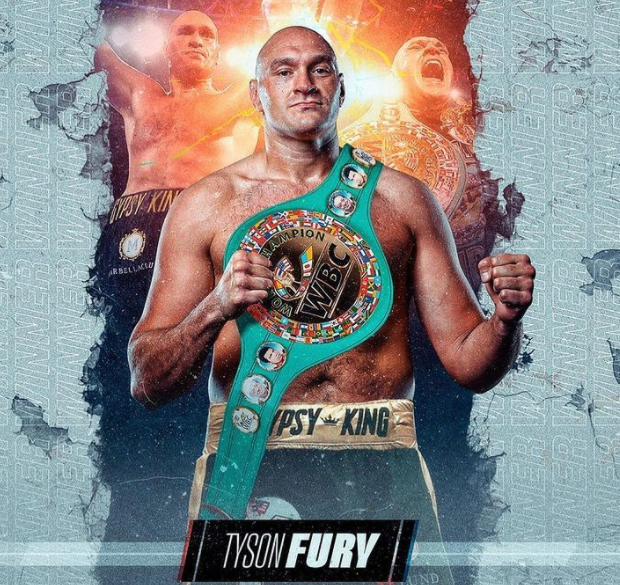 Tyson Fury was born three months premature and had weighed just about 1 pound (450 g) at the time of his birth. His father, John said: “The doctors told me there was not much chance of him living. I had lost two daughters in the same way who had been born prematurely.”

His father, John, named him Tyson after Mike Tyson, who was heavyweight world champion at the time. After he survived the premature birth being a fighter, John decided to give his name Tyson.

Who is Mike Tyson?

3. Tyson Fury left school when he was 11

Tyson Fury left school when he was 11, and joined his father and three brothers in the business of tarmacking roads.

Tyson Fury married his childhood sweetheart, Paris Mullroy. He met his wife, Paris when she was 15 and he was 17. They began dating the year after they met, and married in 2008 at St. Peter in Chains Catholic Church in Doncaster, South Yorkshire. The couple has six children together: 3 sons named Prince John James Fury, Prince Adonis Amaziah, and Prince Tyson Fury II; and 2 daughters named Venezuela Fury and Valencia Amber. 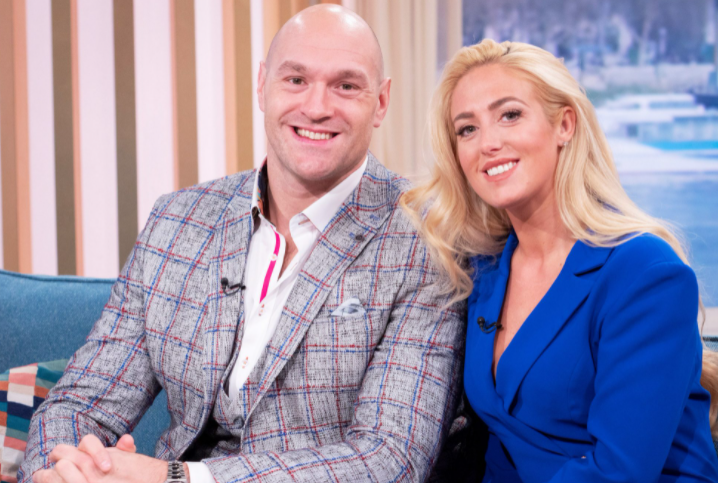 5. Tyson is of Irish descent

Tyson Fury was born in the Wythenshawe area of Manchester to Irish parents Amber and John Fury. He is of Irish Traveller descent. Despite strongly identifying with his Irish heritage, he has had problems in gaining dual citizenship because his father’s birth in County Galway was not recorded civilly in the 1960s, as Irish Travellers at the time only recorded births through baptism with the church rather than officially with the state. As an amateur, he represented both England and Ireland, as he was born in Manchester to an Irish Traveller family and traced his family lineage to relatives in Belfast and Galway. 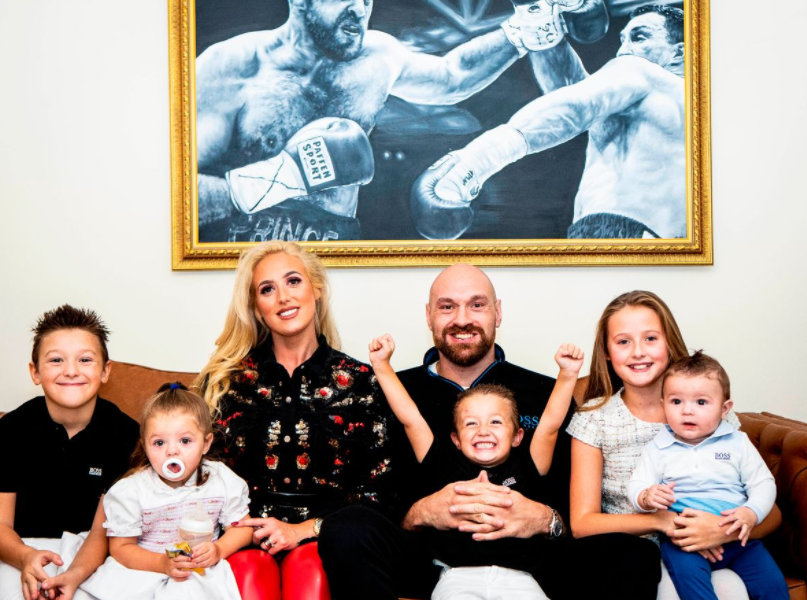 His nickname comes from his Irish traveler heritage on both his mother and father’s sides, which he was often spoken of during his career. Back in 2016, the boxer declared: “I am a gypsy and that’s it. I will always be a gypsy, I’ll never change. I will always be fat and white and that’s it. I am the champion, yet I am thought of as a bum.” His family has a strong boxing heritage, with Fury’s father John fighting bare-knuckled and unlicensed, and later as a professional, under the nickname “Gypsy” John Fury. He is also more distantly related to two legendary bare-knuckle boxers, Uriah Burton and Bartley Gorman – both of whom were dubbed “King of the Gypsies”, inspiring Fury’s moniker.

As an amateur, Fury represented both England and Ireland. He won bronze at the AIBA Youth World Boxing Championships in 2006. In May 2007, he won the EU Junior Championship, defeating Istvan Bernath in the final. He won silver at the European Junior Championship, losing to Maxim Babanin in the final in July 2007. He won the ABA super-heavyweight title in 2008 by defeating Damien Campbell 19:1. He then turned professional later that year at the age of 20. 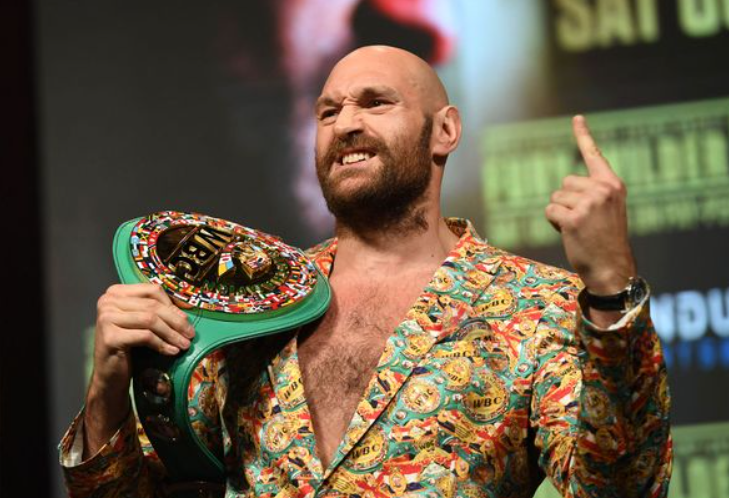 8. Tyson Fury is a Christian

Tyson Fury is a Christian, as is apparent from his various references to Almighty God and Jesus. As proof enough of his faith in Christianity, there is a recording of Tyson Fury praying with his team before his victory over Wladimir Klitschko in Dusseldorf. Fury can be heard saying: “HEAVENLY FATHER, I COME TO YOU IN THE MIGHTY NAME OF JESUS. GIVE STRENGTH TO BOTH MEN TONIGHT. GIVE THEM BOTH THE POWER TO DO THEIR BEST AND LET THEM BOTH LEAVE THE RING SAFE AND SOUND. AS I WALK THROUGH THE VALLEY FROM THE SHADOW OF DEATH, I WILL FEAR NO EVIL. AND THOSE WHO BRING WEAPONS AGAINST ME WILL NOT PROSPER. AMEN.” When asked about the petition by a BBC journalist, Fury quoted religious phrases, including “believe in the Lord Jesus Christ and you will be saved,” along with John 3:16: “For God so loved the world, He gave His only begotten Son, whoever believes in Him shall have eternal life and shall not perish.”

9. Tyson Fury is the cousin of several professional boxers

10. Tyson Fury punched himself in the face during a fight

It’s been some journey and there have certainly been some hilarious moments along the way, none more so than in Fury’s fourth professional bout against Lee Swaby in Birmingham. He prevailed with ease in the fight after Swaby retired in his corner during the fourth, but Fury also managed to punch himself in the face. With his opponent on the ropes, Fury attempted a powerful uppercut, only to see his punch skid off Swaby’s head and straight back into his own face. It’s been over 11 years since the incident occurred. “Reason behind it was, I was in a fight and couldn’t really feel the other guy’s punches to I decided to punch my own self in the face,” Fury says while re-watching the clip.