Alyssa Milano is a famous American actress, producer, and singer. She is well recognized and best known for her performance in the WB television series namely “Charmed”. Apart from “Charmed”, she also appeared in a number of famous American television series such as “Romantically Challenged” and “Who’s the Boss?”. Alyssa was born and grew up in New York and lived with her parents who were also associated with television and film. She has a deep interest in acting and she started her acting career at a very early age. She felt very comfortable in front of the camera even as a child artist. During her early age, she performed in many theatre productions including “Butterflies are Free” and “Jayne Eyre” to name a few. 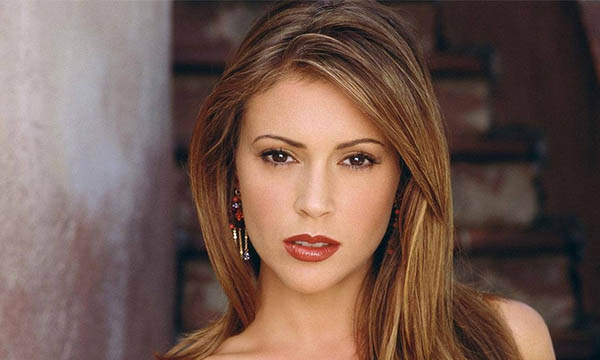 She entered the Hollywood world with teen movies and then moved on to TV movies and B movies. During her career, she also remained out of work for a long time as she was not considered as a teen artist anymore. She felt very insecure at that time about her acting career. And soon after she turned her attention towards television projects and appeared in series including “Melrose Place” and “Charmed”. She also worked in ABC series named “Mistress”. She is married to David Bugliari who is a CAA agent and the couple has a son named Milo Thomas Bugliari. This article will provide you with a lot of information about this talented lady. If you are a fan of her then just read this article to know everything about her.

Alyssa Milano was born on 19th December 1972 AD in Brooklyn, New York, USA. Her father’s name is Thomas M. Milano, and her mother’s name is Lin Milano. Her father is a music editor by profession, and her mother is a fashion designer. As for her siblings, she has a brother named Cory Milano who is also an actor. She was brought up in New York and had a very happy and loving childhood due to her perfect environment. In her childhood, she was always surrounded by camera and elements of the movie world that’s why she always felt comfortable in front of the camera.

Alyssa Milano started her acting career at a very early age of eight years with her performance in “Annie.” Around the same time, she also started working in commercials and off-Broadway theatre. She also worked in a movie named “Old Enough.” Then she began working in a television comedy series named “Who’s the Boss?”. In this series, she worked with some of the celebrities of that time including Tony Danza, Judith Light, and Katherine Helmond to name a few. She moved to Hollywood along with her father to act in this series. After that, she mostly performed in theatre productions like “All Night Long” that was written by John O’Keefe, “Tender Offer” that was written by Wendy Wasserstein, “Butterflies are Free” and “Jane Eyre” that produced in LA. 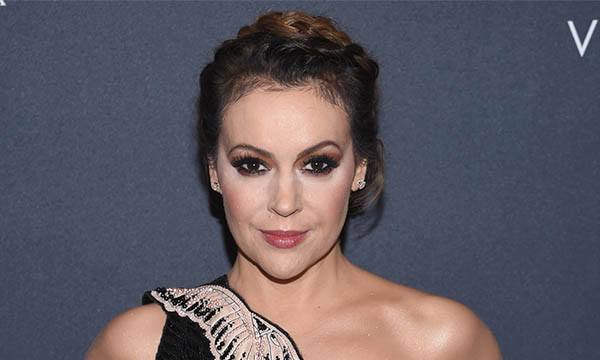 In the year 1985, she appeared in a movie named “Commando” and in this movie she worked with Arnold Schwarzenegger. This movie was an R-rated action movie, and there was a lot of action and weapons in this movie. So Milano was very scared of the weapons and actions used in this movie as she was only 12 years old at that time. The following year, she performed in a children’s movie named “The Canterville Ghost,” and in this movie, she worked with John Gielgud. In this movie, she received very negative reviews. In the year 1988, she performed in two teen movies namely “Dance ‘til Dawn” and “Crash Course.” In both the movies, she performed with her “Who’s the Boss?” co-star named Brian Bloom. Around the same time, she also produced a teen workout video titled “Teen Steam.”

In the year 1991, she performed in an independent movie named “Where the Day Takes You.” In this movie, she performed the role of a homeless prostitute and her role in this movie was much appreciated. After that, she appeared in a TV movie named “Casualties of Love: The Long Island Lolita Story” and portrayed the character of “Amy Fisher” in the year 1992. Her role in this movie also received much appreciation. After this movie, her image as a teenager changed into a grown-up actress.

In the next three year from 1993 to 1996, she mostly performed in B movies and TV movies such as “Candles in the Dark”, “Confessions of a Sorority Girl”, “Embrace of a Vampire”, “The Surrogate”, “Deadly Sins” and “To Brave Alaska” to name a few. In the year 1997, she performed in a movie named “Hugo Pool,” and this movie was a great milestone in her acting career. This was one of her best movies, but she did not find much work after this movie. Then she returned to television. 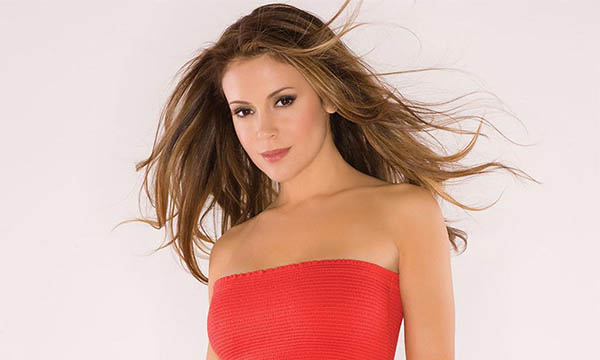 From the year 1997 to 2008, she mostly appeared in television series and portrayed many famous characters including the role of “Jennifer Mancini” in the television series named “Melrose Place”, the role of “Meg Winston” in the series “Spin City” and the role of “Phoebe Halliwell in the famous series “Charmed”. Around the same time, she appeared in a number of commercials and also in a TV film named “Pathology” and in a TV sitcom “Single with Parents.” Apart from her works in the movies and television series, she also lends her voice to the video game “Ghostbusters: The Video Game.” In the year 2010, she performed in a movie named “My Girlfriend’s Boyfriend” and this movie also produced by her.

After that, she performed in a television romantic comedy series named “Romantically Challenged.” Then she appeared in another comedy named “Hall Pass,” and she worked with Christina Applegate, Owen Wilson, and Jenna Fischer. In the same year, she also appeared in a movie named “New Year’s Eve.” Alyssa’s recent works included her lead role in the ABC drama series named “Mistress” where she performed the role of Savannah Davis, and she also hosted and judged a season of “Project Runway: All-Stars.”

Following are some best works by Alyssa Milano, and all these are worth seeing: 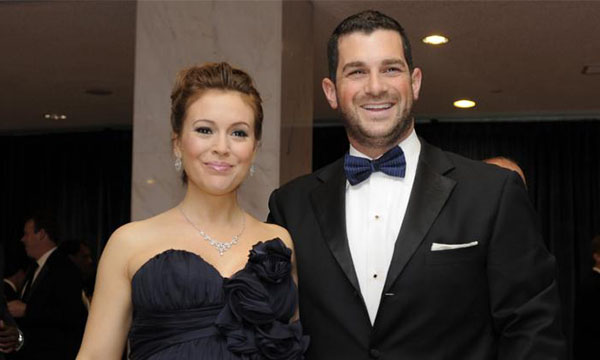 As far as Alyssa’s personal life is concerned, she had a relationship with Corey Haim for a long time. After that, she remained in a relationship with Wayne Mc Bean, an ice hockey defenseman. She engaged with Wayne, and this engagement remained for five years. After that, this did not work out, and the couple ended up in separation. She again engaged with a CAA agent named David Bugliari, and they married in 2009 in New Jersey. The couple blessed with a son named Milo Thomas Bugliari.

Alyssa Milano has an estimated net worth of almost $45 million (estimated in 2017).