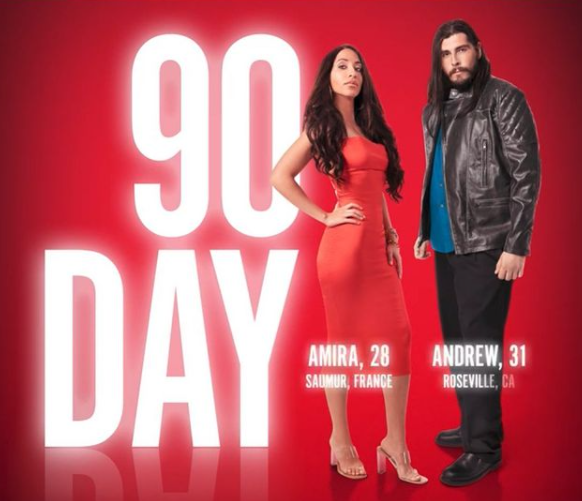 The real world and reality TV shows are something that people want to know more about or you say more concerned about. Talking about reality shows and not including “90 Days Fiance”…well is not a good idea. Romantic relationships, family feud, compromises, promises, balance are all a part of the 90 Days Fiance Show, where couples try to rejoin or continue their relationship to the next level. It’s actually not the case for every couple…

This season has us looking at some familiar faces and being introduced to some new cast members one of which is Amira Lollysa and her boyfriend, Andrew Kenton. Lollysa caught the eye of fans when she decided to flew to Mexico to meet Kenton whilst the COVID-19 pandemic. Their each day unfolding story has led us more concerned about who they actually are and how they met.

In this article, let’s get to know more about Amira Lollysa 90 Day Fiance.

Born and raised in Saumur, France, Lollysa holds the identity of being half-Egyptian and half-French. She probably is Egyptian from her father’s side as per his accent heard in one of the episodes of the “90 Day Fiance” show.

She is fluent in French and even speaks English quite well.

She shares several posts and pictures of her ongoing lifestyle.

Not every love story starts with love at first sight or seeing in person but also while chatting on social media sites. The same happened between Amira and Andrew as apparently, they met through a dating app.

After chatting for hours and hours, they finally traveled to Las Vegas to meet in person for the first time. Their online love changed to be a love in real life that within three days of being around each other Andrew proposed to her and they began dating.

Recently when one of the fans compared some of Lollysa’s pictures from the past there were a whole lot of differences between those as Lollysa looks quite different in the pictures, but doesn’t look completely unrecognizable. In comparison, her recent photos show her to be a little bit sexier, with large lips and high bone cheeks.

Even if she underwent surgery or not she looks beautiful.

Her father opposes their relationship.

As things aren’t going so well for Lollysa and Kenton these days, her father looks a bit disappointed with their relationship. The couple hasn’t even reunited in the US yet also their plan to meet in Mexico failed miserably that her father actually thinks his potential son-in-law isn’t “a man”.

She was detained at the Mexican airport.

While trying to fly to Mexico to meet Andrew Kenton at Puerta Vallarta airport, she was actually detained at the Mexican city airport. The reason behind her detention was flying into the country without having a roundtrip ticket. Due to the detention, Kenton couldn’t help but to check into their hotel room himself.

This was the point when fans assumed that things might not work for them.

She and Andrew probably aren’t together anymore.

Season 8 of “90 Days Fiance” has a lot to say about couples more precisely Amira Lollysa and her boyfriend, Andrew Kenton. Their relationship has been up and down but we can’t finalize things until the end of the season, however, there are some indications that the couple is no longer together.

Because she had to be detained at the airport, Andrew was accused of essentially manipulating her into going to Mexico. Andrew even clapped back on social media to defend himself and the way he responded we can analyze that the two have gone their separate ways.

She is an animal lover.

Amira Lollysa loves animals which we can easily assume through her Instagram bio which reads that she is an animal lover. Her love for animals also has been another attention-seeking point for fans. Previously she even linked to “Soi Dog Foundation”, an organization for dogs.

She has a perfect hour-glass body physique.

Amira Lollysa has maintained her body for a long time that she now has a perfect well-structured body physique. Her body measurement probably must be around 36-26-34 inches with 36B as her bra size. Not only her body but also her sparkling brown eyes and lips have caught attention.

She must have worked out a lot to maintain her body.

She is loved by many people including other 90 Days stars.

Not only Lollysa is loved by her fans but also by some of the ex-90 Days stars like David and Anna Tobrowsky who even sent her a video shoutout to cheer her up. She uploaded the video on her Instagram post in January 2021.