Amy Robach is an American journalist and television personality. She is currently popular for being the television presenter for ABC News broadcast network. She is the co-anchor of ABC News’ daytime program ‘GMA3: What You Need to Know’, which informs its viewers of the latest news, information, and human interest stories.

Further, she also reports for ‘Good Morning America’, co-anchors ABC News program ’20/20′. Previously she had hosted the NBC News programs including NBC’s Today and anchor on MSNBC. She has covered major national and global news including Sandy Hook Elementary School in Newton and the 2020 elections campaigns of Joe Biden and then-president Donald Trump. 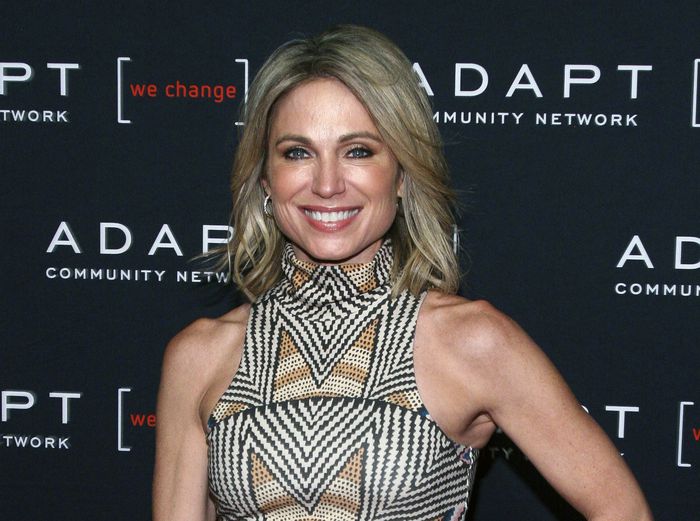 The reporter was born on 6 February 1973 as Amy Joanne Robach in St. Joseph, Michigan, the United States. In her childhood days, she had spent moving in several places like East Lansing, Michigan, St. Louis, Missouri, and then Georgia. She attended Brookwood High School in Snellville, Georgia. After that, she went to the University of Georgia and graduated with high honors in broadcast journalism.

Moroever, in 1995, she participated in a beauty pageant and became the 4th runner-up in the 1995 Miss Georgia pageant. Following her graduation, she started her career as a reporter at WCBD from 1995 till 1999. After that, she joined WTTG in Washington, D.C, and later she left to join MSNBC in 2003. In 2007, she announced the co-anchor of Weekend Today and host the show till 9 May 2012.

She then landed a job in the ABC News network and began hosting a show like Good Morning America and later co-anchored 20/20. In the pandemic, she began hosting  Pandemic: What You Need To Know on ABC from March 2020 focusing on the COVID-19 in the US. Further, she also gained the highlight in 2019 while discussing her shutting down story on billionaire convicted sex offender and accused sex trafficker Jeffrey Epstein in 2015.

The anchor has married twice and divorced once. She first married a New Zealand cricket player, Tim McIntosh in 1996. The couple produced two daughters: Annalise and Ava. But their marriage didn’t last long and ended in divorce in 2008. She later re-married to an American actor, Andrew Shue in 2010. They first met at a book launch party and dating for years, they engaged in September 2009. Additionally, Andrew has also three sons: Nate, Aidan, and Wyatt—from his ex-wife Jennifer Hageney.

The journalist announced that she had been diagnosed with breast cancer in November 2013, on ‘Good Morning America’. She had a bilateral mastectomy and had to take some time off from broadcasting. Since doctors discovered a second malignant tumor in her other breast during surgery, the cancer was graded as Stage IIB, meaning that it had spread to her lymph nodes. Eight doses of chemotherapy, radiation, and reconstruction surgery were administered to her. As of 2021, she is cancer-free and her health became stable as of 2017. 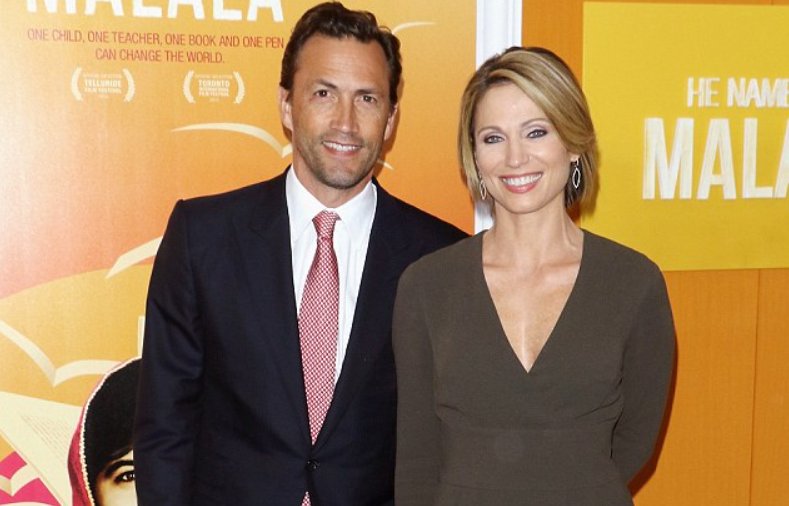 Talking about her earning, she has been making a good amount of fortune from her career. Therefore, she has a net worth estimated at around $10 million having an annual salary of $1 million. Her main source of income mainly comes from reporting news and working in several news programs.

She has a banana-shaped body structure with body measurements of 34-25-34 inches of chest-waist-hips respectively. Her slim body stands to a height of 5 feet 5 inches or 1.65 meters and weighs 55 kg. She has light blue eyes color with blonde hair color.