Amy Willerton is an English model, television personality, and beauty pageant titleholder. She won the first beauty pageant at the age of 17 as 2010 Miss Bristol, then 2011 Miss Bath, and Miss London 2012. In 2013, she became the first woman competing as Miss Great Britan to place in the semifinals (Top 10) at the 2013 Miss Universe contest.

Following that, she appeared in ITV’s reality show I’m a Celebrity…Get Me Out of Here! where she placed in the fifth position. Apart from her career, she is also focused on charity and philanthropist works including helping the disabled and raising funds for teenagers who like to achieve their dreams in the entertainment industry but lack finance. Wanna know more about the beauty with the brain Amy then keep on scrolling. 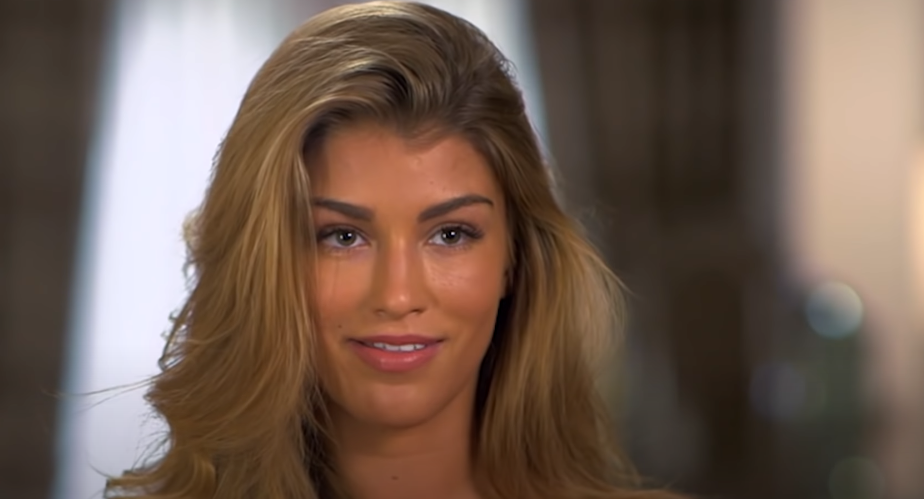 The gorgeous television star was born on 18 August 1992 under the zodiac sign, Leo. She was born as the daughter of her parents: Bruce and Sarah in Bristol, England, the United Kingdom. Further, she has two siblings: Erin Willerton and Ross Willerton. Additionally, she was reported to be a direct descendant of the Catholic Church cardinal Thomas Wolsey. She has a nationality of British and belongs to the white caucasian ethnicity.

Regarding her education, She attended Cotham School and North Bristol Post 16 Centre where she completed her A levels. She then decided to study Media at University in Cardiff but before that she dierted her decision to pursue her modeling career. At the age of 15, she started her modeling career and got her first break as a model after being discovered by English media personality Katie Price.

At the age of 17, she began to participate in beauty pageants and won the title of Miss Bristol. After that, she won Miss Bath in 2011 and Miss London in 2012. In 2013, she won the title of Miss Universe Great Britain in Birmingham and went on to compete at Miss Universe 2013 in Moscow, Russia. After the competition, she directly went on to appear in the reality show I’m a Celebrity…Get Me Out of Here! that filmed in Australia.

Besides that, she made appearances on the shows like This Morning, Good Morning Britain, Big Brother’s Bit on the Side, and Lorraine. She also became the third on the British series The Jump in February 2017. Back in 2015, she wrote for the Huffington Post and also became a speaker at the Oxford Union debating at the University of Oxford.

As of now, the 29-year-old (August 2022) is not single also not married yet. However, she is engaged to her longtime boyfriend Daniel Day in March 2019. From their lovely relationship, they welcomed a firstborn daughter named Demelza in January 2020. It is reported that the duo had moved to Dubai.

Previously, her name was linked up with the reality television star Joey Essex during their appearance on the ITV reality show. But their relationship did last for almost a year and walked their own path. Also, in 2014, she was rumored to have a romantic link up with a businessman named Rob Gough who was spotted having a dinner date at Aruba. 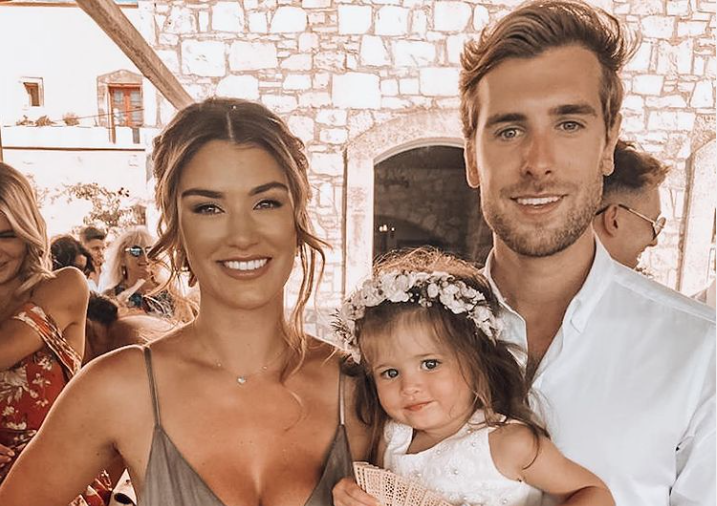 Caption: Amy Willerton and Daniel with their daughter.
Source: Instagram

How Much Does Amy Willerton Jones Earn?

Talking about her earnings, she surely is making a good income from her professional career as a model and reality television star. Also, the celebrity appeared in several British reality shows as well as talk shows. However, she has not disclosed exact information about her exact annual income.

The beauty has a slim curvy sexy body that has body measurements of 38 inches chest size, 25 inches waist size, and 35 inches waist size respectively. Her body stands to a height of 5 feet 8 inches or 1.73 meters and weighs around 58 kg. She has hazel eyes color with dark blonde dyed hair color.