Ansel Elgort is an American actor and singer who gained worldwide recognition for his role as Augustus Waters(a teenage cancer patient) in the romantic film, “The Fault in Our Stars”(2014). For his world-class acting in the hit movie he won several awards including “Choice Movie: Liplock”, “Fan Favorite Actor – Male”, “Best New Film Actor” the same year 2014.

Having his career started from the Off-Broadway production of Regrets, Elgort made his first breakout film debut with a supporting role in the horror film, “Carrie”(2013). On June 20, 2020, Elgort denied sexually assaulting a woman named Gabby via his Instagram: @ansel which has over 10 million followers after Gabby tweeted a viral tweet where she claimed of being sexually assaulted when she was just 17 in 2014.

What is Ansel Elgort Famous for? 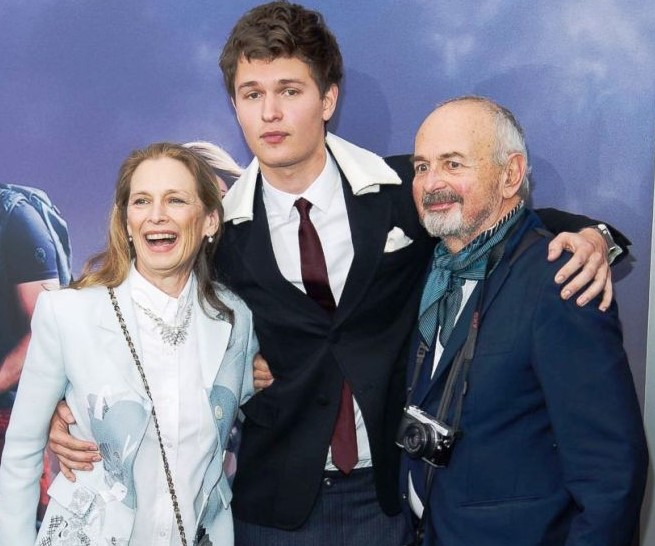 Where was Ansel Elgort Born?

Ansel Elgort was born on March 14, 1994, in Manhattan, New York City, United States. His birth name is Ansel Elgort. His nationality is American. Elgort belongs to White ethnicity and is of Russian Jewish, Norwegian, English, and German descent while Pisces is his zodiac sign.

Ansel was born in a well-renowned American family to Arthur Elgort(father) and Grethe Barrett Holby(mother). His father, Arthur is a fashion photographer who has worked extensively for Vogue for over 30 years while his mother, Grethe is an opera director and theatre producer, who is also known as the founder of American Opera Projects, and currently, she serves as Executive Artistic Director of “Family Opera Initiative”.

Elgort is of Russian Jewish heritage from his father’s side and is of English, German and Norwegian descent from his mother’s side. Ansel was born as the youngest child of his parents with his two older siblings: sister Sophie Elgort(born 1986), a fashion photographer, and brother Warren Elgort(born 1989), a cinematographer. His parental grandparents are Harry Elgort and Sophie while his maternal grandparents are: Warren Barrett Holby and Aase-Grethe, who even saved Norwegian Jewish children by moving them into neutral Sweden during World War II.

Read Also:  Is Geoffrey Zakarian a Multi Millionaire? Find Out!

Ansel grew up in his hometown where he attended the Fiorello H. LaGuardia High School along with that he also took classes at the Stagedoor Manor summer camp and the Professional Performing Arts School. When he was 9, his mother took him to try out for the School of American Ballet, which he attended for five years. Elgort began taking acting classes at age 12 and at LaGuardia he performed in the American musical “Hairspray”.

During high school, in 2009, he even appeared in “Teen Vogue” magazine alongside Polish model Jac Jagaciak in an editorial photographed by his father.

What Does Ansel Elgort Do For Living? 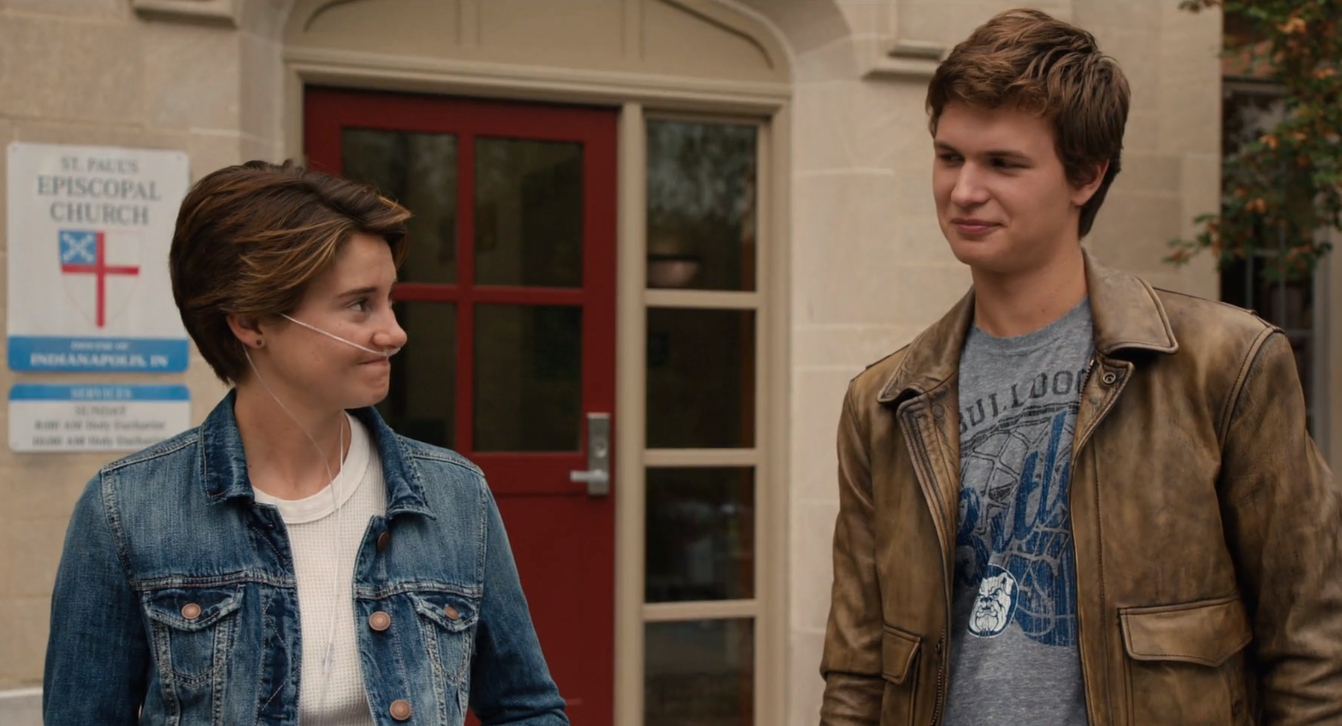 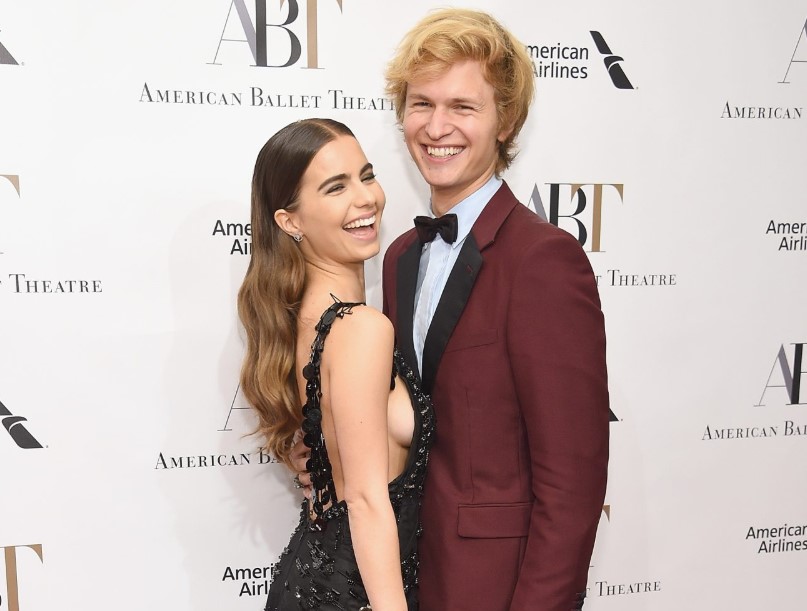 Who is Ansel Elgort Dating?

Ansel Elgort is currently in a relationship with his high school sweetheart, Violetta Komyshan. Violetta is a gorgeous lady who is a professional ballerina and fitness enthusiast and is quite popular with 1.1 million followers on her Instagram: @violetta.

Ansel and Violetta began dating in around 2010 since they first met at LaGuardia High School, however, because of Ansel’s busy career and hectic schedule, they broke up but eventually, they reconciled in 2015. The couple is still together even though it has been a long time since they first started dating. Besides, Elgort was also briefly rumored to be dating actress Kaitlyn Dever.

On June 19, 2020, Elgort was in headlines after a woman named Gabby claimed that Elgort sexually assaulted her back in 2014 when she was 17 via a viral Twitter post through her account:@Itsgabby on Friday. She deleted her Twitter account after her accusations drew tens of thousands of retweets, where she even claimed that she met the actor when they messaged on social media and was sobbing in pain when they had sex.

After the tweet went viral, on Saturday, June 20, 2020, Elgort denied assaulting the woman via his Instagram post acknowledging that he knew Gabby and said they had had a “brief, legal, and entirely consensual relationship” when he was 20 in 2014, but he said he did not behave well in their breakup.

What is the Net Worth of Ansel Elgort?

Ansel Elgort has quite great earnings from his professional career as a successful actor and singer. Having been in this field for a very long time for more than 8 years, Elgort who is still in his 20s has managed to amass a wealthy worth fortune from his hit movies, songs, and endorsement deals.

Belonging to a prosperous family, Elgort already had million worth fortune on his name and now with his own talent, he has managed to earn millions and millions of fortune. Elgort’s net worth is estimated to be around $20 million. Besides, he also serves as the brand ambassador for the designer Thom Browne.

How Tall is Ansel Elgort?

Ansel Elgort is a handsome guy in his 20s. With his magnificent smile and magical performance, Elgort has managed to win several hearts all around the world. He has a well maintained athletic body physique with 42 inches as his chest size and 32 inches as his waist size. He stands tall with a towering height of 6ft. 4inch.(1.93m) while his body weighs around 79kg(174 lbs). He has a fair complexion with light brown hair and dark brown eyes.