Bill Daily is an American actor and comedian who also had appeared in various television sitcoms and shows. He is highly recognized for his role Major Roger Healey on ‘I Dream of Jeannie’, Howard Borden on ‘The Bob Newhart Show’, and Dr. Larry Dykstra in ‘ALF’.

Furthermore, he has worked in several sitcoms and TV programs but he retired from the entertainment industry in 2011. However, he continued to do live stand-up comedies and appeared as a guest artist. Additionally, he also became a guest host on the radio KBQI in Albuquerque from 2006 to 2009. Let us scroll over to know more of his details. 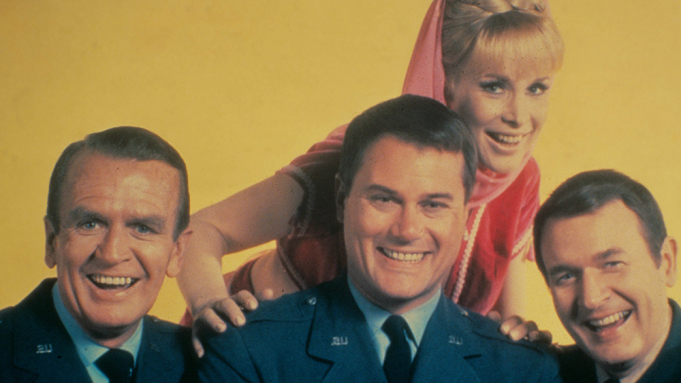 Caption: Bill Daily played the role of Major Roger Healey in the series ‘I Dream of Jeannie’.
Source: Variety

The comedian was born on 30 August 1927 as Willard Carroll Smith James Daily in Des Moines, Iowa, the United States. He was born as the son of parents Fern Ellis and Raymonde Daily. He spent many of his years in Chicago, Illinois after his father didn’t return when he went out to buy a bread loaf after two weeks of Bill’s birth.

Regarding his education, he attended Lane Technical High School as well as the Peterson Theatre School. However, he later left home to pursue his professional music career and played upright bass with the jazz band in many clubs. He had also served in the US Army during the 1950s in the Korean War with an artillery unit and later the entertainment unit.

Read Also:  How Much is Brian F. O'Byrne's Net Worth? |Thecelebscloset

Alongside his career as a musician, he also began to perform as a stand-up comedian in 1950. He then graduated from the Goodman Theatre School and worked for the NBC television station in Chicago as a floor manager and later staff director. However, his notable role came as an Army Major Roger Healey in 1965 ‘I Dream of Jeannie’.

Following the cancellation of the series, he appeared as Howard Borden in The Bob Newhart Show. He also served as a panelist in the 1970 CBS game show ‘Match Game’. Further, in 1987, he was appointed director of the New Mexico Film Commission. In 1988, he worked as a doctor in the sitcom ‘Starting From Scratch’. Though he has appeared in several series, he mostly did a live comedy and occasionally television guest. 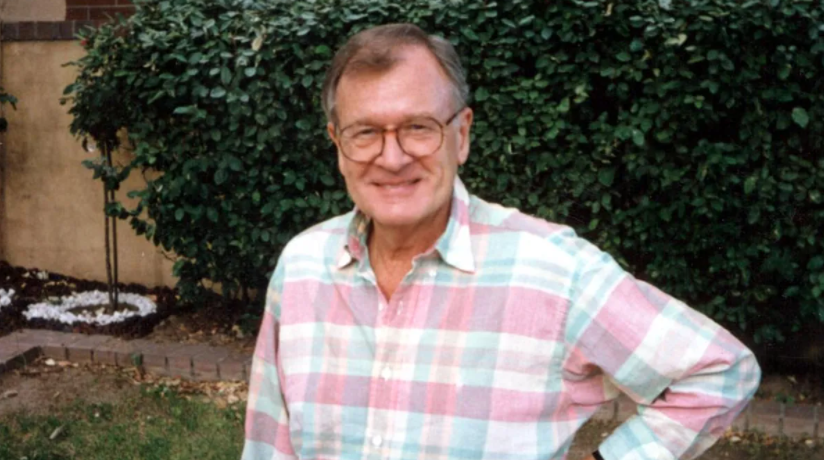 He was married three times and divorced twice. He first married his first wife Patricia Anderson in 1949. They didn’t produce any biological children of their own but they had adopted two children: a son, Patrick, and a daughter, Kimberley. According to sources, Kimberly has passed away but no information on it. In 1976, their marriage ended in divorce.

After years, he moved on and married for the second time to wife Vivian Sanchez. The couple traveled on the road performing Lover’s Leap. But this relationship of his also didn’t last long and finalized their divorce in 1983. Almost ten years later he married third time with his wife Becky Daily. But he had to separate from his third wife because of her death in 2010.

The comedian passed away five days just after turning 91 on 4 September 2018 in Santa Fe, New Mexico, the US. He died peacefully and naturally at his home. And his death was announced after three days of his demise by his family.

The actor has earned a hefty amount from his career in the entertainment industry. Therefore, he had a net worth estimated at around $10 million at the time of his demise.

He had an average body type that stands to a height of 5 feet 10 inches or 1.77 meters and weighs around 90kg. No information on his body measurements of waist or hips. He had black eyes color as well as hair color.