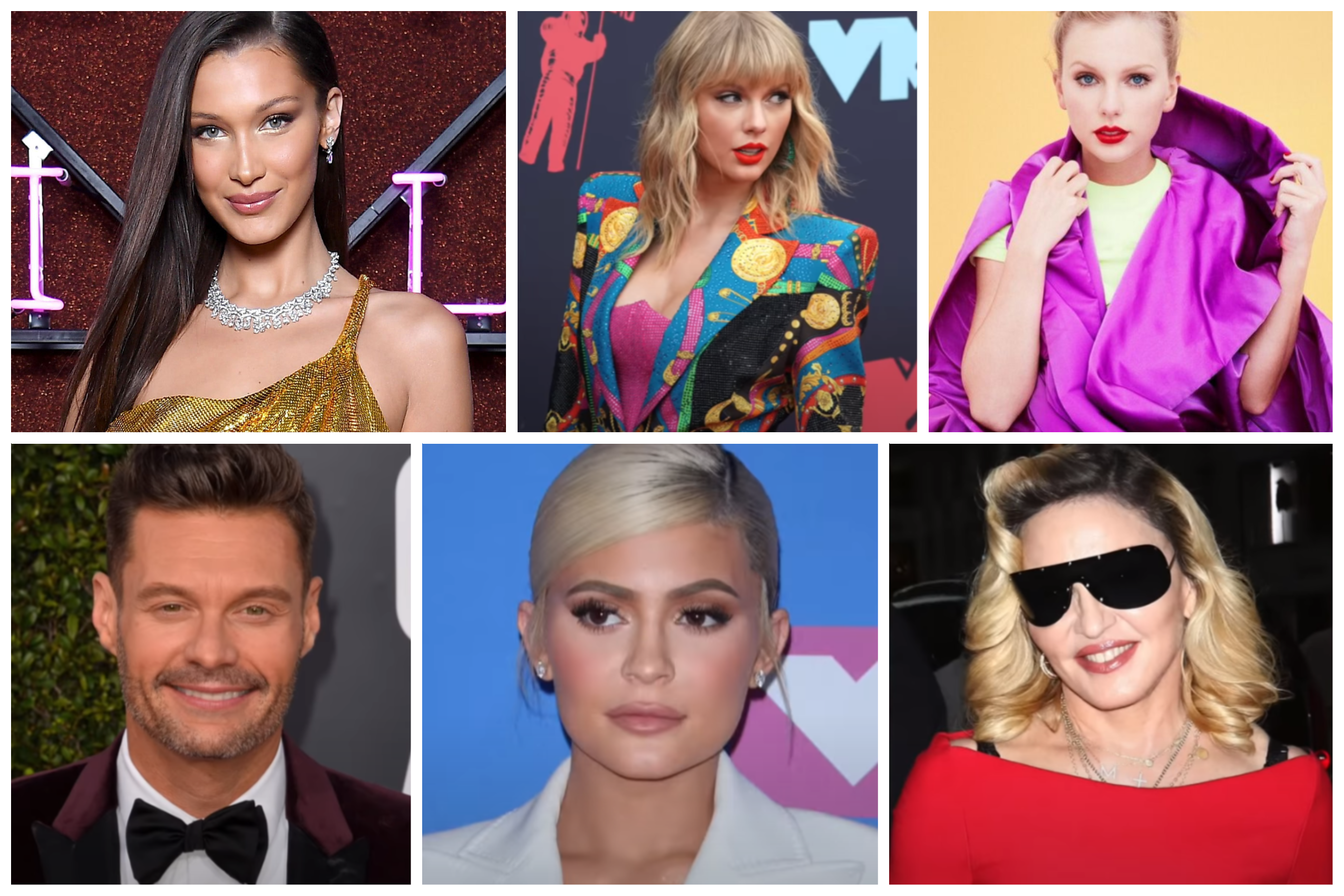 The glamour, the looks, the fashion sense, more precisely a best personality is what people of new generations are likely to bend towards these days. Talking about glamour, we can’t forget to mention the Hollywood world where celebrities with their beautiful and handsome faces, a perfectly maintained body physique exist.

With the up growing craze towards Hollywood, the celebrities expect us to think that they look great naturally for which some of them even undergo major changes of their appearances(whole body or some parts) which is termed as the “Plastic Surgery”. However, every plastic surgery isn’t as great as we think it to be because many stars have admitted that they’ve gone too far with face-lifts or have had plastic surgery nightmares. While some even haven’t admitted to undergoing plastic surgery(as if we can’t see..haha).

Who has the Best Celebrity Plastic Surgery?

In today’s article, let’s talk about those with the best plastic surgery, shall we?

(Shocked? me too.) Most of us don’t even know or have a thought that Ariana Grande has undergone any plastic surgeries. But when we look closely upon the photographs of Grande from her younger age to her adult more recently clicked photographs, we can find the difference. The part that she might have undergone surgery on is her nose as these days photographs have her nose look a bit thinner, a bit shorter, and a refined perfect nose. 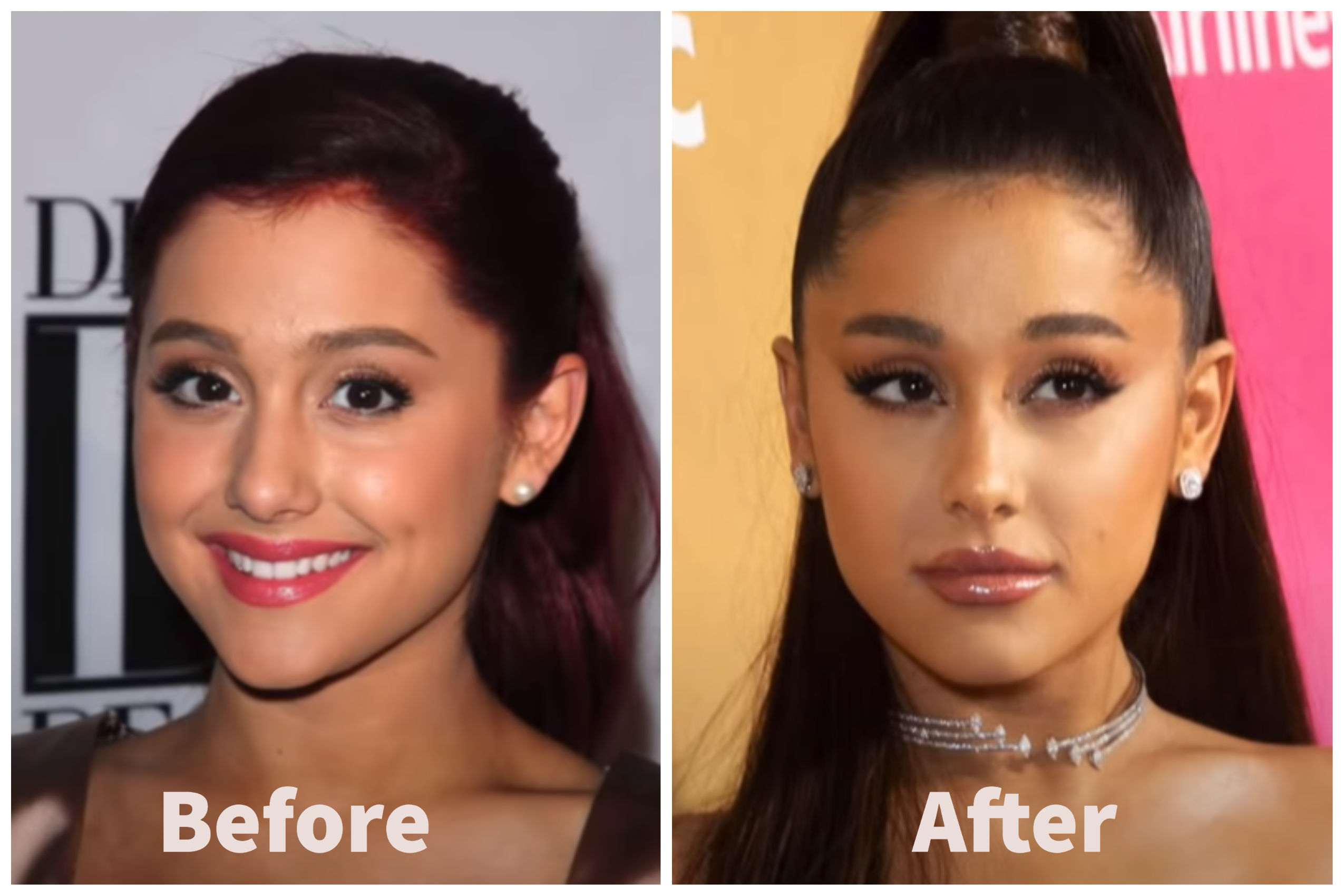 There might be some mixed opinions regarding this as some might think that it happened because of aging as she aged more her nose also matured at the same time. But according to Dr. Anthony Youn, a plastic surgeon that thing has been done. To be honest, Grande’s nose looks amazing and she herself a major beauty icon and a talented artist that Hollywood has ever got. 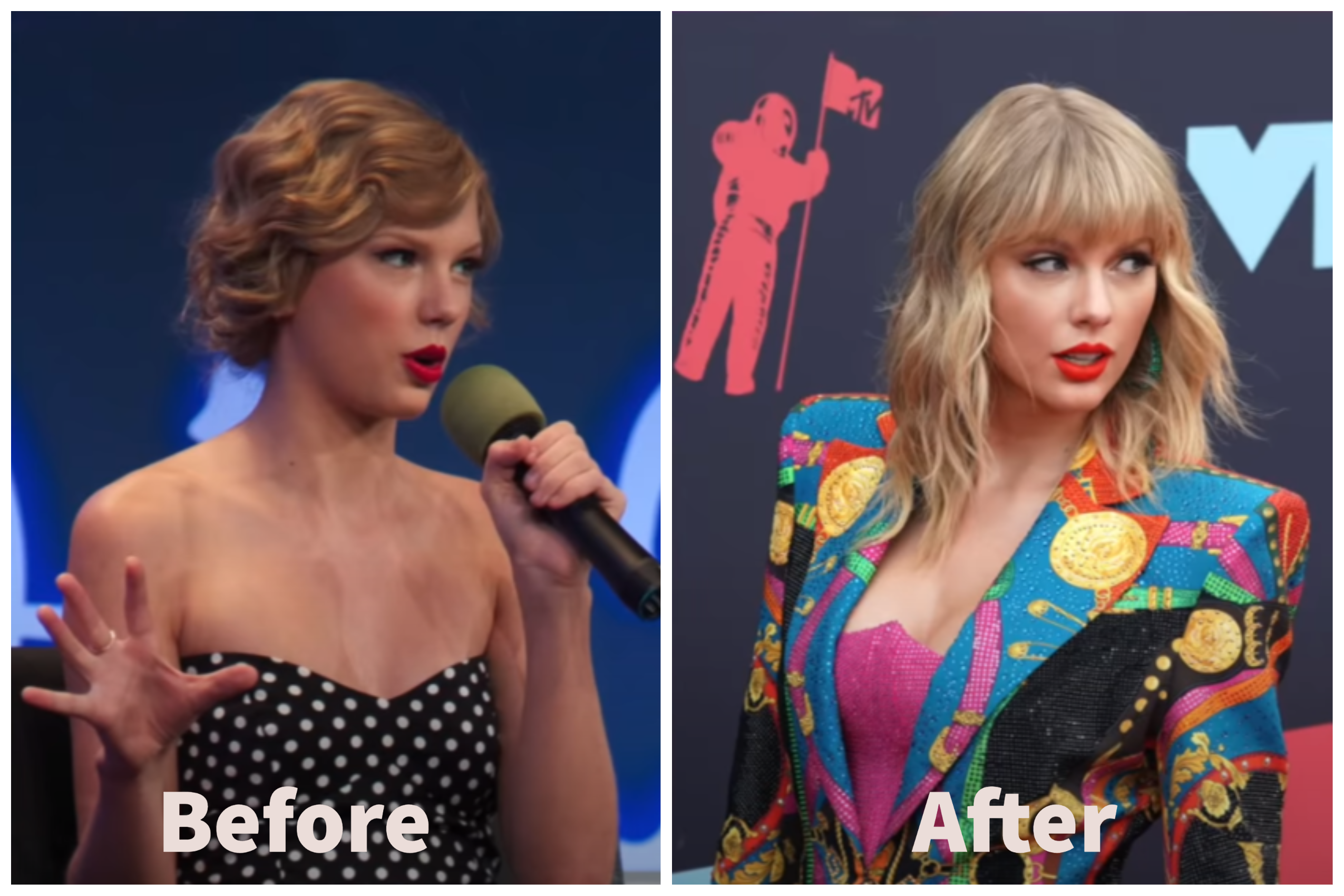 (Again shocked? Hold on) Taylor Swift might not have done any plastic surgeries on her face as it’s difficult to point out but she surely might have gone through a recent breast augmentation. It’s hard to get but when we look closer at her recent body photographs, we can find that she looks like having a B-cup breast size while earlier in her career she was closer to an A-cup. Whatever it is, that breast augmentation fits her frame perfectly and she looks fantastic as always. 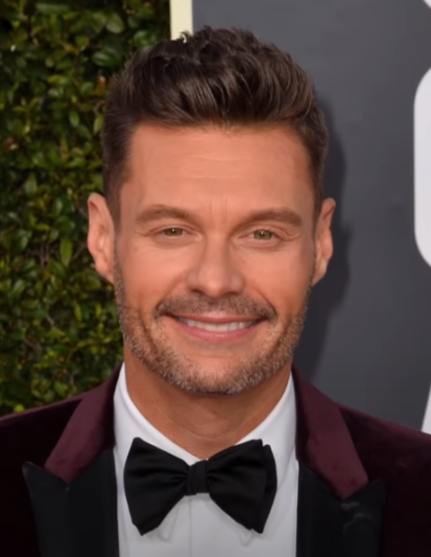 Not only women have undergone plastic surgery, but also men. We talking about Ryan Seacrest who has had a nose job as looking at his pictures he’s got a very straight perfect nose which is quite different than his younger days photos which shows his nose a little bit crooked and different.

It’s surely no big deal, as nose jobs are the most common plastic surgery in Hollywood.

Ranking in the top list of best plastic surgery we have the legendary singer, Madonna. Madonna had gone through two facelifts as there are signs pointing out the facts. The first one is that she has a very sharp neckline which she got with facelift surgery when she was much younger. The fact that she is a 50+ woman but with a perfect neckline it is pretty obvious that she had had help from a plastic surgeon. 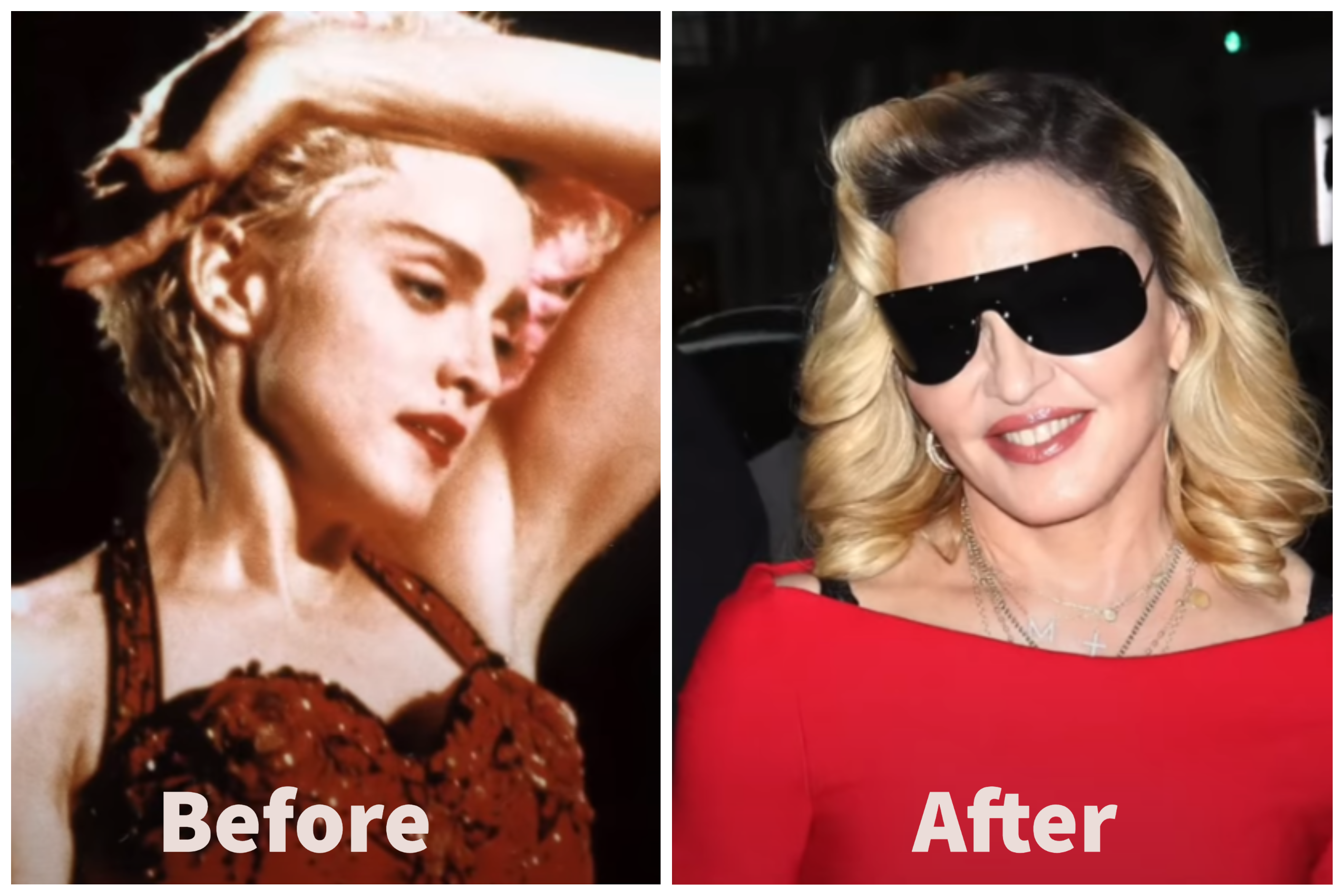 The other surgery that she underwent is her plump face glow as she has a very soft face which is sure because of some injections of fillers whether Sculptra or maybe Juvederm. 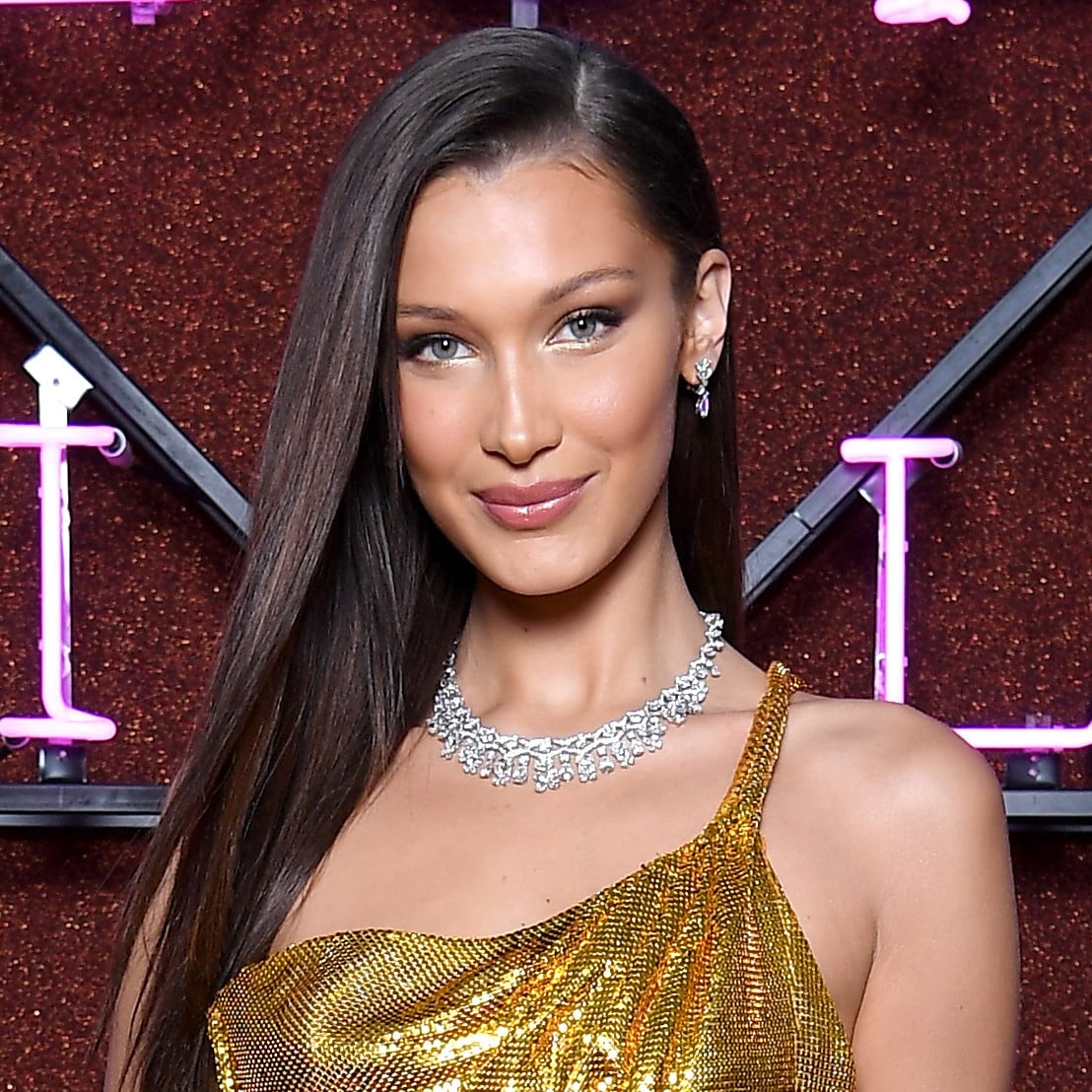 The surgery that turned a normal girl into a supermodel is surely the Hadid sister, Bella Hadid. However, Hadid has never admitted to having done any surgeries but it’s quite obvious when we compare her before and after pictures. She has always denied having any surgeries or any fillers however as per some surgeons, Bella is believed to have had include rhinoplasty(nose job), Botox, dermal fillers, and buccal fat pad removal.

Her face even appears more slender, angular, and less rounded than her earlier days face.

(not so shocking, is it?) The one with the best celebrity plastic surgery is none other than the fashion and business tycoon, Kylie Jenner. Jenner even has admitted having her lips injected with filler in past. It was her insecurity for her small lips for which she decided to have her lips done with fillers, besides some even doubt if she had her breast enlargement. 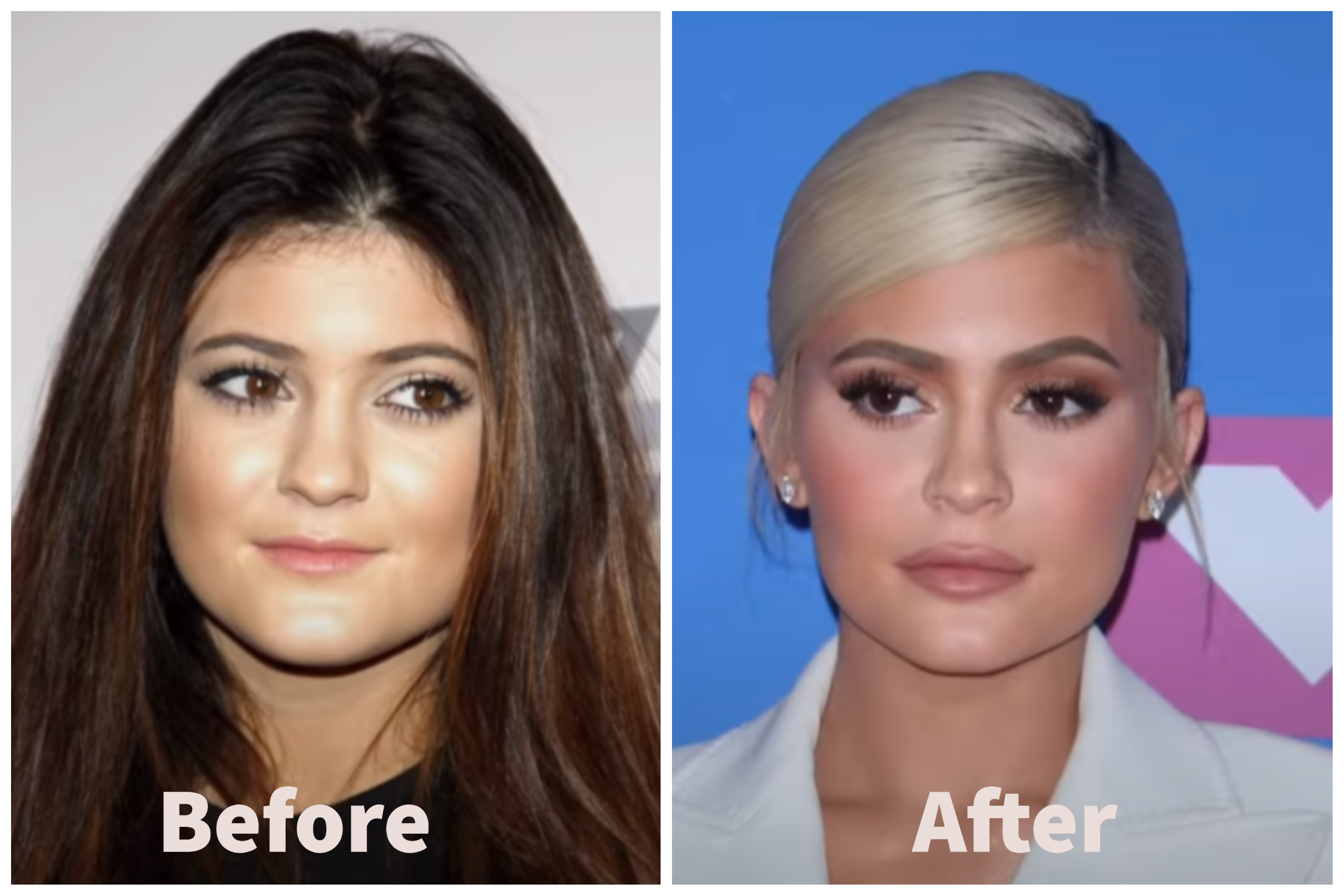 Jenner, one of the Kardashians’ sisters is actually a billionaire personality with the most followed Instagram account who looks stunning and gorgeous with her perfectly done hour-glass body physique is loved by millions worldwide.