Cyndi Lauper is a singer, songwriter, actress, and activist from the USA whose career has spanned over 40 years. She released her album “She’s So Unusual” in 1983. Her debut solo album broke many records including becoming the first female debut album to produce 4 songs on the Billboard Hot 100 Top 5. Those singles included; Girls Just Want to Have Fun, All Through the Night, Time After Time, and She Bop. Her success then rose with the soundtrack for the motion picture “The Goonies” and her second record “True Colors” (1986). Since 1983, Lauper has released eleven studio albums and participated in many other projects. She made her theatrical film debut in an uncredited role in the movie Girls Just Want to Have Fun in 1985. Later in 1988, she made an appearance in the movie Vibes in the credited role of Sylvia Pickel. She made her first TV show appearance as herself (singer) in the TV series An Evening at the Improv in 1982. Lauper has sold over 50 million records worldwide winning awards at the Grammys, Emmys, Tonys, the New York’s Outer Critics Circle, MTV Video Music Awards (VMAs), Billboard Awards, and American Music Awards (AMAs). She has been celebrated for her humanitarian work, particularly as an advocate for LGBT rights in the United States. She is very supportive of LGBT rights and fights for equality because she feels that everyone deserves equal opportunities and equal chances of living. Her elder sister who she cherishes and regards as her role model is a lesbian. They have both shown support for each other since they were very young.

What is Cyndi Lauper Famous For?

What nationality is Cyndi Lauper?

Cyndi Lauper took birth on June 22, 1953. She is from Boulevard Hospital in Astoria, Queens, New York City, the USA. Her born name is Cynthia Ann Stephanie “Cyndi” Lauper. She holds American nationality while her ethnicity is Mixed as her father has Swiss-German descent, and her mum has an Italian American. Her present age is 69 as of 2022.

Cyndi spent her early childhood with her older sister, Ellen, and a younger brother, Fred. After she turned four, she relocated to Ozone Park, Queens where she grew up in a railroad-style apartment. Her mother later remarried which ended in a divorce. At age 12, she began writing songs and playing an acoustic guitar given to her by her sister. On a friend’s suggestion, she began to spell her name “Cyndi” rather than “Cindy”.

She went to Richmond Hill High School but was expelled. However, she did earn her GED. As a teenager, she, along with her sister, received rape threats from their stepfather who also used to spy on her when she took baths. Due to this, she left home at 17. Her journey took her to Canada, where she spent two weeks in the woods with her dog Sparkle, trying to find herself. She ten traveled to Vermont and started taking art classes at Johnson State College and supported herself by working odd jobs. She gave the commencement address at Northern Vermont University-Johnson, the academic institution that now includes Johnson State. At this event, NVU awarded her the honorary degree of Doctor of Letters in 2019. 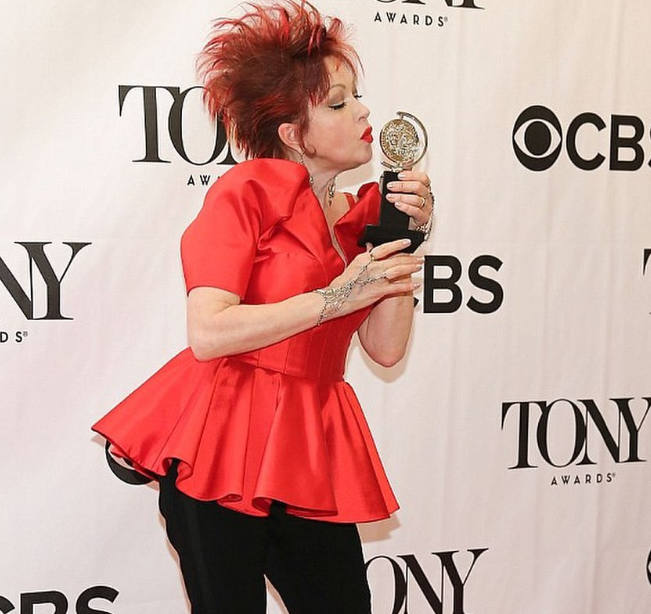 Who is Cyndi Lauper married to?

Cyndi Lauper is a married woman. She tied a knot with her husband, David Thornton. David is an actor who is known for his roles in John Q, Home Alone 3, Law & Order, and The Notebook. David Thornton met Cyndi Lauper, fell in love with her, and married her 3 years after she broke up with David Wolff on November 24, 1991. Together, they have a son, Declyn Wallace Thornton Lauper (born on November 19, 1997). 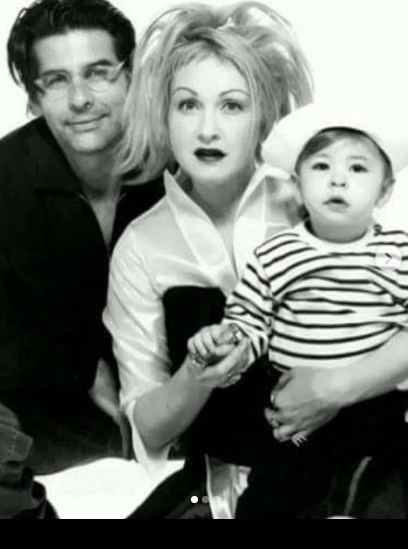 Previously, she began her relationship with David Wolff in 1982 which lasted for six years and, ended in 1988. The split was hard on Cyndi that she almost ended her career. She was sexually assaulted in the early years of her career by a member of a cover band she was part of. During this period, she also became pregnant by a former boyfriend. Despite wanting to keep the child, this man pressured her to have an abortion.

Everything To Know About Declyn Lauper

What Rich is Cyndi Lauper?

Cyndi Lauper is a successful singer who has made a huge fortune releasing several songs and albums. The net worth of Cyndi is estimated to have $50 Million as of 2022. She is making her salary in millions of dollars from her work. From the album, “She’s So Unusual”, she earned an estimated $16 million. Similarly, she made around $7 million from the album, “True Colors”. Her primary source of wealth comes from the music industry and she is also making a cool amount of money from the entertainment industry and brand endorsement as she has done endorsement work for brands such as Dominoes Pizza (Japan), Dr. Pepper, Sticklets Gum, Trivial Pursuit Totally ’80s edition board game. Today, she is living a luxurious lifestyle.

How tall is Cyndi Lauper?

Cyndi Lauper is a beautiful singer with a standing height of 5 feet 3 inches. Her body weight consists of around 50 kg. Her body measurements is 33-24-33. She has blonde hair and green eyes. She has openly discussed her psoriasis, including in advertisements for Cosentyx.