Denise D’Ascenzo was an American journalist and news anchor. For33 years, she has been serving as a television anchor at the WFSB-TV in Connecticut, making her longest-serving anchor at the network. She separated from her work because of her demise. She passed away in her sleep on 7 December 2019 at her home at the age of 61.

Throughout her career, she has reported many news on her more than three decades-long reporting news. For her news delivery, she has won 12 Emmy Awards including Best Anchor, two Edward R. Murrow Awards, seven Associated Press Awards, and a national Gabriel Award. In addition, Connecticut Governor Ned Lamont announced on 29 January 2020, in honor of the news anchor’s birthday, he signed a proclamation establishing Thursday, 30 January 2020, as “Denise D’Ascenzo Day” in the state of Connecticut. 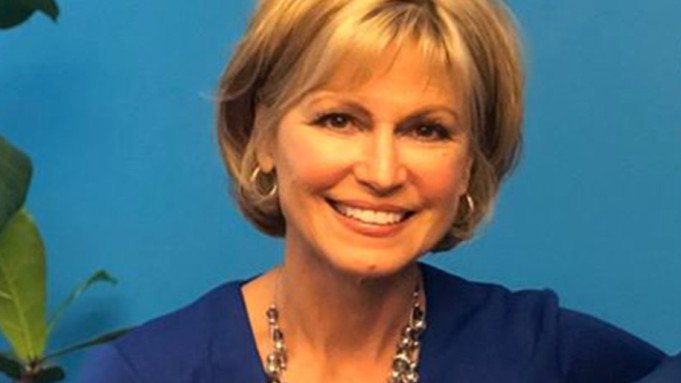 The reporter was born on 30 January 1958 in Washington, D.C. but grew up in Suburban Rockville, Maryland. She was born as the daughter of father Salvatore Joseph D’Ascenzo and mother Rita D’Ascenzo. She grew up along with her three sisters: Donna, Diane, and Debbie. Regarding her education, she graduated from Syracuse University with dual degrees in broadcast journalism and political science.

However, she became interested in reporting field from the young age of 12. During her high school time, she became editor-in-chief of the school newspaper. She had also attended Medill School of Journalism at Northwestern University in her summer journalism program. She joined WIXT-TV in Syracuse during the senior university years reporting on the weather forecast. Before moving to Cleveland, she has worked as a reporter in St. Louis and KSDK-TV’s talk show host.

After moving to Cleveland, she landed a job as a news anchor for WJKW-TV. Furthermore, she joined WFSB-TV in 1986 and served as a reporter/anchor until her death in 2019. For her work, she has gathered several awards and inducted into the Silver Circle in 2013 bestowed by the National Academy of Television Arts and Sciences for her contributions to broadcasting. Additionally, she became the first woman to be inducted into the Connecticut Broadcasters Association Hall of Fame in 2015.

Talking about her love life, the successful reporter has a successful love life as well. She has married her husband Wayne Cooke. He was born in 1955 in the United States of America whose family ran a local orchard. no information on their marriage date or dating history disclosed in the media.

Furthermore, the couple has welcomed a daughter named Kathryn from their marriage. She was very close to her husband and daughter until her death. Unfortunately, the report passed away at the age of 61, on 29 January 2020 in her sleep at her Branford, Connecticut-based home. The reason behind her death is suspected of a heart attack.

She had earned a huge amount of money from her career as an anchor and reporter. She had worked in the journalism field for over three decades and maintained a considerable salary from it. Therefore, her net worth has estimated at around $1 million. Additionally, the average salary of an anchor/reporter ranges from $72,000 to $200,ooo.

There is an unverified Instagram under the account-name @thedenisefoundation with more than 1.1k followers. On Twitter, we can see an unverified account @DeniseDAscenzo with over 6k followers.

She had a slim and well-maintained body that stands to a height of 5 feet 4 inches or 1.64 meters. Her body weighed around 62 kg with unknown body measurements. She had blonde hair color with brown eyes color.

Read Also:  Who is the Richest Baldwin?