Did Denise Richards, Brandi Glanville Have An Affair? Is Denise Richard is leaving 'The Real Housewives Of Beverly Hills' - Wikiodin.com 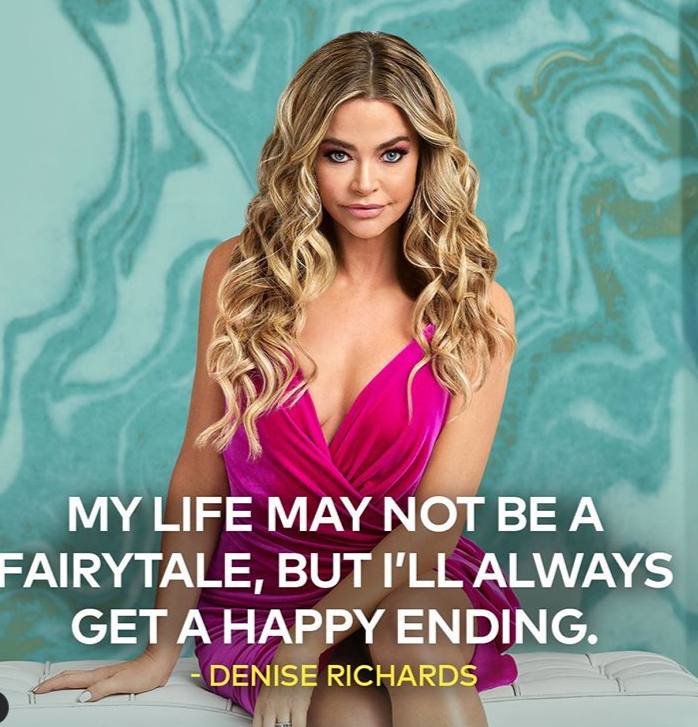 One of the most beautiful and hottest women of all the time, Denise Richard recently is in the rumor of having a relationship with her costar of The Real Housewives of Beverly Hills, Brandi Glanville. However  Denise denies Brandi’s allegations, she said to US Weekly that she is faithful to her husband Aaron Phypers.

Denise is an American actress, model, and television personality. She is widely known after her role as Carmen Ibanez in Starship Troopers (1997), Kelly Van Ryan in Wild Things (1998), a bond girl in The World is Not Enough in 1999. She has appeared in many other famous movies like Drop Dead Gorgeous, Valentine, Undercover Brother Scary Movie 3, etc. She has appeared in many television shows and series like Dance With The Star, Blue Mountain State, etc.

She has a Magazine cover grace as she has posted a nude pictorial in Play Boy magazine in 2004, Semi-nude picture for the magazine Jane in 2006. She was in many magazines covering pictures for magazines like Cosmopolitan, Redbook, Details, and many more.

Denise Richard got engaged with the actor Charlie Sheen on December 26, 2001. The couple tied on knot after six months of their engagement on June 15, 2002, at the estate of Spin City. The couple has 2 daughters and one more daughter that Denise adopted in June 2011. Denise filed for divorce from Charlie on April 19, 2006, and the divorce was finalized on November 30, 2006. She started dating Aaron Phypers in December 2017, and on September 8, 2018, they got married in Malibu California.

Denise’s co-star from the “The Real Housewives Of  Beverly Hills” Brandi Glanville claimed that she had an affair with Denise. According to Brandi, she said ” I had been out with her and Aaron, and Aaron was okay if Denise wanted to be with a girl”..”The first night we met, something happened, we were completely wasted “.  According to Denise, she was never in such relationships and she had never slept with Brandi it absolutely didn’t happen,  Denise denied the allegation multiple times. However, Brandi said she has many text messages between them which is enough proof of their affair.

Everything you need to know about Brandi Glanville

Denise said ” I actually had so much fun my first season, and I formed genuine friendships. ” Denise said in an interview with Washington Post ” I did have an affair, there’s  definitely consistent with the subject matter that comes up on this Housewives season, and that’s all I’ll say.”

Denise Richard is leaving ‘The Real Housewives Of  Beverly Hills’

Denise announced that she is leaving the reality show The Real  Housewives Of Beverly Hills, after two seasons.  Denise one of the famous stars in the show shocked her fans as she announced her leaving from the show. She didn’t give any statement and comments on why she is leaving the show. She joined in the show in its 9th season on February 12, 2019, and she continued the show on its 10th series which was premiered on April 15, 2020.