If you have watched American reality television series ‘Wahlburgers’, then you must recognize the star, we will be discussing in the post. The multi-talented Donnie Wahlberg is an actor, singer, songwriter, as well as record producer. He started off his career as a singer form the boy band New Kids on the Block.

Furthermore, he has also gained nominations for his role in the series and films like ‘Saw II’ and ‘Blue Bloods’. He has been working in the series ‘Blue Bloods’ since 2014 as a ‘Detective Danny Reagan’. There he has shared the screen with stars like Will Estes, Tom Selleck, and Vanessa Ray. Let us scroll below to know more information on his personal life, career, and net worth. 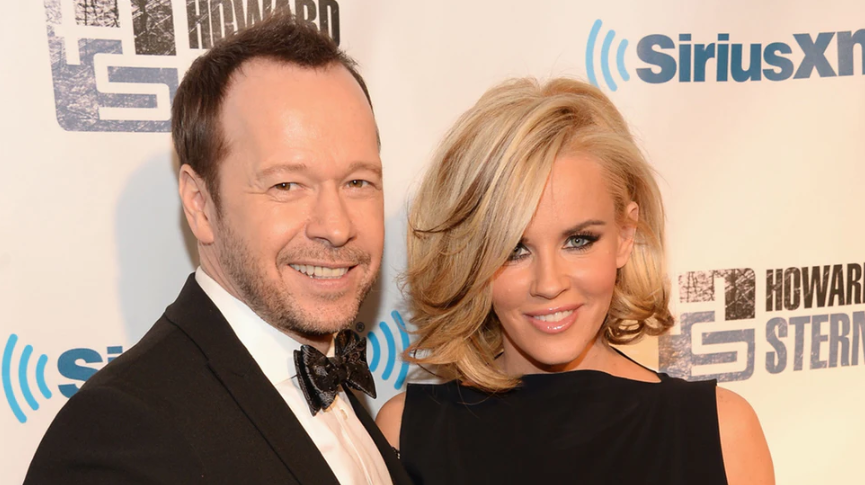 Caption: The American actor and singer Donnie Wahlberg with his wife.
Source: Bustle

The multi-talented personality was born on 17 August 1969, in the Dorchester neighborhood of Boston, Massachusetts, USA. He was born as the eighth child out of nine children to parents Donald Edmond Wahlberg Sr. and Alma Elaine. He has older siblings; Arthur, Jim, Paul, Robert, Tracey, Michelle, and Debbie. His younger brother, Mark had also begun his entertainment career as the leader from the rap group ‘Marky Mark and the Funky Bunch” in early 1990. Additionally, he also has three half-siblings from his father’s first marriage: Donna, Scott, and Buddy.

Further, his mother worked as a bank clerk and nurse’s aide, while his father a teamster who worked as a delivery driver. However, their parents divorced in 1982 while he was 13-years-old. He has a mixed ethnicity of Swedish, Irish, English, and French-Canadian descent.

He started his career as a singer and songwriter and known as an original member of the boy band ‘New Kids on the Block’. After a decade of stepping out as a singer, he started his acting career and debuted with his first film in the 1996 film ‘Bullet’. Also in 1996, he appeared as a kidnapper in Ransom with Mel Gibson. In the same year, he appeared in films like ‘Ransom’ and ‘Black Circle Boys’. Following that, he went back to his home town and starred in the South Boston-based film Southie.

Then in 1998, he debuted his television career as well from a role ‘Mr. Grey’ in the TV film ‘The Taking of Pelham One Two Three’. However, he received a lot of attention when he appeared in the 1999 film ‘The Sixth Sense’ where he played the patient of Bruce Willis. Thereafter, he has played in many series, movies, as well as in Television films.

He appeared in the ten episodes of series ‘Band of Brothers’ and 24 episodes of series ‘Boomtown’. In 2010, he became the main cast of the series ‘Blue Bloods’ which is still running. For his role ‘Detective Danny Reagan’, he received a nomination in People’s Choice Award for Favorite TV Crime Drama Actor in 2017. As a guest role, he has appeared in the series like ‘The Practice’, ‘The Path to 9/11’, and ‘Fuller House’, many others.

Furthermore, he along with his siblings Mark and Paul launched a reality show ‘Wahlburgers’ that focused on the relationship between siblings. In addition, His film credits include 2003 ‘Dreamcatcher’, 2005 ‘Saw II’ and its series,  2008 ‘Righteous Kill’, and 2011 ‘Zookeeper’, amongst others.

Moving toward his marriage life, he has married twice and divorced once. Previously he has married a sound engineer and musician Kimberly Fey. Then-couple married on 20 August 1999, however, their relationship didn’t long last and began to turn sour in 2008. Therefore, they decided to end their marriage and finalized their divorce on 31 August 2008, citing irreconcilable differences. Together, they had produced two sons.

After a few years of his divorce, he began to date actress and comedian Jenny McCarthy. They reportedly began dating after their first meeting on talk show ‘Watch What Happens Live’ during March. On 16 April 2014, he announced his engagement followed by his wedding on 31 August 2014. They wedded at the Hotel Baker in St. Charles, Illinois in a closed marriage ceremony. 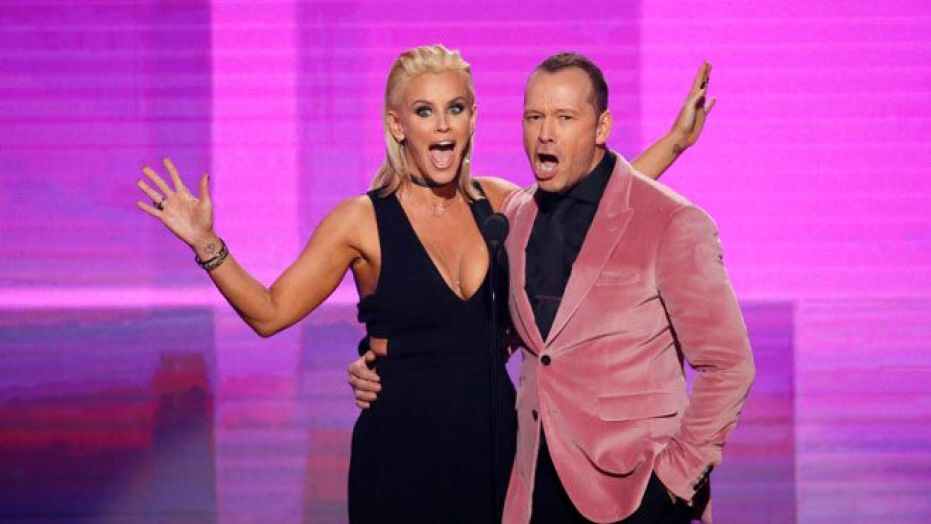 Furthermore, he has involved in allegedly charged back in 1991. At that time, he was in the boy band kids group ‘bad boy’ and partying with his fellow band member in Danny Wood. While partying, Wahlberg dumped vodka on a hallway carpet and ignited in the Seelbach Hotel in Louisville. After being arrested, Wahlberg was initially faced up to twenty years in prison. But after agreeing to appear in public-service videos addressing fire safety, drug abuse, and drunk driving, his prison sentence lessened.

Talking about his body measurements, he has a fit body that stands to a height of 1.77 meters or 5 feet 10 inches. His body has a weight of around 78-82 kgs but not available his body statistics. He has light brown hair and eye color.