Edward Keddar Nketiah, professionally known as Eddie Nketiah is an English professional football player. He plays as a striker for the English club Leeds United. He started his youth career from Chelsea and later joined the youth system of Arsenal in 2015. After making his senior debut for Arsenal in 2017, Arsenal loaned him to Leeds United in 2019.

He has represented the England national team at different age levels. He has yet to represent the England senior team. 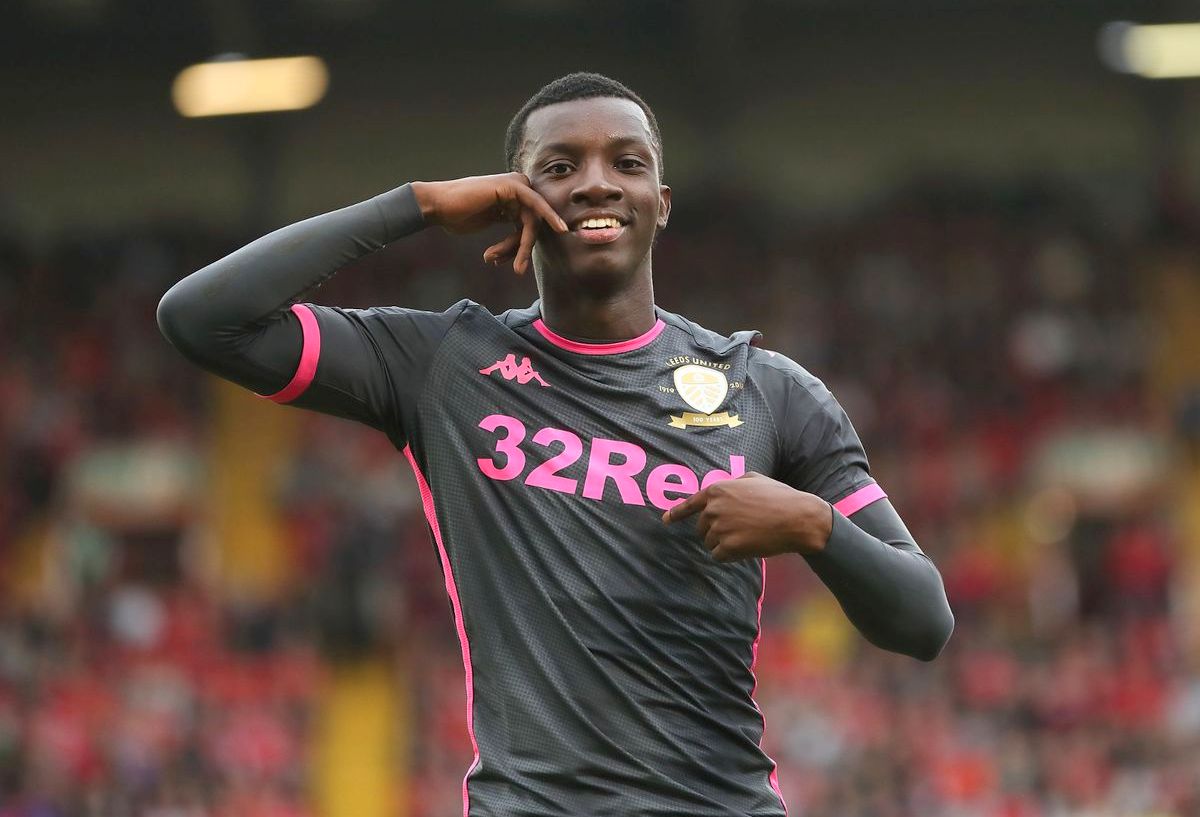 What is Eddie Nketiah Famous For?

Where is Eddie Nketiah Born?

Eddie Nketiah was born on 30 May 1999. His birth name is Edward Keddar Nketiah. His birth place is in Lewisham, London in England. He holds English nationality. He belongs to a black ethnicity. Information about his parents will be updated soon. 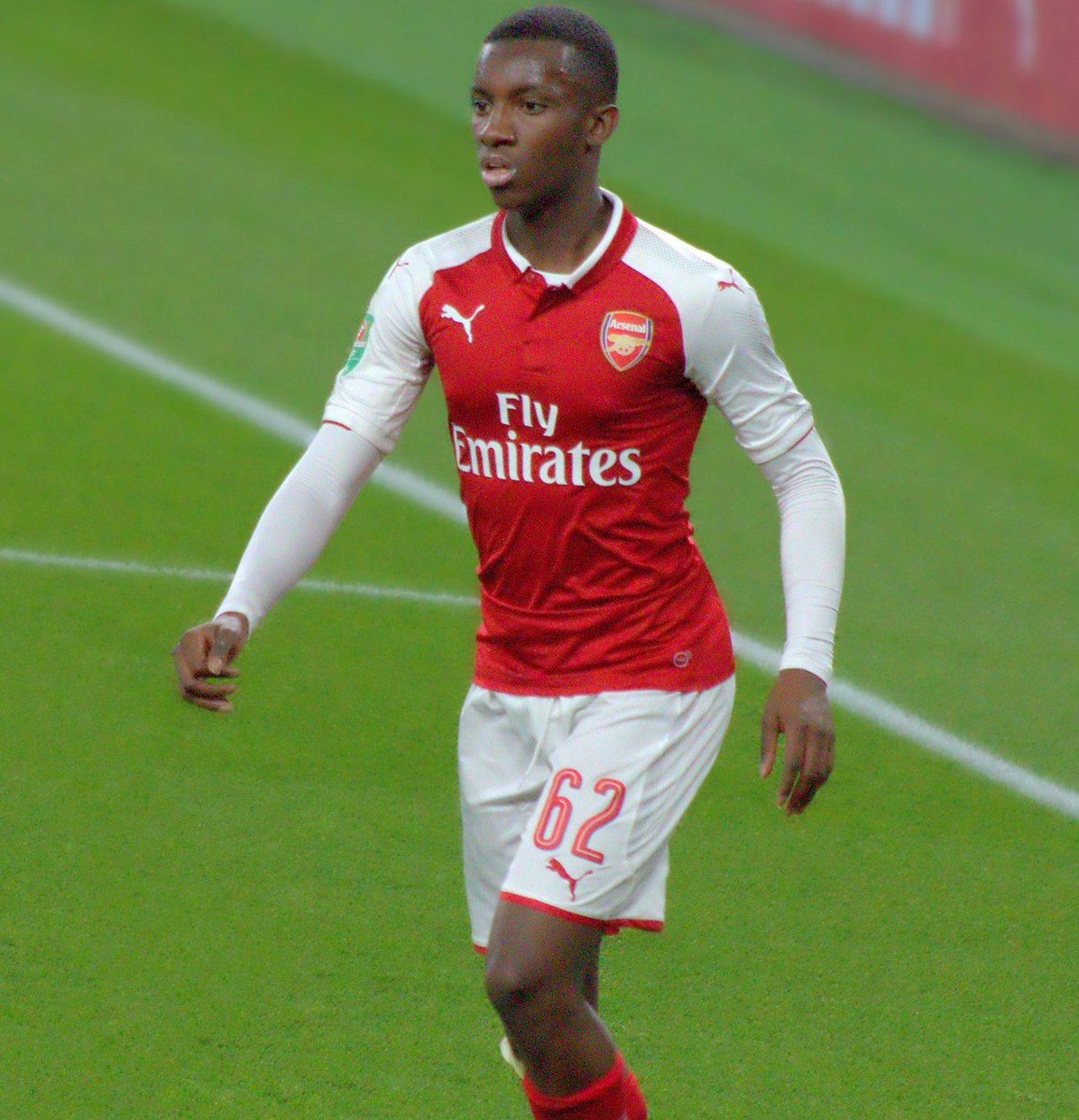 He started his youth career with English club Chelsea. While playing for south-east London Sunday team Hillyfielders, Chelsea scouted him at the age of nine.

He then joined the Arsenal Academy in 2015.

He made an impressive performance for Arsenal’s youth team during the 2016-17 season.

Following the 2016-17 season, Arsene Wenger called Nketiah to the first team for the club’s pre-season trip to Australia and China.

He made his professional debut in the Europa League match against BATE Borisov in September 2017. He came on in as a late substitute for Joe Willock in the 89th minute.

He scored his debut Arsenal goal in the League Cup match against Norwich City, where he came on in as a substitute in the 85th minute and scored a goal with his first touch to the ball. 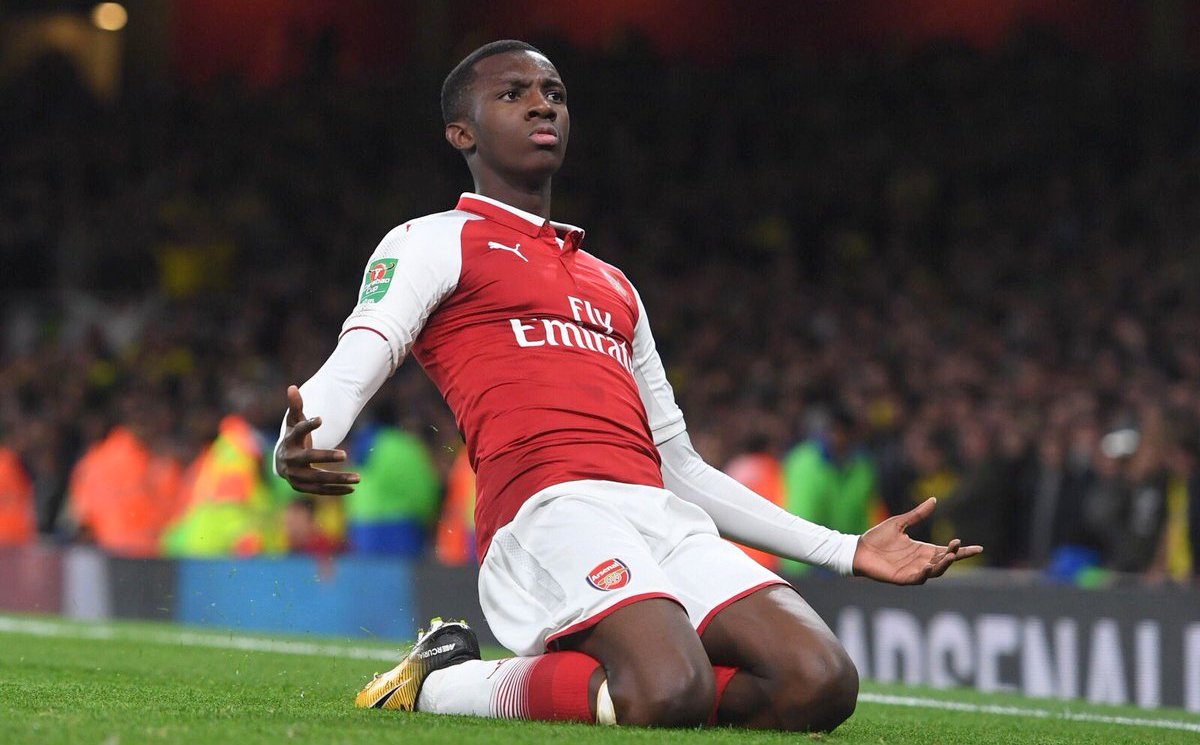 Arsenal was set to loan Nketiah to German club Augsburg in January 2019 transfer window. However, the club kept him at the club following Danny Welbeck’s injury.

He scored his debut Premier League goal against Burnley on the last day of the 2018-19 season.

He was an unused substitute for Arsenal that finished runners-up in the 2018-19 UEFA Europa League final.

He scored 4 goals in Arsenal’s friendlies during the 2019-20 pre-season.

He made his Leeds United debut against Salford City in the EFL Cup on 13 August 2019. He scored his debut goal for the club in the same game.

He scored his Championship debut goal against Brentford.

Nketiah scored in the normal time as well as in the penalty shootout against Stoke City in EFL Cup. Despite, Nkeitah’s goals, Leeds lost to Stoke City on penalties. 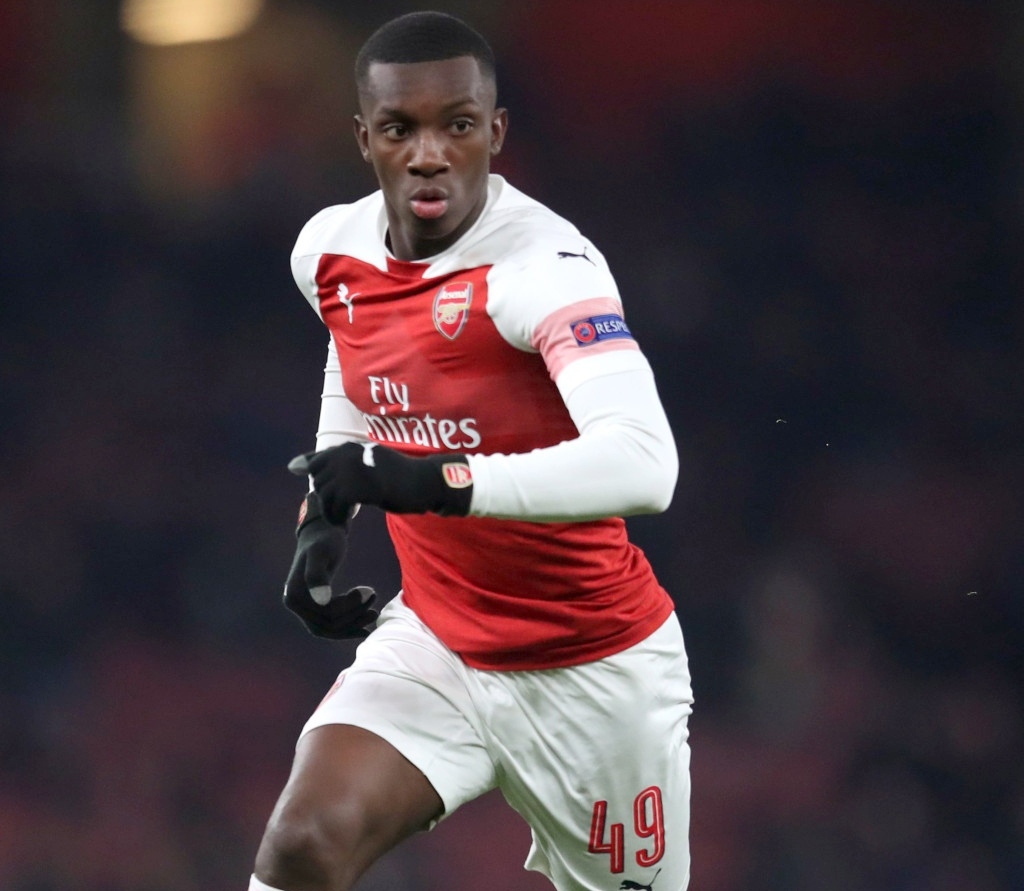 Nketiah is eligible to represent both England and Ghana national teams.

He chose to represent the England youth team.

He made his England debut representing England’s U18 level in March 2017.

He scored a hat-trick against Qatar U19 team.

He scored 4 goals for England U19 team against Faroe Islands in the 2018 UEFA European U19 Championship qualifier.

He scored two goals for the England U21 team against Scotland in the Toulon Tournament semi-final in May 2018. England U21 won the tournament, where he assisted the winning goal against Mexico in the final.

He reportedly turned down a call up from Ghana manager James Kwesi Appiah to represent Ghana senior team in January 2019. 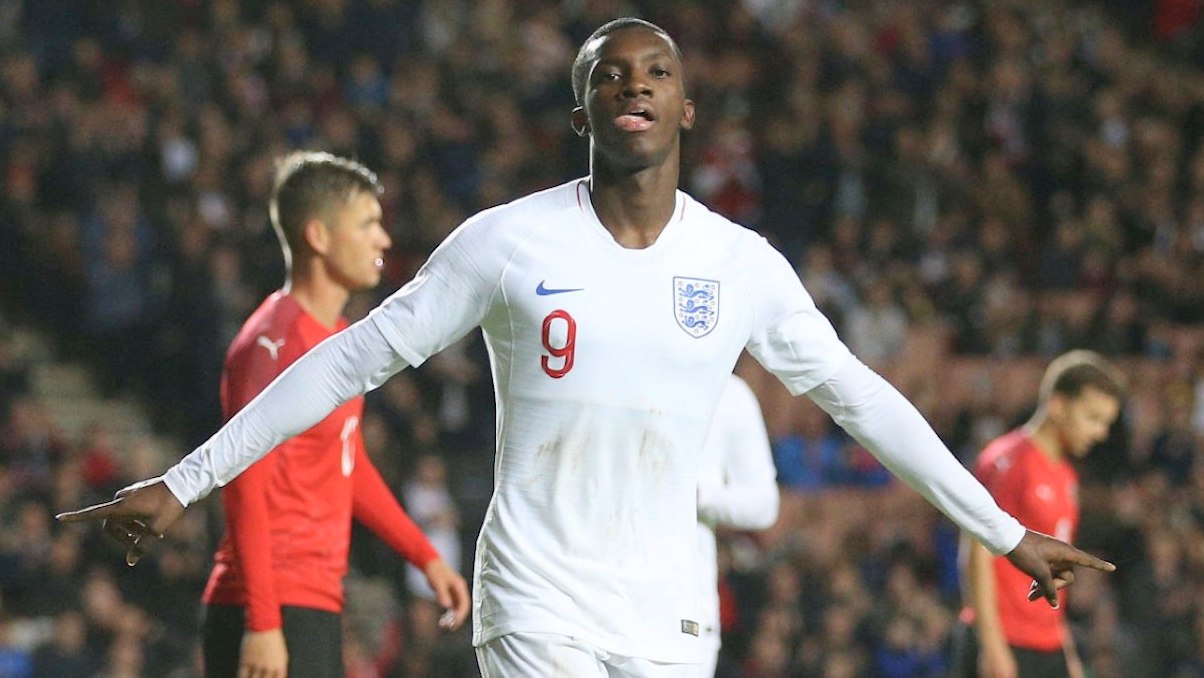 Who is Eddie Nketiah Dating?

Eddie Nketiah is reportedly single. He is an aspiring football player and is focused on his professional career. His social media accounts do not reflect his involvement in a relationship with anyone. He might be secretly dating someone. More information about his personal life will be updated soon.

He has already garnered over 200k followers on his [email protected]

What are Eddie Nketiah Body Measurements?

Eddie Nketiah stands at a height of 1.75 m i.e. 5 feet and 9 inches tall. He has an athletic body build. He has dark brown eyes and his hair color is black.

What is Eddie Nketiah Net Worth?

Eddie Nketiah earns from his professional football career. He is an aspiring English striker. His skills and talents will surely earn him lucrative contracts in the coming future. His salary and net worth will be updated soon.