Erling Braut Haaland, professionally known as Erling Haaland is a Norwegian professional football player. He plays as a striker. He currently plays for the German club Borussia Dortmund. He started his professional football career from hometown club, Bryne. He later played for Molde and Red Bull Salzburg before joining Dortmund in 2019.

He has represented Norway at various age levels. He later made his senior international debut in September 2019.

The young talented striker has over 2.4 million followers on his [email protected]

What is Erling Haaland Famous For? 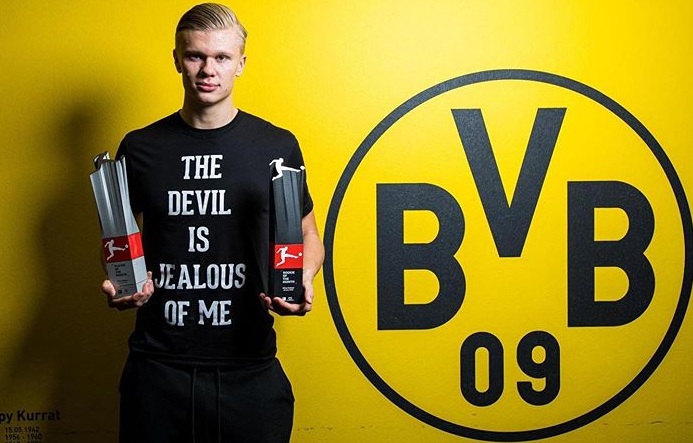 Where was Erling Haaland Born?

Erling Haaland was born on 21 July 2000. His birth name is Erling Braut Haaland. His birth place is in Leeds, England. He holds Norwegian nationality. He was born to a footballer father, Alf-Inge Haaland. His family moved to Bryne in Norway at the age of three.

He started his youth career from Bryne.

Norwegian club Bryne promoted Erling Haaland to the club’s senior team in 2016. He played for the club’s reserve team and scored 18 goals in 14 games.

While at Bryne, his trial for the German club TSG 1899 Hoffenheim was unsuccessful. 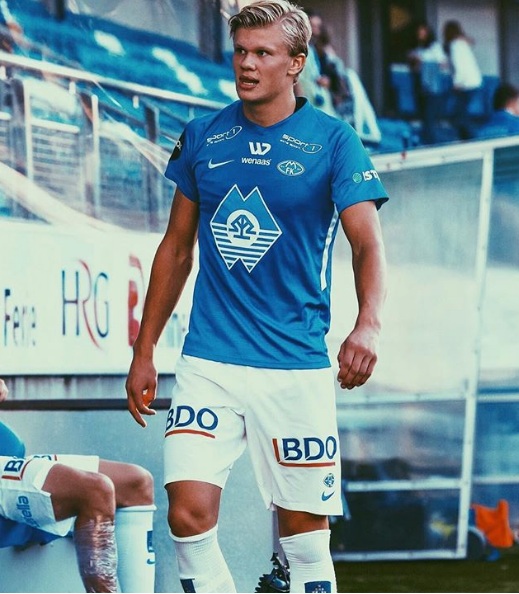 He scored 4 goals in his first season at Molde.

He finished the 2018 season as Molde’s top goalscorer with 16 goals in 30 matches in all competitions.

His performance for the season earned him the Eliteserien Breakthrough of the Year Award. 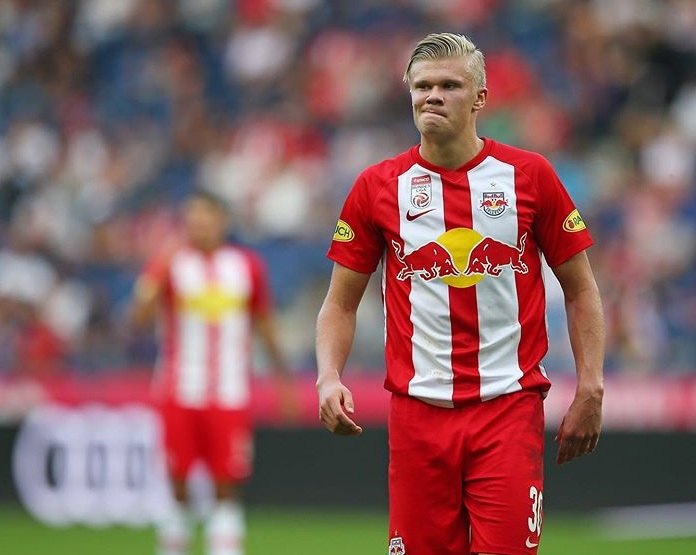 He scored his first Salzburg hat-trick against SC-ESV Parndorf in the Austrian Cup on 19 July 2019.

He scored his first Austrian Bundesliga hat-trick against Wolfsberger AC on 10 August 2019.

He scored against Napoli to become the first teenager to score in four consecutive matches in the Champions League.

He scored against Genk to become the 5th player in Champions League to score in 5 consecutive matches.

He was part of the Salzburg team that won the 2018-19 Austrian Football Bundesliga and Austrian Cup. 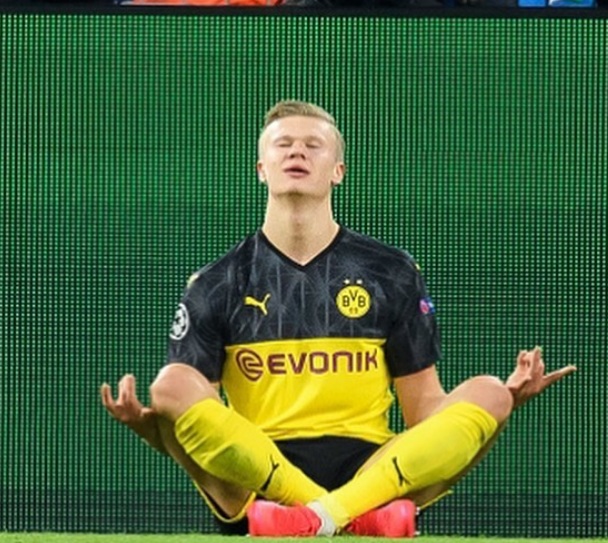 He signed a 4 and a half year contract with Dortmund worth 20 million Euros.

He made his Dortmund debut against Augsburg on 18 January 2020.

He scored a hat-trick within 23 minutes in his Dortmund debut. 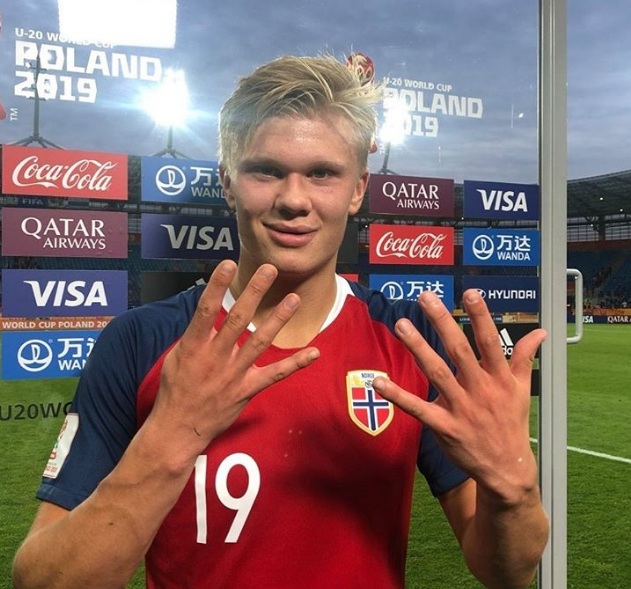 Eliteserien Breakthrough of the Year: 2018

Bundesliga Player of the Month: January 2020

Bundesliga Rookie of the Month: January 2020 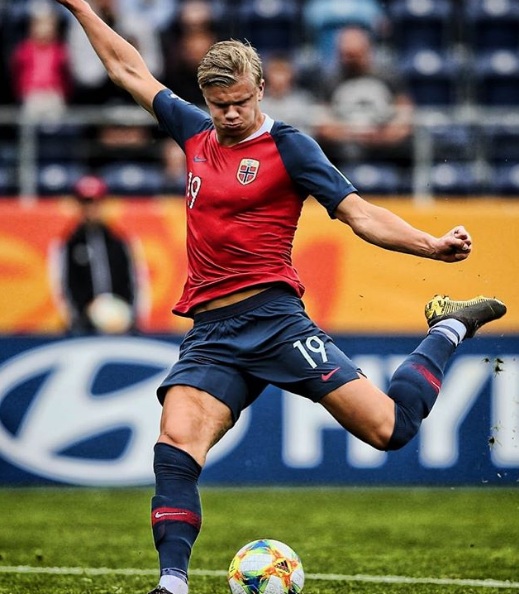 Erling Haaland was eligible to represent England through his father. However, he chose Norway to represent on an international level.

He scored 9 goals for Norway U20 in a 12-0 win against U20 at the 2019 FIFA U20 World Cup. With his 9 goals, he set a new U20 World Cup record for most goals scored by a single player in a match. The final score also set the record for the biggest win by any team in the history of the tournament. He won the tournament’s Golden Boot despite Norway fail to advance to the knockout stage.

Following his impressive performance in the FIFA U20 World Cup, he was called up to the Norway senior team.

He made his senior international debut against Malta on 5 September 2019.

Who is Erling Haaland Dating?

Erling Haaland is unmarried. He is too young to get married. No information about whether he is single or dating someone is not available. There is no information about his relationship status on his social media handles. He has maintained a low profile regarding his personal life. He is focused on his football career.

How tall is Erling Haaland?

Erling Haaland stands at a height of 1.94 m i.e. 6 feet and 4 inches tall. He has an athletic body build.

What is Erling Haaland Net Worth?

Erling Haaland earns from his professional football career. The young talented striker already holds a lucrative contract deal after he signed for Dortmund for 20 million Euros. His net worth will be updated soon.