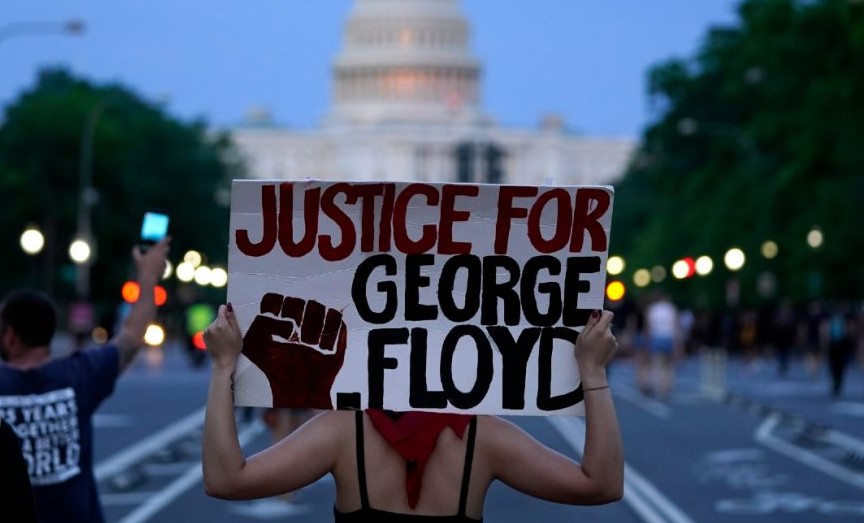 The United States has suffered enough due to the COVID-19 pandemic. The country was slowly recovering from the huge loss they have suffered due to the pandemic. Things were getting to start normally. However, one specific incident, where a black guy dies due to the excessive force used by the police for a minor crime led to the violent protests nationwide starting from Minneapolis. Protestors have vandalized the streets, convenient stores, local police streets and set them on fire. The government had to impose curfews in several cities across several states. 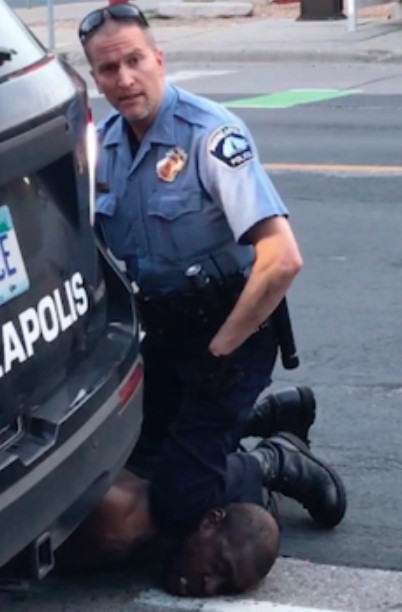 The person who died of police brutality on 25 May is George Floyd, who was African-American. The police officers on the scene were trying to arrest Floyd after he allegedly attempted to use a $20 bill in a deli. The video taken by several bystanders went viral on social media. In the video, a Minneapolis police officer, Derek Chauvin handcuffed Floyd and who was forced to lie face down on the city street during an arrest. The police officer Chauvin uses excessive force and keeps his knee on Floyd’s neck for 8 minutes and 43 seconds. Floyd had already gone unresponsive. Floyd had been repeatedly saying, “Please, I can’t breathe” and “Don’t kill me“. Floyd dies on the scene. Chauvin kept his knee on Floyd’s neck until an ambulance arrives. Police stated that Floyd physically resisted the arrest. However, the video taken by several bystanders showed Floyd did not resist the arrest. 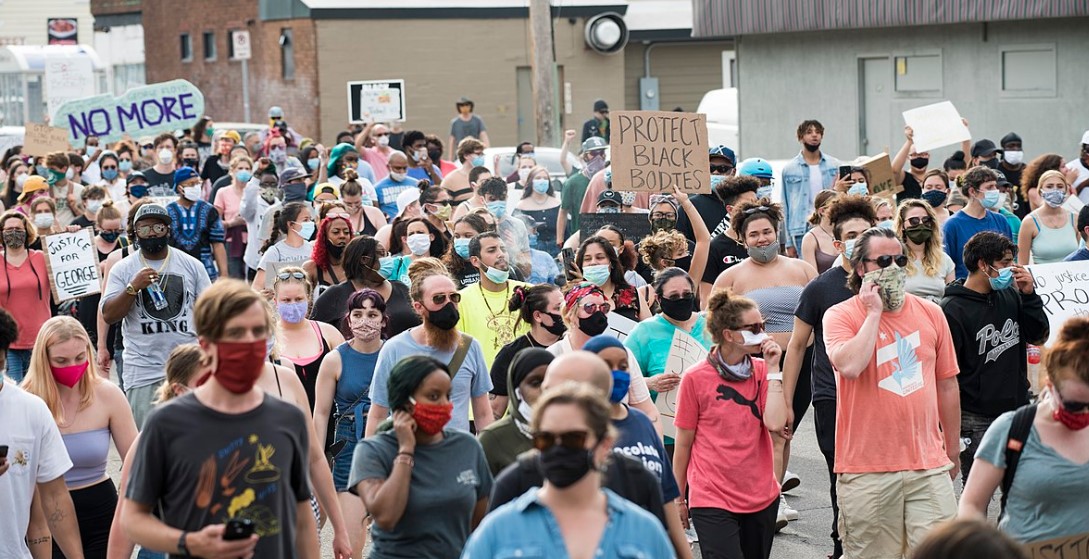 Following the incident, all four officers on the scene, Dereck Chauvin, Tou Thao, J. Alexander Kueng, and Thomas K. Lane were fired on 26 May 2020. The initial autopsy found no indication that Floyd died of strangulation or traumatic asphyxia. Floyd died of the combined effects of being restrained, underlying health conditions, including coronary artery disease and hypertensive heart disease, and potential intoxicants in his systems. Floyd’s family has requested an independent autopsy.

Following Floyd’s death, most of the African-American community across the world started protesting. Peaceful demonstrations and protests started from Minneapolis on 26 May. However, the protests soon turned into violent ones. Protestors attacked and smashed police precincts. They looted and damaged several stores. They also set two stores on fire. Police intervened with tear gas and rubber bullets. However, the protests and voice of justice for Floyd started raising in over 100 cities across the country. Several precincts were vandalized, several stores were damaged and looted. The government sent national guards to take control of the situation. 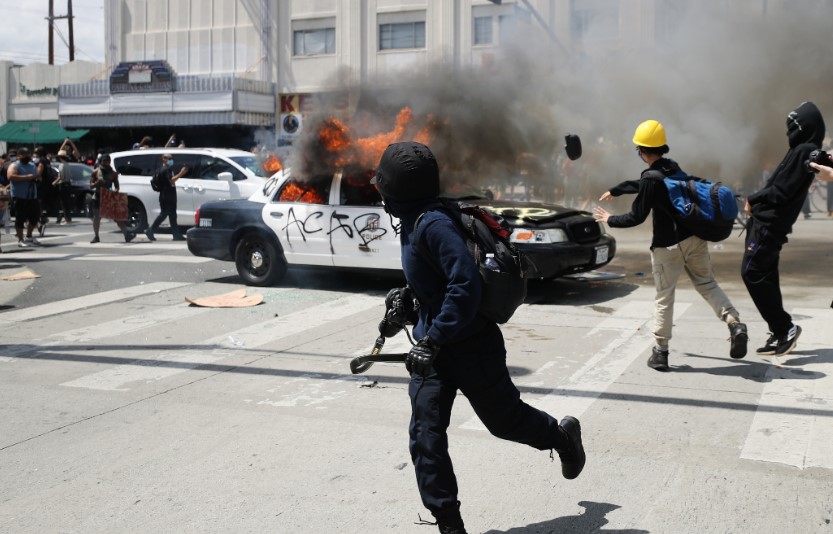 Things escalated when the President of the United States tweeted to shoot his own citizens to take control of the situation. Donald Trump tweeted, “…These THUGS are dishonoring the memory of George Floyd, and I won’t let that happen. Just spoke to Governor Tim Walz and told him that the Military is with him all the way. Any difficulty and we will assume control but, when the looting starts, the shooting starts. Thank you!”.

FBI had already started the investigation on Floyd’s wrongful death. Chauvin was arrested on 29 May and charged with third-degree murder and second-degree manslaughter. The 44-years-old Chauvin became the first white officer in Minnesota to be charged for the death of a black civilian.

Floyd’s death has been compared to the 2014 death of black man, Eric Garner, who also died while police used excessive force to arrest him. Garner also repeatedly said, “I can’t breathe” eleven times before his death. 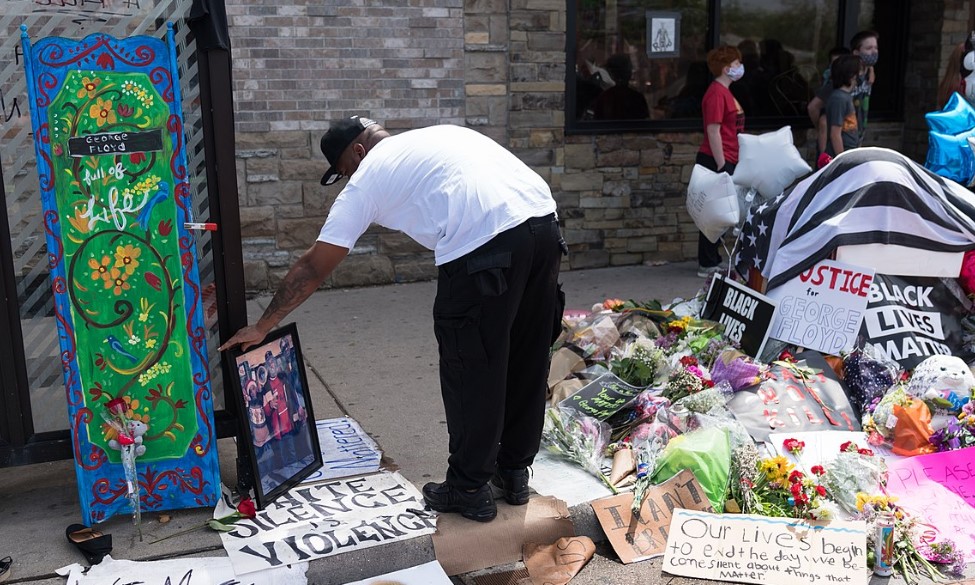 Who is George Floyd?

George Perry Floyd was born on 14 October 1973 in Fayetteville, North Carolina. He grew up in Houston, Texas, and attended Yates High School. He was an athletic student at high school where he helped the Yates to the 1992 state championship final game in football. Following high school, he attended South Florida Community College, where he played basketball. He did not complete his college education. He returned to Houston and joined the hip-hop group Screwed Up Click. Floyd moved to Minnesota in 2014. He had worked as a restaurant security guard for years. Floyd has recently lost his job due to Minnesota’s stay-at-home order during the COVID-19 pandemic.

He is survived by his two daughters, aged 6 and 22.