How Thomas Tuchel Became The Best Coach In The World - Wikiodin.com 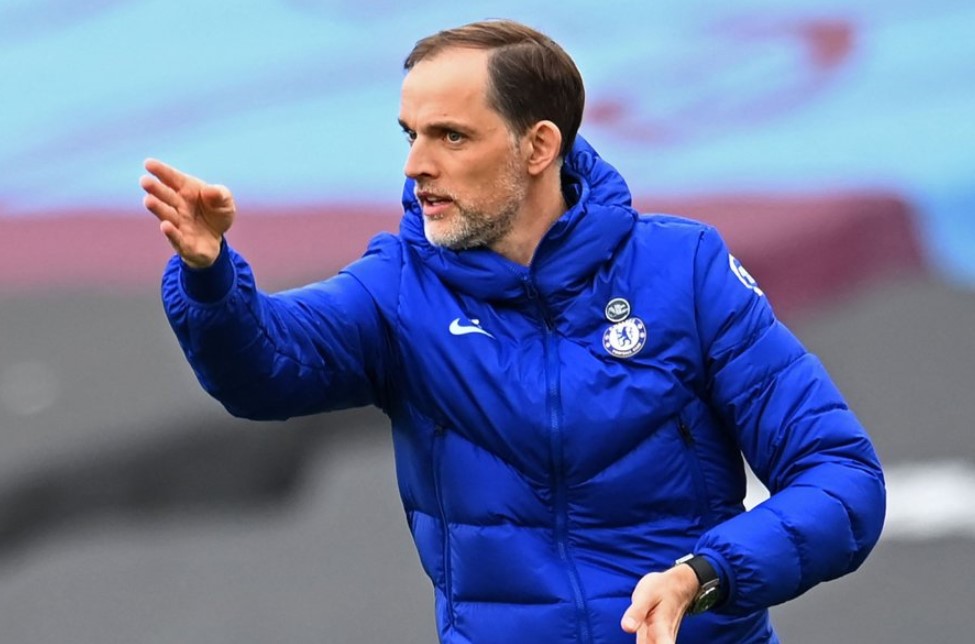 Footballers always give their best effort to display outstanding performances on the pitch. The result at the final whistle is what matters in the end. It is up to the football manager who brings the best out of his players. Coaches who study the game and implements the tactics always bring the result on their side. There are very countable football coaches who are considered geniuses in regards to their tactics. Pep Guardiola is one of them. The Spanish manager who has coached some of the best clubs in Europe is considered one of the best football coaches at present. He is a tactical genius whose strategy before or during the game brings the game on his side. No wonder, he has achieved much success in his managerial career. Former manager of the Spanish club Barcelona and the German club Bayern Munich, Guardiola won a combined 21 club titles with these clubs. The current manager of Manchester City, Guardiola has already won three Premier League titles, four EFL Cup, one FA Cup, and two FA Community Shields with Manchester City. In addition to this achievement, he led the club to its first-ever Champions League final as well which they lost to Thomas Tuchel‘s Chelsea. Thomas Tuchel who joined Chelsea in 2021 won his first-ever Champions League title in his debut season in the Premier League. Tuchel is currently considered one of the best football coaches after he led two different clubs to the Champions League finals in successive years. He was named UEFA Men’s Coach of the Year after he led Chelsea to the Champions League title. Jose Mourinho, Jurgen Klopp, Zinedine Zidane are some of many football managers considered the best coaches in the world at present.

Everything To Know About Thomas Tuchel 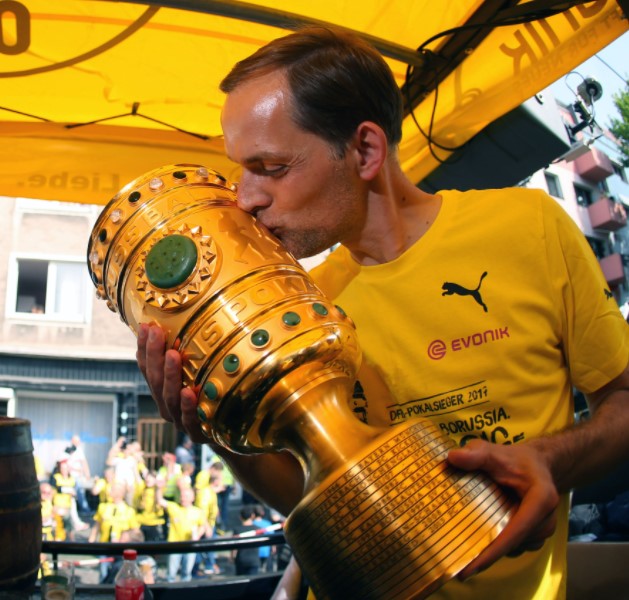 Who Is Thomas Tuchel?

Thomas Tuchel is a German football manager and former player who is currently considered one of the best football managers in the world. Having retired from his active playing career at the age of 25 due to a serious injury, he began his managerial career. He has managed FC Augsburg II, Mainz, Borussia Dortmund, and PSG, and currently manages the English club, Chelsea. Tuchel, whose playing career ended at the age of 25 due to chronic knee cartilage injury became a football manager. He won the DFB-Pokal with Borussia Dortmund in 2017 before joining PSG in 2018. He led PSG to domestic quadruple in his second year in charge of the club. He also led the club to their first-ever Champions League final where they lost to Bayern Munich. He won six club trophies with the club before joining Chelsea in 2020. He ultimately won his first as well as Chelsea’s first-ever Champions League title in his first year in charge. 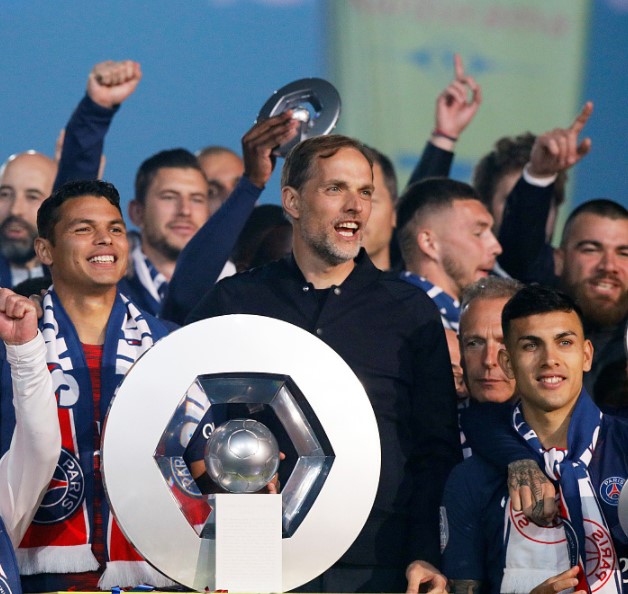 How Thomas Tuchel Became The Best Coach In The World?

Thomas Tuchel was playing for the German club SSV Ulm when he suffered a career-ending chronic knee cartilage injury in 1998. His active playing career ended just at the age of 25. Tuchel then began his coaching career as a youth coach at VfB Stuttgart. He then managed Augsburg II before becoming the coach of Mainz 05 in 2009. He managed Mainz 05 from 2009 to 2014 leading the club to the Europa League in his second season in charge of the club. From an average club that was used to battling relegation, Tuchel established the club as one of the top clubs in the league. Following Jurgen Klopp’s departure from Dortmund, Tuchel became the club’s new coach in 2015. He led Borussia Dortmund to DFB-Pokal title in 2017. It was his first major honor as a coach. He left the club following him in 2017 with a 62.96 win percentage. He was dismissed by the club following a series of conflicts with the club’s board. He publicly criticized PSG CEO Hans-Joachim Watzke after he agreed to UEFA’s demand that the club plays their Champions League quarter-final first leg match against Monaco on 12 April 2017, one day removed from the team’s bus being bombed. Tuchel was also dissatisfied with the club’s transfer activity. He was eventually dismissed by the club in May 2017.

Tuchel rejected Bayern Munich’s offer to become the head coach of the French club, PSG in 2018 where he managed world-class footballers, Neymar, Kylian Mbappe, and Angel Di Maria among others. His first match in charge earned his first honor with the club, Trophee des Champions. He went on to lead PSG to two Ligue 1 titles, two Trophee des Champions, one Coupe de France, and one Coupe de la Ligue. Tuchel also led the club to their first-ever UEFA Champions League final which they lost to Bayern Munich. He achieved the best win percentage in Ligue 1 history with 75.6%. He also had the highest average of points per game (2.37) during his PSG tenure. He also had a conflicting relationship with the club’s hierarchy and its activities that led to his dismissal from the duty in December 2020. 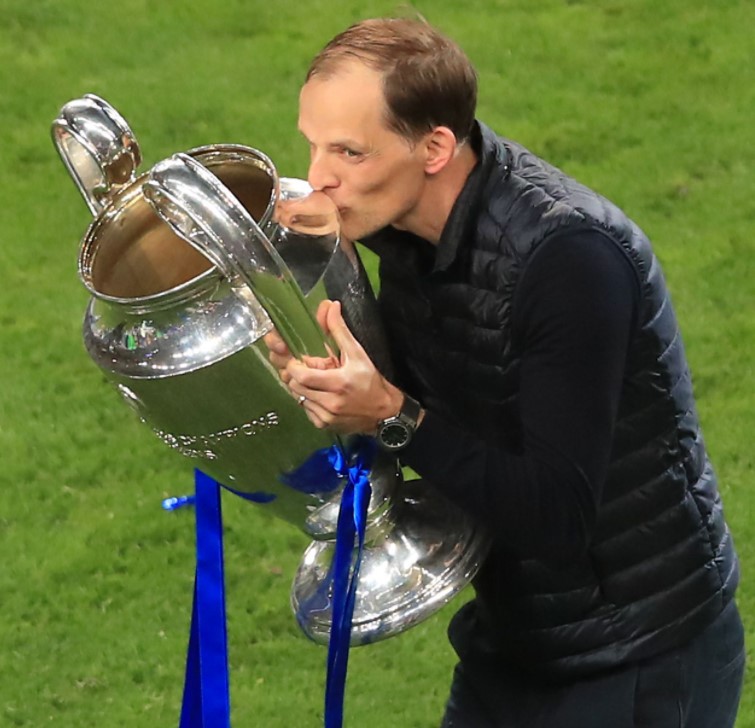 Tuchel joined the English club Chelsea in January 2021, becoming the first German to become the head coach of Chelsea. He became the first coach in Premier League history to keep consecutive home clean sheets in their first five home matches. He also became the first Chelsea coach to set the record for the longest unbeaten run by a new head coach. Tuchel led Chelsea to the FA Cup final before leading the club to the Champions League final. It was his successive Champions League final, becoming the first coach to reach consecutive finals with two different clubs. Chelsea defeated Guardiola’s Manchester City in the final to win their second and Tuchel’s first-ever Champions League title. Chelsea defeated Atletico Madrid in the Round of 16, FC Porto in the quarterfinal, and Real Madrid in the semifinal to reach the final. He had only taken charge of Chelsea only four months earlier. For his achievements in the 2020-21 season, he was named the German Football Manager of the Year and the UEFA Men’s Coach of the Year.

Read Also:  What's the Net Worth of Cassie Kramer?