Irrfan Khan was a popular Indian actor cited as one of the finest actors in Indian cinema, whose acting was not only limit to the Hindi cinema but as well in British and American films. Khan had spanned over 30 years of his life to the cinema earning several reputed awards and honors including a National Film Award, an Asian Film Award, and four Filmfare Awards.

However, on April 29, 2020, during the ongoing pandemic of COVID-19, Irrfan bed goodbye to the world following colon infection, causing a great loss to the world of cinema.

What was Irrfan Khan Famous for? 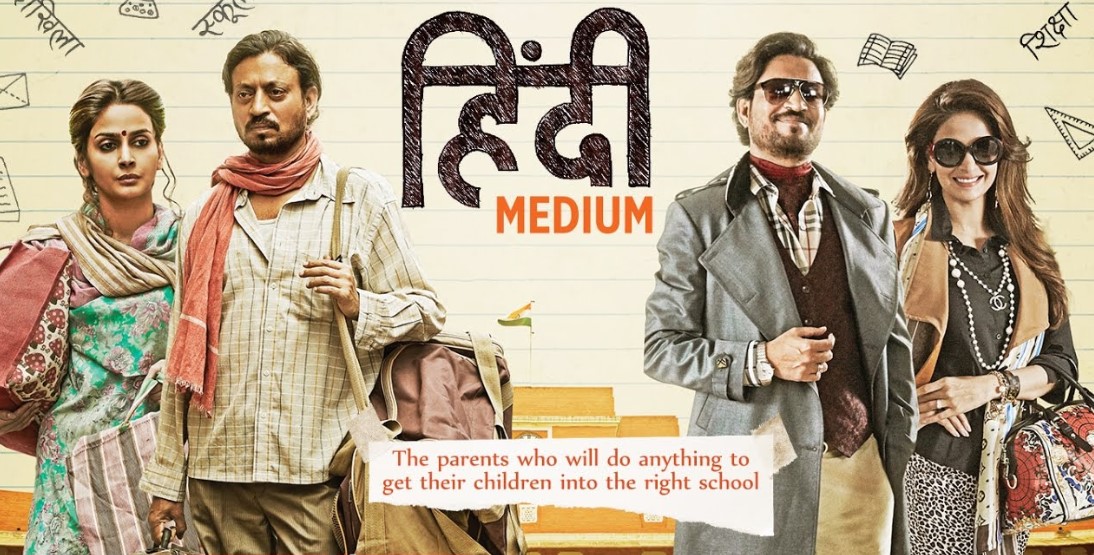 Where was Irrfan Khan Born?

Irrfan Khan was born on January 7, 1967, in Jaipur, Rajasthan, India. His birth name was Sahabzade Irfan Ali Khan. Khan’s nationality was Indian. He belonged to Pathan ancestry while Capricorn was his zodiac sign.

Khan was born to an economically unstable Muslim family to Saeeda Begum Khan(mother) and Yaseen Ali Khan(father). His parents were normal people who used to run a tire business at the time to earn a little money to feed their children. His mother died 4 days earlier Irrfan died. Irrfan was raised along with his 3 siblings: two brothers: Salman Khan and Imran Khan and a sister, Rukhsana Begum, in Tonk(Rajasthan’s district) and later in Jaipur.

Irrfan had an interest in sports especially in cricket since his childhood, that he was once even selected to play in the CK Nayudu Trophy, a tournament seen as a stepping stone to first-class cricket in India. However, even with his will, he didn’t attend it as he couldn’t afford the travel expenses.

Irrfan began to show more interest in acting after he got influenced by his maternal uncle who himself was a theatre artist in Jodhpur. Later, he began to do several stage performances in his hometown, Jaipur and even met noted theatre artists.

Khan completed his MA in Jaipur after which he went to New Delhi, where he joined the National School of Drama(NSD) as a scholar student to study acting in 1984.  During his early days in Bombay, he had to do a lot of struggle to adjust to the society as he even worked as an air conditioner repairman and one of the houses he visited to repair an air conditioner was the house of late superstar, Rajesh Khanna. 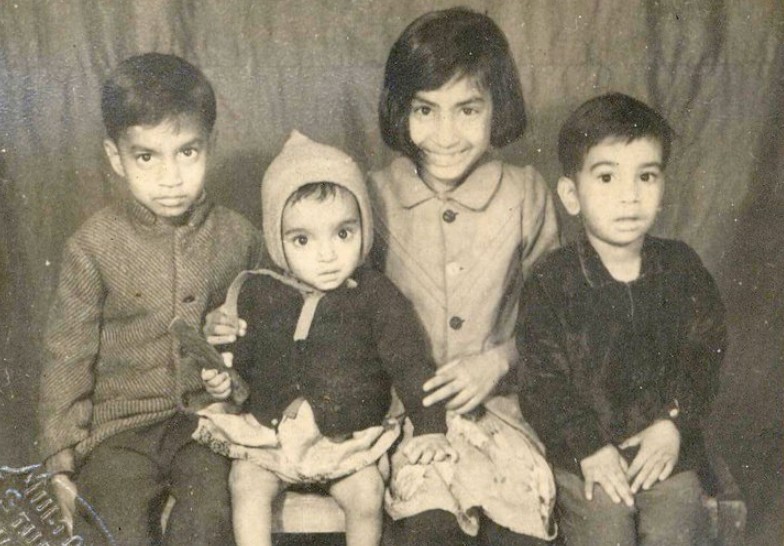 How did Irrfan Khan Die?

Irrfan Khan’s death has a great impact on the cinema industry as it has led to a great loss of one of the finest appealing actors of Bollywood. Khan passed away on Wednesday morning, April 29, 2020, at the age of 53, due to colon infection. Khan was admitted to the Kokilaben Hospital, Mumbai, on Tuesday, April 28, 2020, after his body showed some negative response immediately, after which he had to enroll in the ICU.

Besides, Irrfan also had been battling with neuroendocrine tumors for a long time as announced by Khan himself on March 16, 2018, through his Twitter post. He even had traveled abroad doe his treatment and had recovered from the tumor as well.

However, Khan couldn’t survive his battle to life after he was affected by colon infection. His death has left everyone in tears. His dead body was buried at the Versova Kabrastan in Mumbai at 3 pm, which was attended by his close relatives and family. 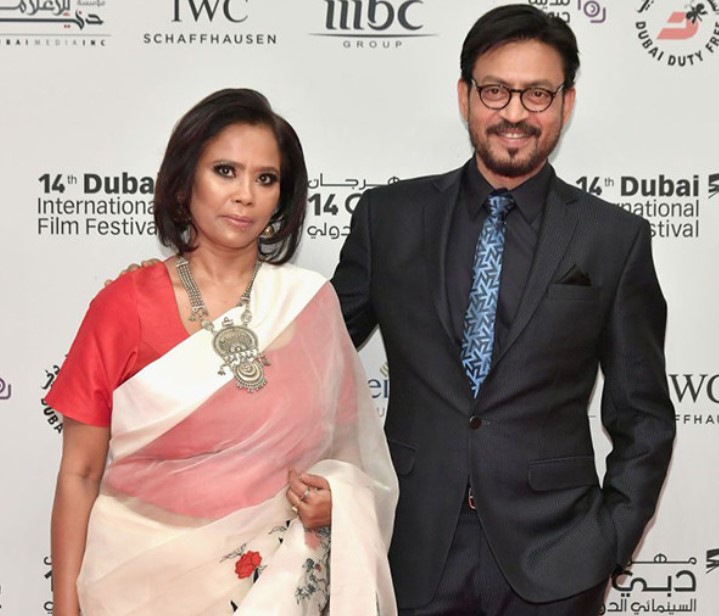 Who was Irrfan Khan Married to?

Irrfan Khan was a married man. Khan was married to his only wife, Sutapa Sikdar, who is an Indian film producer, dialogue writer, and screenplay writer. The couple got married in a ritual wedding on February 23, 1995.

They together share two sons: Ayaan Khan and Babil Khan. They had been living a great life together until, Irrfan passed away on April 29, 2020, leaving an empty hole in the family forever. 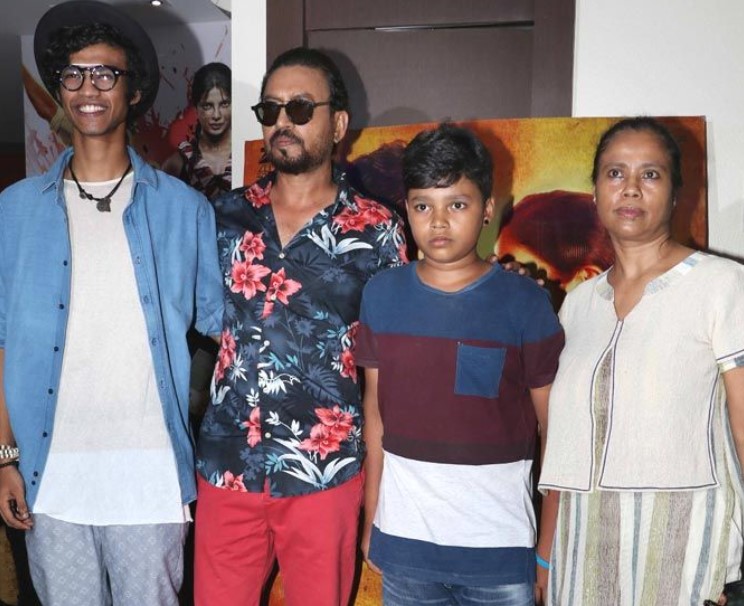 How Tall was Irrfan Khan?

Irrfan Khan was undoubtedly a precious gem to the world of cinema. Khan had good looks that used to differ him from others more specifically his big dark brown appealing eyes. He had a maintained athletic body physique with chest: 41 inches, waist: 33 inches, and biceps: 12 inches. He had a height of 6ft.(1.83m) while his body weighs was around 75kg(165 lbs).

He had brown complexion with black hair.

What was the Net Worth of Irrfan Khan?

Irrfan Khan, being one of the finest actors of Hindi cinema, had undoubtedly great earnings from his professional career as an actor. Khan had been working in this field for over 3 decades, establishing himself to be a good human and actor every day. With his more than 30 years of experience, he had easily managed to amass a million worth fortune from his several hit movies and brand endorsements all over the world.

Khan’s estimated net worth at the time of his death was around $50 million(Rs. 344 crores) while he used to earn around $12-14 crore per movie. With his million worth property, he had been able to give his family a lavish lifestyle that his family hadn’t before. Besides, he is also on the top spot when it comes to paying Income Tax, he is one of the highest taxpayers in the country.

Khan also had million worth properties which include a luxurious house in Mumbai, an apartment flat in Juhu, and multiple real estate properties across the country. Irrfan was also a car enthusiast as he had a collection of several car brands: Toyota Celica, BMW, Maserati Quattroporte, and an Audi.