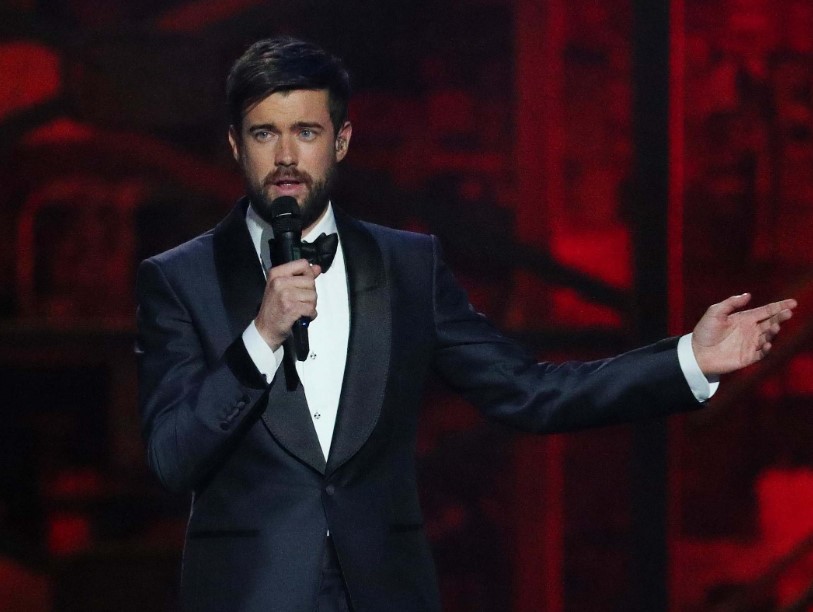 The Bad Education star Jack Whitehall is a popular English comedian, actor, TV presenter, and writer. Best known for his stand up comedy, his major acting credits are Fresh Meat, Bad Education, and the spin-off film, The Bad Education Movie. He was also the co-writer of Bad Education series and movies. On television, Whitehall was a regular panelist on the game show, A League of Their Own from 2012 to 2018.

Born to celebrity parents on 7 July 1988, his father, Michael John Whitehall is a television producer, whereas his mother Hilary Amanda Jane Whitehall is an actress. Whitehall’s career started at a young age as a child actor in a minor. He had auditioned for the role of Harry Potter in the popular Harry Potter franchise, which ultimately went to Daniel Radcliffe. He later decided to pursue a career in stand-up comedy. He started off his stand-up career at the Edinburgh Festival Fringe. He won the Amused Moose Laugh Off, as well as finished as the runner-up in the Laughing Horse New Act of the Year competition and a finalist in So You Think You’re Funny? in 2007. He also won the Charlie Harthill Special Reserve in 2007 and was nominated for the Chortle Awards ‘Best Newcomer’ in 2008. He has headlined several stand-up tours. He set a new Guinness World Records title in March 2011, together with Dara O Briain and Jon Richardson for hosting the ‘Highest stand up comedy gig in the world’, on a British Airways flight in support of Comic Relief.

Besides stand-up comedy, he has presented several television shows including, A League of Their Own, Big Brother’s Big Mouth, 8 Out of 10 Cats, Holly Walsh, Mock The Week, and You Have Been Watching among others. He has been the host of the BRIT Awards since 2018.

Whitehall made his acting debut in the Channel 4 comedy-drama series, Fresh Meat. He later co-wrote and star in BBC Three comedy, Bad Education. He starred in his own travel documentary/road trip with his father, Jack Whitehall: Travels with My Father. The documentary chronicled their trip to Thailand, Cambodia, and Vietnam.

Everything To Know About Jack Whitehall

The popular stand-up comedian/actor/TV Presenter Jack Whitehall is not married. However, he has dated several high-profile celebrities in the past including a 6-years long relationship with Crazy Rich Asians star Gemma Chan. Here is a brief discussion of his dating history. 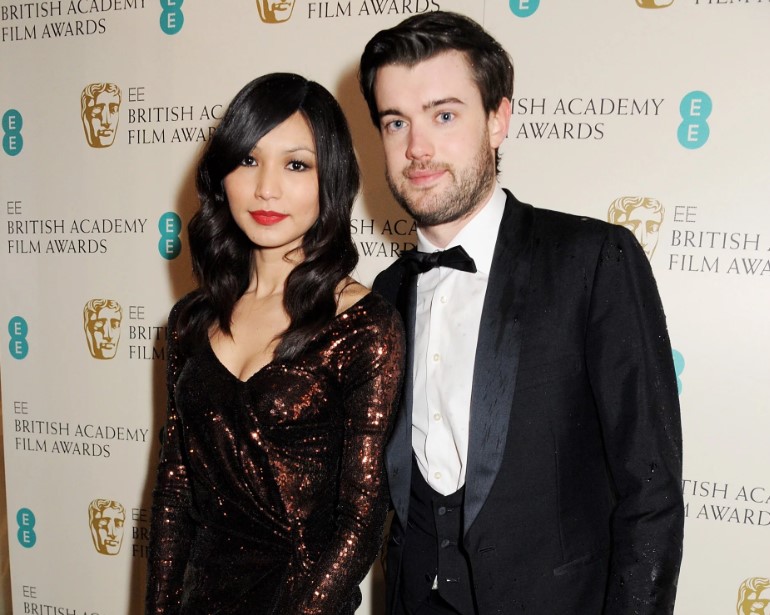 Jack Whitehall dated actress Gemma Chan from 2011 to 2017. They first met in 2011 when Chan guest-starred in the first season of TV series, Fresh Meat. Whitehall had the lead role in the series. Their relationship ended in 2017 and the reason for their separation was reported as their busy schedules. It was difficult for the couple to spend time together. However, they remain good friends. Whitehall previously dated blogger Roxie Nafousi before Chan.

Following his split with Chan, he reportedly dated singer Dua Lipa. They first met at the 2018 BRIT Awards, where Jack was a presenter. They were seen getting cozy and enjoying together at the party. However, neither of them spoke or confirmed their affair. The two did not appear together later. 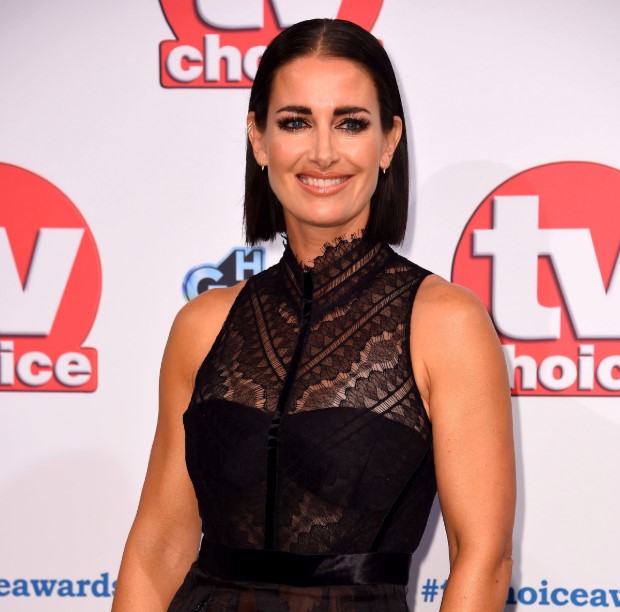 Read Also:  Dan Hedaya has $5 Million Fortune; How did He Earn it?

Jach Whitehall was also rumored to be dating British TV presenter, Kirsty Gallacher. Gallacher was previously married to Paul Sampson and shares two children with her ex-husband. The rumors of their affair surfaced in April 2018 after the two were seen flirting each other at a party at London’s Groucho Club. They reportedly had shared quality time with each other. Neither of them spoke about their affair as well. 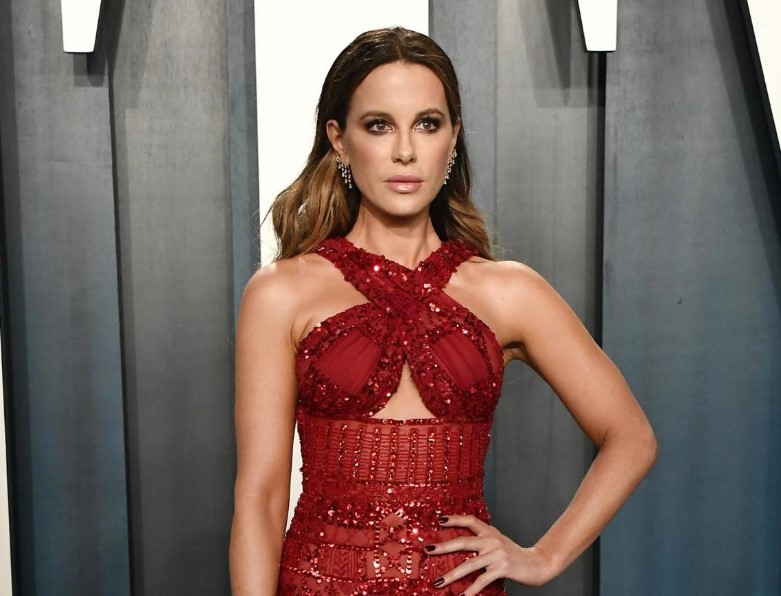 In late 2018, Jack Whitehall was linked with actress Kate Beckinsale after they were seen sharing a kiss at a Los Angeles karaoke bar. They reportedly went into a hotel together. They were reportedly seen together on several occasions. However, their short-lived romance led to nowhere and their alleged affair ended.

Similarly, Whitehall was also linked with Paris Hilton and Melinda London. It is unclear whether they had a thing or it was just a rumor. 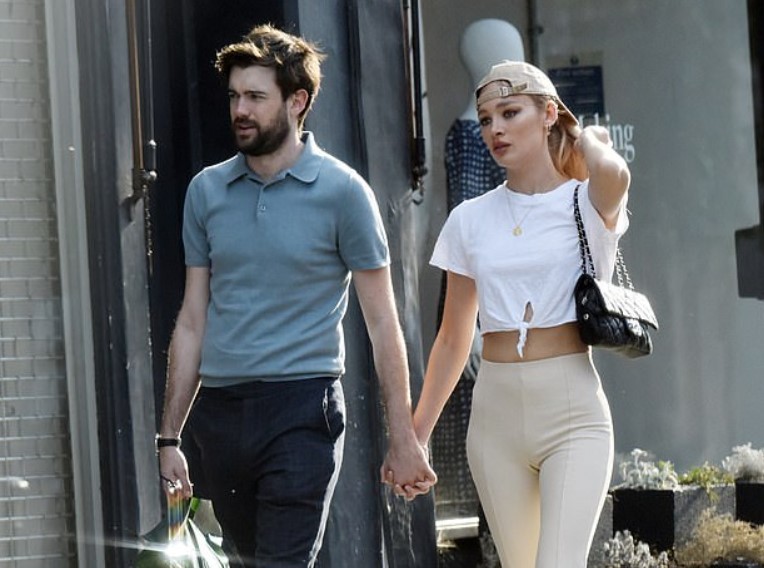 Who is Jack Whitehall Dating Now?

Jack Whitehall is not single at present. He is dating model Roxy Horner, the former beau of Leonardo DiCaprio. Though no official confirmation about their romance has come, they both shared a fun video on their Instagram accounts during the lockdown period UK went into due to the COVID-19 pandemic. They shared a fun video enacting to be in a lift. The couple later walked together holding hands in London streets. Their fans will get to see more of them in the coming days when the COVID-19 pandemic is over once and for all.