Jair Bolsonaro is a Brazilian politician and retired military officer who currently is serving as the 38th president of Brazil and has been in office since January 1, 2019. He was elected president as a member of the conservative Social Liberal Party and had served in the country’s Chamber of Deputies, representing the state of Rio de Janeiro in several parties between 1991 and 2018.

Born in a small town of Glicério, Bolsonaro has come a long way starting his career as a Brazilian Army now to the president of the country. He is a vocal opponent of same-sex marriage and homosexuality, abortion, affirmative action, drug liberalization, and secularism. Bolsonaro focused on domestic affairs in his first months in office, dealing primarily with the fallout of one of the worst recessions in the country’s history.

Bolsonaro’s response to the COVID-19 pandemic in Brazil was criticized across the political spectrum after he opposed quarantine measures, downplay the pandemic and its effects, and even fired two medically qualified health ministers, as Brazil’s death toll increased rapidly. On July 7, 2020, Bolsonaro revealed that he had tested positive for COVID-19.

What is Jair Bolsonaro Famous for?

Where was Jair Bolsonaro Born?

Jair Bolsonaro was born on March 21, 1955, in Glicério, São Paulo, Brazil. His birth name is Jair Messias Bolsonaro. His nationality is Brazilian. Bolsonaro is of Italian descent, with some German ancestry while Aries is his zodiac sign.

Jair was born as one of the 6 sons of Percy Geraldo Bolsonaro(father) and Olinda Bonturi(mother). He has different ancestry from his family relation as from his father’s side he is the great-grandson of Italians, Vittorio Bolzonaro, who immigrated to Brazil when he was 10. His German ancestry came from his father’s maternal grandfather, Carl “Carlos” Hintze, who was born in an Italian city and got immigrated to Brazil in 1883.

Bolsonaro spent most of his childhood moving around Sao Paulo with his family, and moving to several cities including  Ribeira, Jundiai, and Sete Barras, before settling in the town of Eldorado. He grew up along with his 5 brothers in Eldorado, where he attended his high school. In his final years in high school, Bolsonaro was admitted to a Brazilian Army’s prep school, “Escola Preparatória de Cadetes do Exército” in 1973.

After a year of training in 1974, he went to Brazil’s main military academy, the Academia Militar das Agulhas Negras, where he got graduated in 1977, as an Artillery Officer. He even served in the 9th Field Artillery Group, in Nioaque, Mato Grosso do Sul. 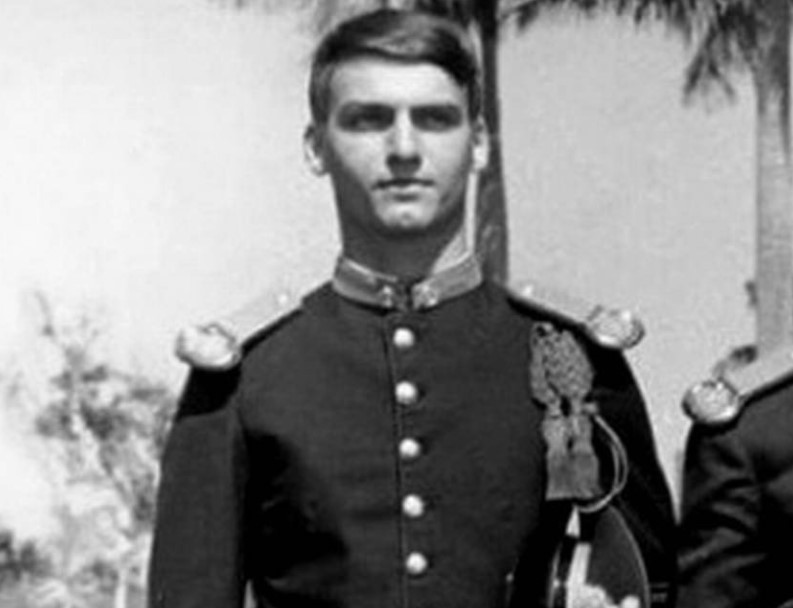 1 Grand Master and Grand Cross of the

2. Grand Collar of the Order of Labor Judicial Merit

3. Grand Cross of the Order of Military Judicial Merit

4. The Mauá Medal of Merit 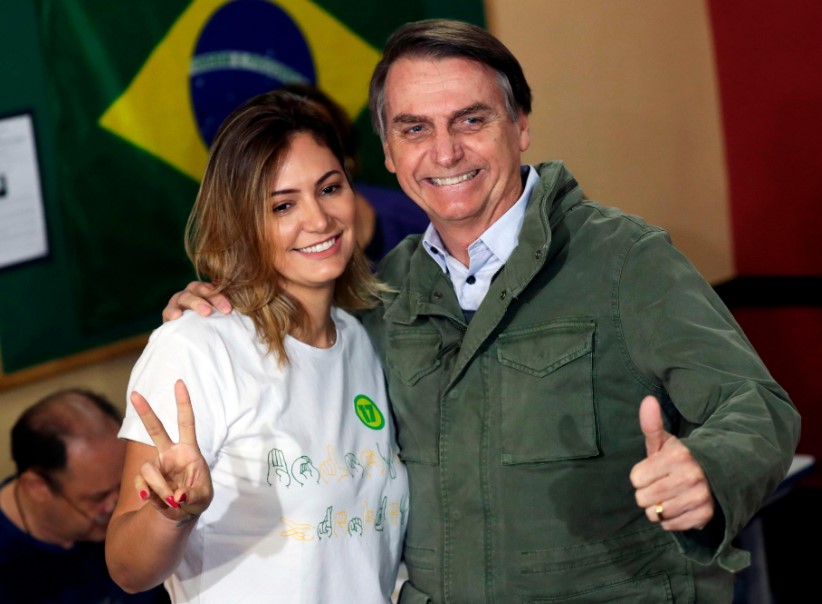 Jair Bolsonaro has been married three times till the date. His first marriage was with Rogéria Nantes Braga with whom he shares three sons: Flávio Nantes, Carlos Nantes, and Eduardo Nantes. All of his elder sons are successful politicians, as Flavio is also a lawyer, entrepreneur, and Eduardo is also a lawyer and a federal police officer.

His second marriage was with Ana Cristina Valle with whom he got married in 1993. They share a son together named Renan. After almost 10 years of their marriage, they got divorced. In 2007, he got married to his third wife, Michelle de Paula Firmo Reinaldo, who is currently serving as the First Lady of Brazil.

While working as a congressman, Bolsonaro hired Michelle as a secretary, and over the next two years, she received unusual promotions, and her salary more than tripled. The couple together shares a daughter named Laura and are currently living together in Barra da Tijuca, Rio de Janeiro.

On July 7, 2020, Bolsonaro revealed of being tested positive with COVID-18 and even said that he has been taking hydroxychloroquine to fight against the virus.

Besides, during his campaign in 2018, Bolsonaro was stabbed in the abdomen on 6 September 2018 while campaigning and interacting with supporters in the city of Juiz de Fora, Minas Gerais.

Jair Bolsonaro has quite great earnings from his professional career as a politician and a retired military officer. Having been in the field of politics for over 18 years, Bolsonaro has managed to amass a healthy fortune from his active participation in political issues. Also, as being the 38th president of Brazil since 2019, Bolsonaro must have a million worth fortune as per his high reputed post.

His net worth is estimated to be around $50 million with $235k as his monthly income. With his million worth fortune, Bolsonaro has managed to live a lavish and luxurious lifestyle.

Jair Bolsonaro is a good-looking man in his 60s. With his political thinkings and optimism, Bolsonaro has managed to win million hearts all around Brazil. He stands tall with a height of 6ft. 1inch.(1.85m) while is body weighs around 90kg.