Jay Starrett is an American reality star who has been recognized popularly as one of the contestants who competed on the shows thirty-third season, “Survivor: Millennials vs. Gen X”. He is popularly known for his laid-back attitude and physical prowess in challenges. Starrett also had appeared on the 2nd season of MTV’s “Ex on the Beach”, “Big Brother: Over The Top”. Currently, he appears on MTV’s series, “The Challenge: Total Madness”.

What is Jay Starrett Famous for?

Where was Jay Starrett Born?

Jay Starrett was born on June 3, 1989, in Fort Lauderdale, Florida, United States. His birth name is Justin Starrett. His nationality is American. Starrett is of Peruvian descent while Gemini is his zodiac sign.

Jay was raised in his hometown where he attended Florida Atlantic University. He is very close to his mother who had 10 brain aneurisms. He has a sister named Melanie Hogue. After his graduation, he worked as a real estate agent for a few years until he got his debut on a reality show. 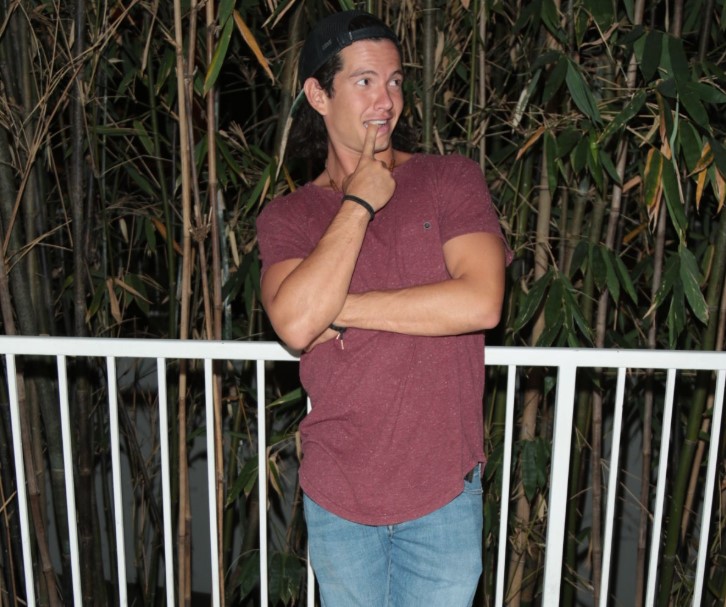 Jay Starrett made his first-ever debut in a reality show after he was a castaway on Survivor’s 33rd season, titled “Survivor: Millennials vs. Gen X” in 2016. He remained in the show for almost 32 days.

He got much more popularity and fame after his appearance in the show. Also, Jay was initially cast as an alternate for “Survivor: Kaoh Rong” prior to Millennials vs. Gen X.

After then, he was a cast member on the second season of MTV reality show, “Ex on the Beach” along with his ex-girlfriend Morgan Willett from 2018-2019.

In 2019, Starrett filmed “The Challenge” in Prague, Czech Republic and currently, appears in his second MTV’s reality show, “The Challenge: Total Madness” that premiered on April 1, 2020.

Besides, in 2020, he appeared on the first episode of IMDb’s “Survivor Live After Show”.

Who is Jay Starrett Dating?

Jay Starrett is currently single. Previously he was in a relationship with his ex-girlfriend Morgan Willett. Starrett and Willett were seen together on the show, “Ex on the Beach”. Willett is the winner of “Big Brother: Over the Top”.

But by the end of the season, Jay and Morgan got back together, unfortunately, their relation couldn’t go long as Morgan left the show breaking with Jay to appear on the show, “The Challenge: War of the Worlds”.

Jay even claimed that he found out she cheated on him with Johnny Bananas. Besides, he is a very close friend to the winner of his season of the Survivor, Adam Klein.

What is the Net Worth of Jay Starrett?

The 27 years old Jay Starrett must have great earnings from his appearance in reality shows. Competing in several reality shows, he must have been able to amass a good fortune. His estimated net worth isn’t disclosed yet.

Prior to his work in reality shows, he worked as a real state agent and with his job he even had bought his own house at the age of 25.

How Tall is Jay Starrett?

Jay Starrett is a White man in his late 20s. Starrett has a well maintained athletic body physique. He has a fair complexion with curly brown hair and brown eyes.