Jeffrey Lurie is an American billionaire motion picture producer and business tycoon who is well-known for being the owner of the professional American football team “Philadelphia Eagles” of the National Football League(NFL). His team, the Eagles also have won the Super Bowl LII defeating the Patriots by the score of 41-33 on February 4, 2018. Lurie is the founder of the production company “Chestnut Hill Productions” which he founded in 1985. His maternal grandfather, Philip Smith founded one of the US largest operators of drive-in movie theatres “General Cinema movie theatre(now General Cinema Corporation) which was later run by his maternal uncle, Richard A.Smith.

Having started his career in 1983 by working as an executive in his grandfather’s company, he has achieved great heights in his career and has been able to be listed on the World Billionaire’s List. He ranks at 319th position on the Forbes 400 2020 Billionaires with an estimated net worth of $2.7 billion.

What is Jeffrey Lurie famous for?

Where is Jeffrey Lurie from?

Jeffrey Lurie was born on September 8, 1951, in Boston, Massachusetts, United States. His birth name is Jeffrey Robert Lurie. American is his nationality. His ethnicity is Jewish. Virgo is her zodiac sign.

Lurie was born to Morris John Lurie(father) and Nancy Smith Lurie(mother). He has a brother, Peter, and a sister, Cathy. When Lurie was 9 years old, his father died.

He was raised in his hometown, Massachusetts along with his siblings. He did his schooling at a local high school. Later, he attended Clark University and earned a B.A. and he also received a master’s degree in psychology from Boston University.

Later, he joined The Heller School for Social Policy and Management at Brandeis University and earned a doctorate in social policy. While at Boston University, he served as an adjunct assistant professor of social policy.

As a child, he was raised in Jewish culture but he has not been practicing Jewish culture. Belonging from a family with a business background, it was obvious for him to pursue his career in business and so he left academia to began working. 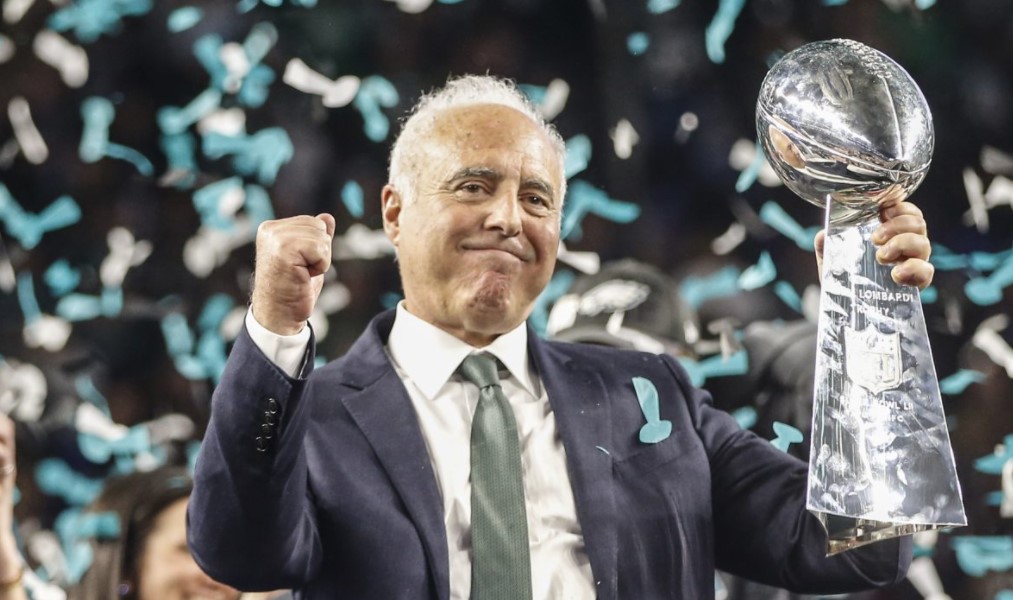 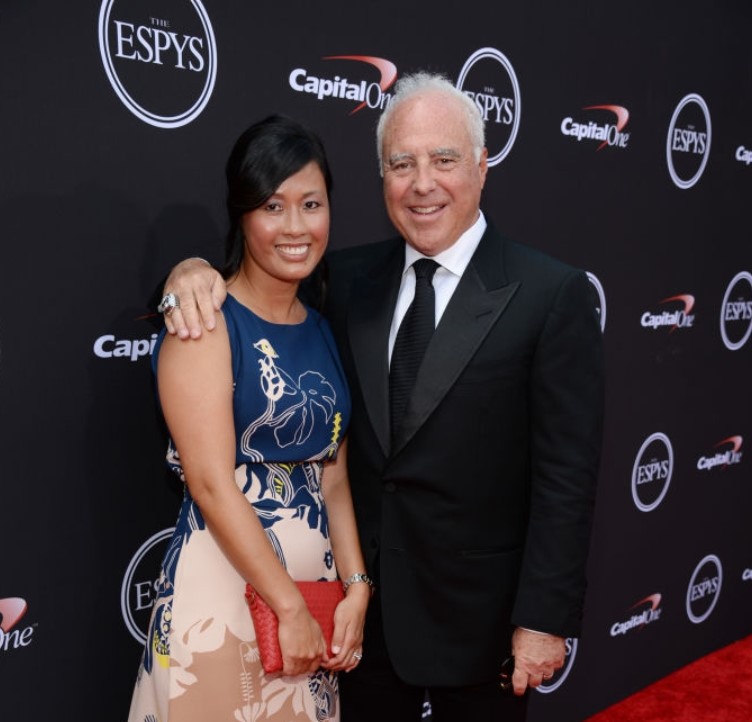 Jeffrey Lurie is a married man. He is currently married to his second wife, Tina Lai. Lai is a Vietnamese immigrant who is a former manager of Vietnam Cafe. She also used to work in her family’s restaurant as a manager. Her family owns multiple restaurants in Philidelphia.

Lurie started dating Lai in 2012 after they first met each other in Lai’s family’s restaurant where she used to assist her brothers. Lurie then 66 tied the knot with Lurie then 44 in a private ceremony in Charleston, South Carolina, on May 4, 2013. The couple has no children together. The couple is happily living together at their $14 million worth estate in Wynnewood, Pennsylvania

Previously, he was married to Christina Weiss. Weiss is a former actress who also worked for his production company. The couple tied the knot in 1992 in Gstaad, Switzerland.

They together shared a son Julian and a daughter, Milena. The couple got divorced in August 2012 after their 20 years of their marriage. Weiss received an ownership interest in the Philadelphia Eagles as part of the divorce settlement. 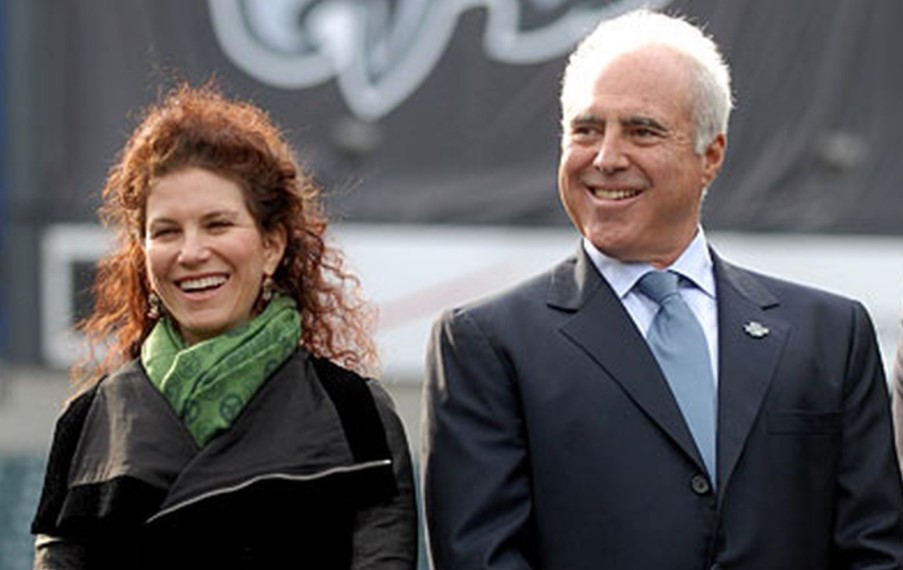 Jeffrey Lurie, the Billionaire, has quite great earnings from his professional successful career as a producer, businessman, and the owner of Philidelphia Eagles. With his hard work, Lurie has earned his name as one of America’s wealthiest personalities having garnered a net worth of around $2.7 billion.

Lurie has earned his billion worth by being the founder and CEO of his production company “Chestnut Hill Production” and as the owner of the NFL football team, Philidelphia Eagles. He owns over 90% of the football team whose worth is now $3.1 billion

With his billion worth property, Lurie has been living a lavish and luxurious lifestyle currently living in a $14 million worth estate in Wynnewood, Pennsylvania.

Jeffrey Lurie is a good looking man in his late 60s. He has a fair complexion with light hair and a pair of brown eyes. He stands tall with a height of 6ft(1.82m) and weighs with an overweight of around 100kg