Jordan Connor is a Canadian actor better known as Sweet Pea in the television series ‘Riverdale’. Before becoming an actor, he got into the University of British Columbia with a football scholarship. He played the collegiate game until his second year and left the game after he had a leg injury. After which he pursued his acting career rediscovering his longing passion for acting.

He has appeared in various films and dramas including No Tomorrow and Looking for Alaska. Further, he had made a special guest appearance in the first episode of RuPaul‘s Secret Celebrity Drag Race, competing against Jermaine Fowler and Nico Tortorella, in April 2020. Additionally, he has established a theatre company with friends. a Let us scroll over to know more of his details on career, relationship, and net worth.

The actor was born on 17 September 1991 as Jordan Connor Yuen in Calgary, Alberta, Canada. He further did a DNA test which shows he has a mixed-race of Eastern European, Spanish, Greek, Italian, German, and Native American roots. While his father was born in Canada and has the ethnicity of Chinese and Vietnamese whereas his mother, Croatia. Moreover, he has two siblings: a brother, Brad, and a sister, Nicole.

He attended Sands Secondary School where he performed at the theatre as well as played football. At the age of 10-11, he interested to become an actor, however, he got a football scholarship to enter the University of British Columbia. Further, he put his acting interest aside and focused on playing football.

Unfortunately, he had to left his soccer-playing game in his second year due to his leg injury. On recovering from his injury after three years, he rediscovered acting passion as a stuntperson when the show Hellcats came to his football team seeking stuntpeople. Afterward, he dropped out of his university and started to pursue his acting career seriously.

He joined the Railtown Actors Studio in Vancouver and began his acting career. He had his off-and-on five years of training, during that time, he did several odd jobs like bartending and small roles on the screen. His breakthrough role came as a Sweet Pea in the television series ‘Riverdale’ in 2017. His television role includes Supernatural, Backstrom, Lucifer, Hospital Show, and Looking for Alaska.

In 2013, he has appeared in the short film called Fighting Free as an Adam. He had appeared in many short films like Never Gonna Let You, Destroyer, and Plan B, amongst others. Further, he is currently gearing up for his new role as Matteo in the second season of Nurses that announced in August 2020.

Coming over his personal life, he has been in a long-term relationship with his beautiful girlfriend, Jinjara Mitchell. They share their strong bonding over a decade and still their relationship running smoothly. Further, Jordan proposed to Jinjara at the Pacific Sands Beach Resort in Tofino, British Columbia on 22 September 2018 with a decision to tie a knot soon. However, the couple has not finalized their wedding yet but spending their beautiful romantic life together. 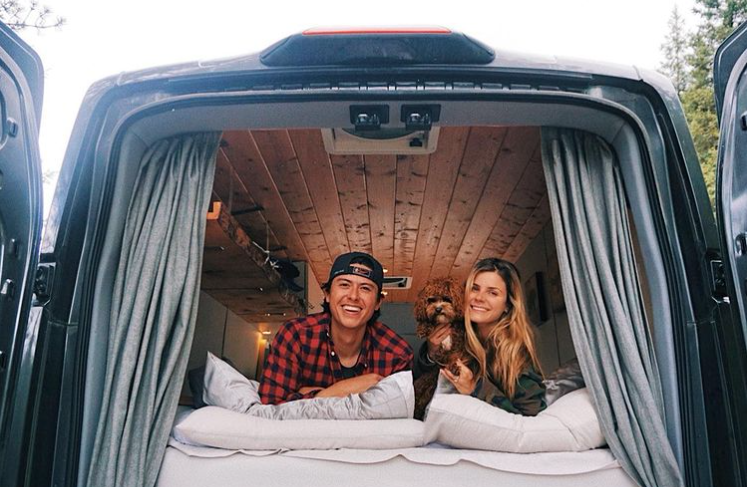 He has been accumulating a hefty amount of money from his works in the entertainment industry. Therefore, he has an estimated net worth of around $4 million. His main source of income comes from his acting career, however, he might have invested in money in some business tenures as well.

The actor has a slim and well-built body structure that stands to a height of 6 feet 3 inches or 1.92 meters. His strong body weighs around 77 kg with unknown body measurements. He has black hair with brown eyes color.