Kehlani is an American singer, songwriter, dancer, and social media influencer. She initially gained notice from her former band ‘PopLyfe’. With the band, she has competed in the America’s Got Talent and end up in fourth place in 2011. After some disputes, she left the band. She then uploaded her first song on SoundCloud months later which helped her to pursue a career as a singer.

She further featured on the top artists’ singles including Eminem’s ‘Nowhere Fast’, Cardi B’s ‘Ring’, Zayn’s ‘Wrong’, and Justin Bieber’s ‘Get Me’. Also, she has collaborated with Russian-German DJ Zedd for the song ‘Good Thing’ and with Teyana Taylor for ‘Morning’. Additionally, the singer who identifies herself as non-binary genderwise has also opened up with her experiences suffering from sexual assault and rape. Let us scroll over to know more of her information while reading her net worth and tattoos. 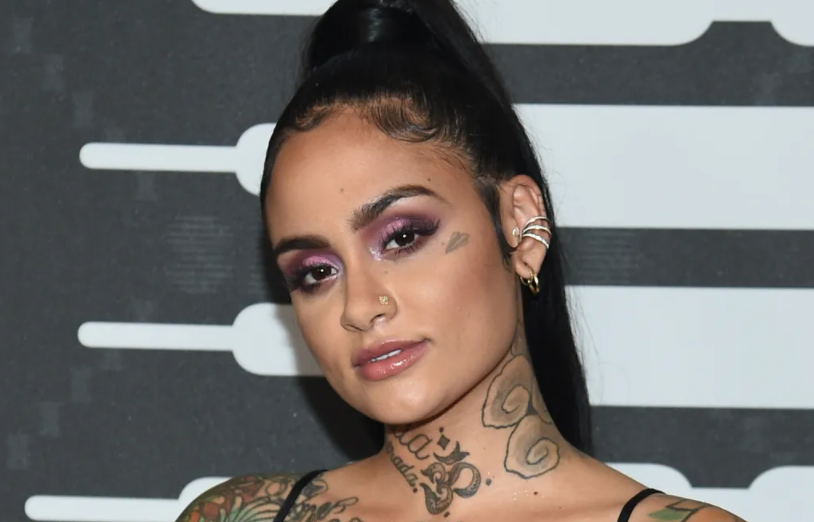 The singer was born on 24 April 1995 as Kehlani Ashley Parrish in Oakland, California, the United States of America. She was born to parents who had a drug addiction. Her father died when she was a child and her mother served jail, after which she was adopted by her aunt. She has a nationality of America and belongs to the mixed ethnicity of Black, White, Native American and Filipino, and Mexican descent.

Regarding her education, she has not documented her educational qualification on the net. However, she learned ballet and modern dance from her teenage years after joining the Oakland School for the Arts. Unfortunately, she had to shift her dancing career to singing after suffering from a knee injury in junior high at Julliard School. Like saying Where one door shuts another opens, she has achieved more in her singing career despite her past passion.

She has been pursuing her musical career from a young age, and at the age of 14, she recruited to join a local pop cover band ‘Poplyfe’. The band then auditioned in the sixth season of America’s Got Talent in 2011. They ended up in fourth place and later she left the band because of several managerial and contractual disputes. Shortly after that she became homeless and began to steal iPhones and sell them to help her with money and food for a short time. After months, she uploaded her first solo track ‘ANTISUMMERLUV’ on SoundCloud.

She released her first mixtape Cloud 19 in 2014 after being called up again by Nick Cannon to LA. Following that, she traveled to New York City to work with Jahaan Sweet, a record producer. In the same year, she released the song Till the Morning which placed on the Billboard’s one of the ‘Emerging Picks of the Week’ that year. She then recorded her second mixtape You Should Be Here that debuted number on the US Billboard Top R&B/Hip-Hop Albums.

Furthermore, she had released her debut studio album ‘SweetSexySavage’ in 2017 with Atlantic Records. She released her second studio album It Was Good Until It Wasn’t in 2020. The album debuted #2 on the US Billboard 200. She is currently set up to release her third studio album Bluewater Road.

The 26-year-old(as of 2020) American Singer possibly dating someone as she rumored to hook up with dating her guitarist Javie Young-White. She revealed her boyfriend after she announced her four months pregnant on Instagram in October 2018. She gave birth to her daughter Adeya Nomi Parrish YoungWhite on 23 March 2019 at home. As of now, it is unknown whether she is single or enjoying her love life with somebody.

She previously has been in relationships with a few guys. Some of her love interests in the past are YG (2019), Ella Mai (2018), Dave East (2017-2018), Shaina Negrón (2017), Kyrie Irving (2015-2016), PartyNextDoor (2014-2016), and Demi Lovato. Furthermore, she has identifies herself as a lesbian but she previously admitted as queer and pansexual in past. In an interview, she says she is polyamorous and definitely on the non-binary scale and pronounced herself as she/they as announced on her Twitter accounts.

She has been earning good revenue from her career as an American singer, songwriter, and dancer. She also has huge followers on her social media platforms where she also flaunts her song and ability. Therefore, she has an estimated net worth of around $3 million.

She has a well-maintained body structure that stands to a height of 5 feet 4 inches or 1.63 meters and weighs around 53 kg. Her body measures 34 chest size inches, 26 inches waist size, and 35 inches hips size respectively. She has dark brown eyes color with black hair color.

She is an avid tattoo lover and heavily tattooed all over her body. At the age of sixteen, she got her first tattoo. Some of her tattoos include Coraline, Mia Wallace, and Vincent Vega dancing, a sleeve of roses, a sunflower, and face tattoos of a paper plane and four dots.