Kim Tae Hyung is popularly known as “V” from the South Korean K-pop boy band ‘Bangtan Boys(BTS)’. He further is a singer, songwriter, dancer, actor, and record producer. He debuted on 13 June 2013 as a member of BTS under the record label Big Hit Entertainment company. The boy group consists of seven members: Jimin, J-Hope, RM, Jin, Suga, Jungkook, including V.

V has received positive praise for his baritone as well as gained wider recognition for his solo song ‘Stigma’. Also, he has coined the phrase ‘I Purple You’ during the 2016 fan meeting in November. Since then, purple became the symbol for BTS and its Army. He was ranked as the 4th most preferred idol of 2019 while ranking 9th in 2018, according to the survey conducted by Gallup Korea. 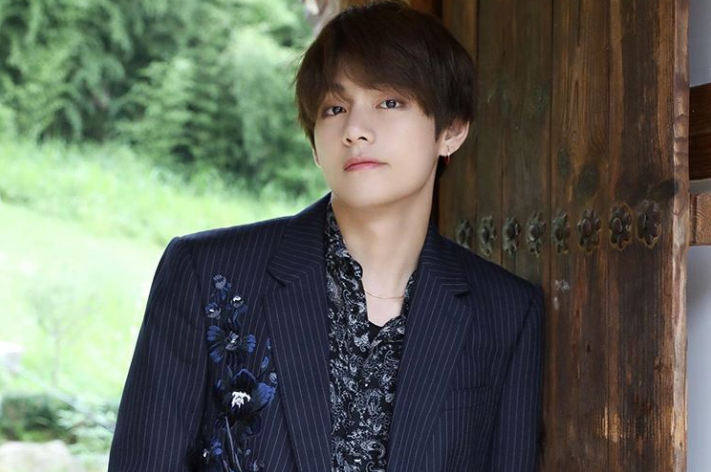 The BTS member V was born as Kim Tae-Hyung on 30 December 1995 in Daegu, South Korea. He is the eldest of three children to supportive and loving parents. He has a younger brother, Kim Jong Gyu, and sister, Kim Eun Jin who grew up in Geochang County. Further, his sister Eun Jin is a South Korean field hockey player. Additionally, he is born under the zodiac sign, Capricorn.

Since elementary school, V developed an interest to be a professional singer. Eventually, he began taking saxophone lessons in early middle school when his father agreed with his journey on learning how to play the saxophone. In the beginning, he joined the Big Hit Entertainment as a trainee after passing an audition in Daegu. In 2014, he graduated from Korean Arts High School, and recently he enrolled in Global Cyber University.

He debuted as an idol with on 13 June 2103 as a member of Bangtan Boys (BTS) with debut single album ‘2 Cool 4 Skool’. However, the album did very poorly and its singles failed to make an impact on the charts. They came back with their EP ‘Skool Luv Affair’ in January 2014. The Ep sold its 250 thousand copies and also topped the Korean album chart. Since then, they had been rising with numerous accolades and records on the global stage as well.

In 2016, he released a solo song ‘Stigma from the album ‘Wings’, contributing to music composition and lyrics. Followed by his second solo song ‘Singularity’ as the trailer for BTS’ then-upcoming third LP ‘Love Yourself: Tear’, in 2018. In the same year, on 24th October, V along with his BTS member received the prestigious fifth-class Hwagwan Order of Cultural Merit medal by the President of South Korea to spread of culture.

He made his acting debut with KBS2’s historical drama ‘Hwarang: The Poet Warrior Youth’ in 2017. And also the first BTS member to get into acting. For the series soundtrack ‘It’s Definitely You’, he collaborates with his fellow bandmate Jin for a duet. 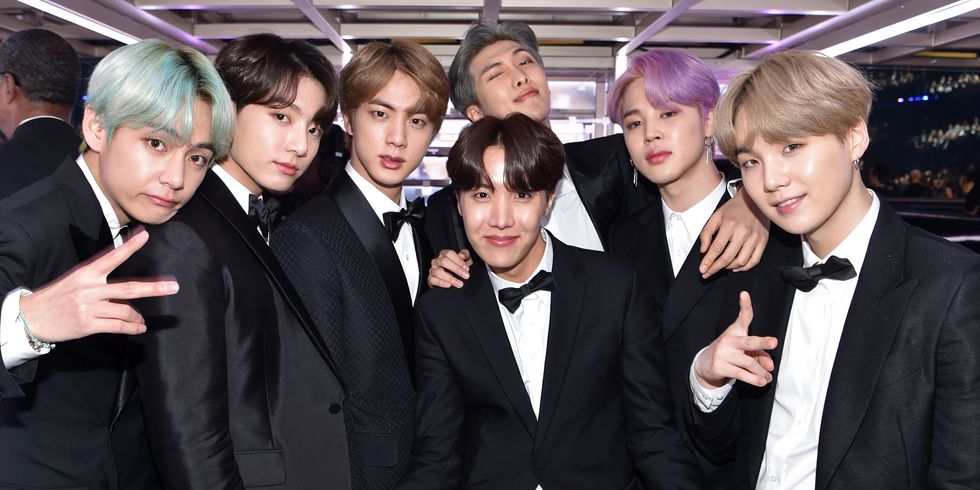 Caption: V along with his BTS member.
Source: Cosmopolitan

There are many speculations that becoming an idol would be banned from dating. But the speculations are untrue because there are many dating rumors circulating around the idols though they confirm to be single at the moment. Further, it is noted that dating things will hamper the work of these idols. However, V is the only BTS member relationship status that was discussed openly by the entertainment company.

Rumors of V’s dating began when he used the phrase ‘Hi Nuna’ regularly on his Instagram. And also flaunted the ring written Hi that was given to him by his BTS fan named Hi. Therefore, the rumors began to circulate of his dating with fan Hi. But Big Hit Entertainment later confronted that they are just friends and been talking to each other. Anyways, at the moment, he is single and focusing on his graduation and career.

BTS member V has also made a hefty amount from BTS’s record-breaking music and crediting writing/producing some of the songs. He also collects a profitable amount landing a job as an actor appearing in a few series. Therefore, his net worth has an estimation of around $8 million. In addition, the net worth of BTS band estimates at around $60.

The handsome singer stands to a height of 5 feet 10 inches and weighs around 62 kg. There is no information on his slim physique body measurements of chest, waist, or hips. He is also a fan of piercing, therefore, he has at least five piercings: three on his left ear and two on the right ear.

Read about the members of the Got7 k-pop band: Bam Bam, Jackson Wang, and Kim Yugyeom.