Laurel Hubbard is a New Zealand weightlifter who is selected to compete at the 2020 Summer Olympics. She was the first openly transgender woman to compete in the Olympic Games. She is ranked seventh in the IWF’s women’s +87 kg division. Before coming out as transgender, Hubbard set New Zealand junior records in 1998 in the newly established M105+ division with snatch 135 kg, clean & jerk 170 kg, total 300 kg. In 2012, Hubbard transitioned to female and became Laurel Hubbard. After five years, she competed in international weightlifting for the first time in 2017. Additionally, she won two gold medals at the 2019 Pacific Games in Samoa. In 2020, she won the gold medal in the women’s +87 kg event at the Roma 2020 World Cup in Rome, Italy. On 2nd August 2021, she competed in the Women’s +87kg, placing last with three failed snatch lifts.

Laurel Hubbard has made history by becoming the first openly transgender athlete to compete in an individual event at the Summer Olympics. The New Zealand weightlifter did not make the podium, after failing to advance to the final. Competing in the 87+kg class on Monday, Hubbard struggled to lift 125 kg (275 pounds), putting her out of the running. Her official result is “did not finish,” as she bowed out after failing to record a clean lift in the snatch section of the two-part competition. She had seemed to successfully lift the weight in her second of three attempts, but in a split decision, the judges ruled she had not held the bar steady above her head. Despite not reaching the final round, Hubbard smiled and cupped her hands together in a heart gesture before walking off the stage at the Tokyo International Forum. “My performance wasn’t what I had hoped, but I’m humbled by the support I’ve received from so many people around New Zealand,” she said, adding, “I am aware that my participation has been controversial.” Hubbard made headlines when the International Olympic Committee cleared her to compete – a decision that has sparked both support and criticism. For her part, Hubbard has welcomed the chance to compete on the world stage while also showing her true self.

What is Laurel Hubbard Famous For?

Where is Laurel Hubbard From?

Laurel Hubbard was born as a man on 9th February 1978. Her place of birth is in Auckland, New Zealand. Her birth name or previous real name was Gavin Hubbard. She holds New Zealander nationality and her ethnic background is New Zealand-Irish. Her race is White. Her present age is 43 as of 2021. She was born to her father, Dick Hubbard, a former Mayor of Auckland City as well as the founder of ‘Hubbard Foods’ and her mother, Diana Reader. Her Zodiac sign is Aquarius and her religion is Christian. Іn 2012 Hubbard tranѕitioned to became and fémale Laurel Hubbard. She told an interviewer that she began participating in weight lifting when she was living as a male because she hoped it would enable her to become masculine in the year 2017. 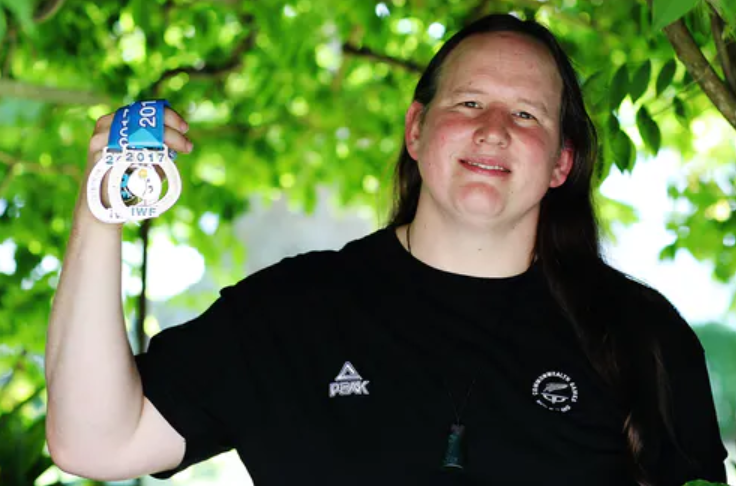 Who is Laurel Hubbard Boyfriend?

Laurel Hubbard is not married yet and she is still to get married. Currently, the 43-year old, Hubbard seems to be focusing on her career. There is also no news and rumors about her dating, boyfriend, relationship with the media. The details of her partner are also unknown. She is very confidential about her personal life. She is enjoying her present life happily without any disturbances. Her sexual orientation is transgender.

Laurel was charged with ‘careless driving causing injury’ while she was close to Tokyo Olympics 2021. The male driver was hospitalized for two weeks and need major spinal surgery on returning to Australia. She later pleaded guilty in January 2021 and to pay the couple around $13K including $100K for emotional harm.

How much is Laurel Hubbard Net Worth?

Laurel Hubbard is a famous weightlifter whose net worth is estimated to have between $1 Million-$5 Million as of 2021. However, her exact salary is unavailable at a moment. Her major source of wealth comes from her weightlifting career and she is satisfied with her earnings. She has been an inspiration to many transgender people.

What is the Weight of Laurel Hubbard?

Laurel Hubbard is a very beautiful weightlifter with a white skin tone. She has a height of 6 ft 1 in or 1.85 m. Her balanced bodyweight consists of 90 KG. Her body type is average. Іn 2012 Hubbard tranѕitioned to became and fémale Laurel Hubbard. She underwent gender surgery. Her hair color is black and her eye color is brown. Her other body measurements is unavailable at the moment. Overall, she has got a healthy body and she maintained her body a lot by doing frequent exercise. She has an Irish symbol inked on her left arm. The Celtic symbol, aka The Shamrock, is also the national flower of Ireland. It signifies the holy trinity of the Father, Son, and Holy Spirit. She has wider cheeks and smaller lips.