Born on March 25, 1979, Lee Pace is an American actor who is best known for his role as Thrandull in The Hobbit trilogy and as Joe MacMillan in the series Halt and Catch Fire. 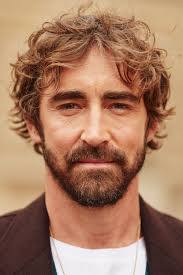 He appears in the series Foundation as Brother Day.

Before Fame: He attended Julliard School.

Lee was born to Charlotte and Roy Pace. He has two siblings. His father is a Vietnam war veteran.

In June 2018, he identified him as a gay actor in an interview with The New York Times. As for his relationship status, it remains unknown at the moment.
Visit his Instagram for more information.

Lee is an American actor.

His father is a Vietnam veteran.

He has English, Scottish, German and Welsh ancestry.

Pace is best known for his role as Elvenking in The Hobbit King.

Pace is also known for his in Halt and Catch Fire, Ronan the Accuser and Pushing Daisies.

Pace appears in the series Foundation as Brother Day.

He started his career in off-Broadways.

He made his Broadway debut in The Normal Heart in 2011.

I find that the best way into [acting successfully] is to open my heart up to it and allow it to be as truthful and honest as I can be, and I can make it. It’s hard to do that; it’s hard to open yourself up to something.

For more information, visit our site