Jefnier Osorio Moreno is a Puerto Rican singer and social media personality. He is popularly recognized by his stage name ‘Lunay’, though he initially has uploaded songs under his name Jefnier. He gained prominence in the Latin and reggaeton musical industry with the songs like ‘A Solas’, ‘Luz Apaga’, ‘Soltera’, and ‘Soltera (Remix)’.

Furthermore, he has released his debut studio album, ‘Épico’ in October 2019. The album features 14 tracks and collaborations with urban artists like Daddy Yankee, Bad Bunny, Ozuna, Alex Rose, and Brytiago. Additionally, during the 2019 Premios Juventud, he has won the award for artist ‘on the rise’. Let us scroll over to know more information on the Puerto Rican trap singer. 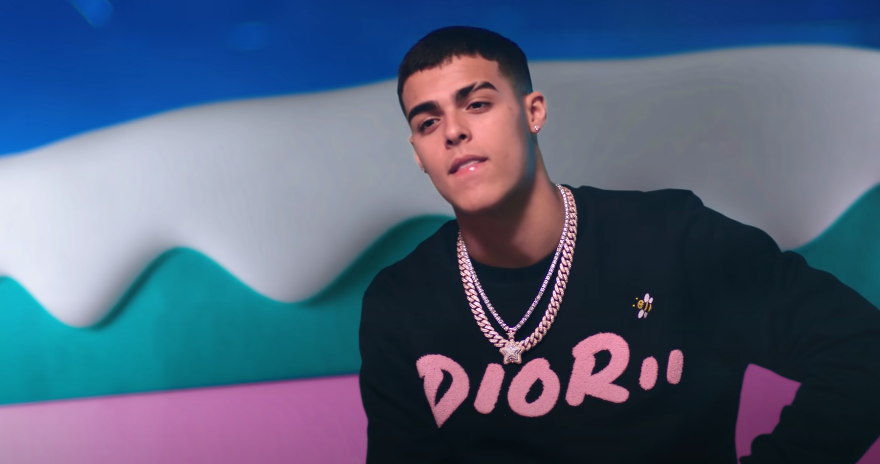 He was born on 4 October 2000 as Jefnier Osorio Moreno in Corozal, Puerto Rico. He was born in Christian parents to father Máximo and mother Jennifer. His parents divorced when he was six-year-old. He has one biological brother Jeimax and two half-sisters: Jeimaris Nicole and Kate. Regarding his education, he attended a local high school. But he has not discussed his educational qualifications in the media.

The 21-year-old (as of 2021) started his singing career from the year 2017 when he uploaded his songs to SoundCloud under the name Jefnier. At the time, he launched ‘Aparentas’ which attracted the attention of two recognized Puerto Rican producers Chris Jeday and Gaby Music. Following that, he signed with the producers under his current stage name ‘Lunay’.

After that, he released many songs including ‘Si Te Vas Conmigo’, and ‘Dejame Saber’. He has also collaborated with several artists like Lyanno, Amarion, Ozuna, and Rauw Alejandro. He has created a YouTube channel under his stage name which has helped him to garnered many hearts. Through this platform, he has released many covers of the songs as well as remixes including Soltera, a remixed version featuring Daddy Yankee and Bad Bunny.

Coming over to his relationship, he is not married at the moment and is possibly single. He might be in a secret relationship or enjoying his bachelor life, he has not disclosed much of his love life. However, he recently has been gossiping for sharing his few photographs with the Brazilian singer, actress, and dancer. She has gained fame for her 2013 single “Show das Poderosas”.

Moreover, it is unclear whether they are in a relationship or just a friendship. After a time being, they would announce themselves, we will wait for the news and update about it. Besides that, he loves to spend his leisure time in the gym and hanging out with his friends.

Coming to his earning, he has a good net worth of around $1.5 million from his musical career. The pop singer’s main source of income mainly comes from his producing a track and songs. The artist also loves to wear jewelry chains and watches. Also, he loves sporty and luxurious cars and has a car collection including Lamborghini Urus and Range Rover Vogue.

The Latin singer has a slim and muscular body that stands to a height of 5 feet 10 inches or 1.78 meters. His body weighs around 71 kg with unknown body measurements. He has black hair and black eyes color with an eyebrow cut on the left side. Also, he has tattooed different parts of his body, especially heavily inked on his left hand.