Malik McDowell is an American NFL player playing as a football defensive tackle and a free agent. Currently, he has signed with the Cleveland Browns of the National Football League as a defensive tackle. Previously, he had played his collegiate game for Michigan State and later selected by the Seattle Seahawks in 2017 in 35th overall in the second round of the 2017 NFL Draft.

The player had served 11 months sentence in prison for a series of crimes he pleaded guilty to in 2019. Further, he charged with resisting and assault after he got an altercation with police in one of Michigan’s stores in February 2019. Following that in April 2019, he charged for possessing the stolen car as well. Wanna more on him then keep on scrolling. 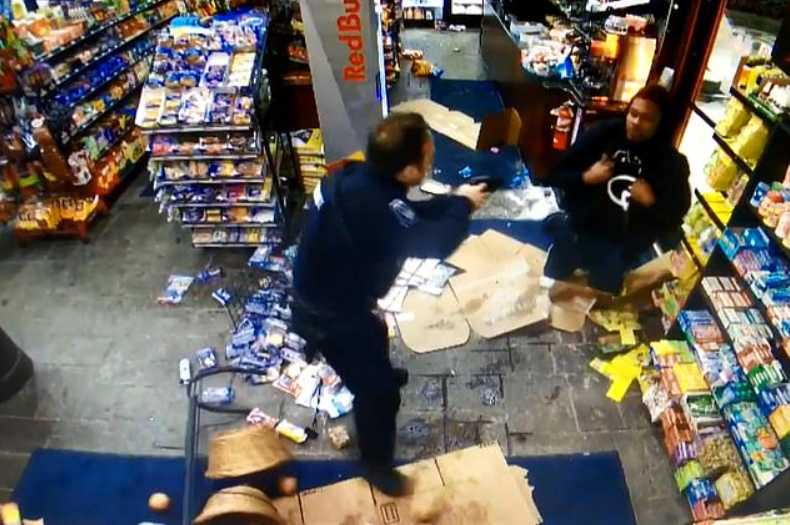 Caption: Malik McDowell arrested on the charge of resisting and assault in February 2019.
Source: Dailymail

The athlete was born on 20 June 1996 in Detroit, Michigan, the USA. Malik Devon McDowell is the son of Greg McDowell and Joya Crowe. Further, he has not provided information on his siblings or early years. He has the nationality of America and mixed ethnicity.

Regarding his education, he attended Loyola High School and later transferred to Southfield High School in Southfield. During his high school days, he began to football and was ranked as the second-best defensive end in his class and overall 26th best player. Following his good remarks, he committed to play college football with Michigan State University.

He played his college football under the head coach Mark Dantonio at Michigan State. He finished his true freshmen in 13 games in the 2104 season with 15 tackles and 1.5 sacks. Following that, Fox Sports named him an All-American in 2015 and given name Second Team All-Big Ten in 2016. Further, the Seattle Seahawks selected him in the second round and 35th overall in the 2017 NFL Draft.

Moreover, the team signed him with a four-year contract of $6.95 million and $4.40 million guaranteed as well as a signing bonus of $3.19 million. After a few days, he was injured in an ATV accident prior to a training camp and he later placed on the reserve at the end of July 2017. The Sea-Hawks waived him in July 2018 with a non-football injury designation after he was arrested in December 2017.

In 2019, he got into an altercation with police and charged with assault and resisting arrest. Following the incident, Seahawks released him and also filed a lawsuit against him in May 2019 for failing to repay his signing amount of $799,238. Also, he was suspended for two weeks of the 2019 NFL season and he later signed with the Cleveland Browns on 3 May 2021.

Coming over to his personal life, he seems to be single at the moment or might be in a secret relationship. However, he has not confirmed his relationship with any beauty out there. On the safe side, he is a single man and currently struggling with his tumultuous time.

Talking about his earning, he had earned a considerable amount from his football playing career. However, because of arrest and serving in prison, he had not been able to play football. Therefore, in 2021, he had signed with the Cleveland Browns and plays as a free agent. But he had not revealed the signing amount, moreover, no information on his salary as well. He might have an estimated net worth of around $1 million.

He has a strong and fit body that stands to a height of 6 feet 6 inches or 1.98 meters. Her body weighs around 134 kg with unknown body measurements of chest and waist. He has black eyes color and black hair color.