Matt Ryan, not to be confused with popular American football quarterback of Atlanta Falcons, but he is a popular Welsh actor. Many people recognize him in the role of John Constantine in American horror TV drama ‘Constantine’ along with Lucy Griffiths.

He has also featured in several series and films like ‘Arrowverse’, ‘Legends of Tomorrow’, ‘Justice League Dark’, and ‘Constantine: City of Demons’. Moreover, he has also voiced for the character Edward Kenway in the Ubisoft video game Assassin’s Creed IV: Black Flag. Let us together discover more of his information below. 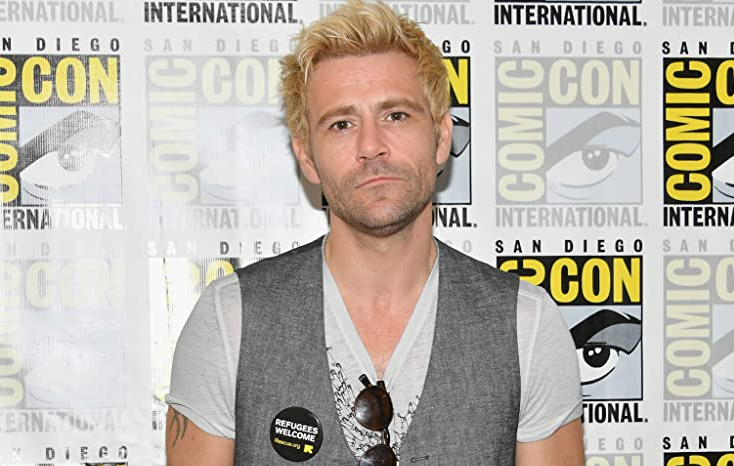 The Welsh-American veteran actor was born as Matthew Darren Evans on 11 April 1981. He was born and raised as the son of Steve and Maria Evans in Swansea, Wales, the United Kingdom. Other than, there is no information on his parents or siblings.

For his education, he attended schools in Penyrheol and moved to Gorseinon College. From there, he completed a BTEC Performing Arts course. Later, he joined and graduated from the Bristol Old Vic in 2003, following that, he enrolled himself at the Royal Shakespeare Company in 2004.

At a young age, he had made up his mind to make his career in acting. So at the tender age of ten, he appeared in the theatre production of West End’s ‘Les Misérables’ as Gavroche. In addition, he has not stopped working in the theatres, hence, he occasionally featured in theatres whenever he got a chance. Some of his theatre works include 2012 Royal Court Theatre’s ‘Look Back in Anger’ and 2017 Donmar Warehouse ‘Knives in Hens’, amongst many more.

He started his television career in 2001 as Gilly in ‘Nuts and Bolts’ and Tonker in 2004 ‘Mine All Mine’. In 2011, he became series regular for the series ‘Criminal Minds: Suspect Behavior’ as Mick Rawson for 13 episodes. Following that, he got the lead role of John Constantine in the horror series ‘Constantine’. Then he appeared in a recurring role of John Constantine in the third season of ‘Legends of Tomorrow’. Ad from the fourth season, he was featured as King Kon-sten-tyn. He had also worked as a guest role in the series like ‘The Flash’, ‘Batwoman’, ‘Arrow’, and ‘Criminal Minds’.

In 2002, he made his first appearance in films with Johnny in the movie ‘Pocket Money’. Then he worked in several movies including 2007 ‘Blood money’, 2009 ‘Wild Decembers’, 2012 ‘Armistice’, 2015 ‘Away’, and working in the upcoming film ‘Adverse’. He had also voiced for the animated film ‘Justice League Dark’ and its series as ‘John Constantine’.

Coming over to his personal life, he has a very successful career, however, he seems secretive when it comes to sharing information on his personal life. The actor has been maintaining his private life away from the media. Therefore, he currently is in a secretive relationship or probably be single. Further, he has not hinted a word on his romantic relationship. Going to a safe zone, he possibly is single at the moment.

Moreover, stalking on to his social media account, there is no single post that suggests his love life. Further, he must be not ready to mingle with anybody or that the right time has not come where he can be committed. Anyway, he is doing great in his field and planning to expand his career more. Also, he has not involved in any kind of controversy or rumors.

He is a well-known actor from the United Kingdom who has been actively working in the entertainment industry since 2001. Further, there is not much information on his earnings. However, he must have earned a handsome amount of money from his acting career. Further, according to sources, he has a net worth estimated at around $10 million. However, you must not be confused with the American footballer Matt Ryan who has a net worth estimated at $70 million from football career.

The actor has a muscular build body that has a tall height of 5 feet 11 or 1.80 meters. His body weighs around 75 kg with unknown body measurements of chest, waist, and biceps. He has dark brown eyes color as well as hair color. Additionally, it seems he is a tattoo lover, therefore, he has inked two tattoos in his right upper arm and another in back.