Superfruit, the American musical as well as a comedy duo consisting of artists like Mitch Grassi and Scott Hoying. Both the artist are best known for their works on the a cappella group ‘Pentatonix’. Superfruit is a YouTube channel launched on 4 August 2013, since then, they are featuring humor-oriented vlogs and mostly a capella covers in the style of Pentatonix. 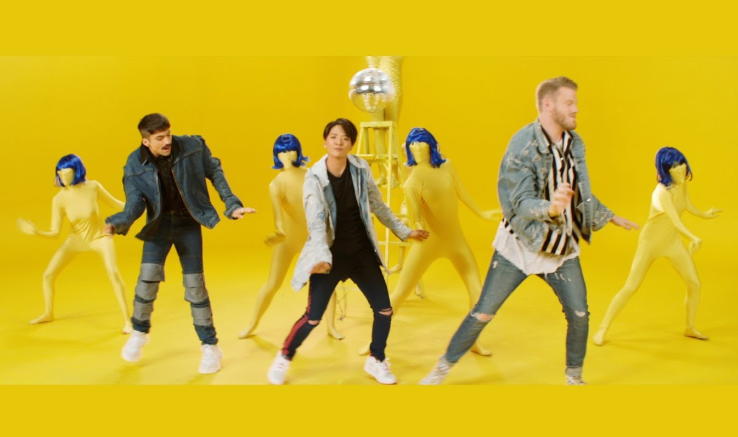 You must be wondering how these popular artists came together to form the duos ‘Superfruit’. They have revealed while they were at multinational pancake house restaurant ‘IHOP’ and talking to create a YouTube channel individually which ultimately became together. The name ‘Superfruit’ came from a random thining of Mitch’s side.

With the flow, they began to upload the videos on duos daily lifestyle and casual games competition. Also, they started to upload videos of their covers, original songs, and many others.

The channel consists of two members from the American a capella group ‘Pentatonix’ along with Kirstin Maldonado, Kevin Olusola, and Matt Sallee.

Mitch Grassi: Born on 24 July 1992, is an American singer and musician from Arlington, Texas. He is a Tenor lead and backing vocals from the year 2011 to present in the group ‘Pentatonix’.

Scott Hoying: Born in the United States of America, he has become a baritone lead and backing vocals in the a capella group ‘Pentatonix’ from 2011 to present.

The duos from the ‘Superfruit’ rumored to date each other despite coming out both as gay. Though they are opened as gay, they are not dating each other. Instead, they are dating individually with another person. However, they have revealed in one of the videos that they had dated for about 2 weeks, sometime in 2009. Additionally, Grassi is dating Beau Sloane whereas Hoying is dating Mark Manio.

The duos started off with their musical journey with the Superfruit by uploading covers and medleys in the style of Pentatonix. They hit social media by their music covers as well as their comedy videos. Later in 2016, they released their first original sings ‘Bad 4 US’ on October 18 followed by his next song ‘Sweet Life’ on November 15.

Besides YouTube, The members also went for promoting ‘The SpongeBob Movie: Sponge Out of Water’. Further, they had also appeared on American late-night show ‘The Grace Helbig Show’. They guest-starred on hit YouTube channel ‘Good Mythical Morning’ in January 2018.

Credited as Superfruit, they worked on Betty Who’s ‘Beautiful’ in her second album ‘The Valley’. Additionally, Grassi and Hoying featured with Pentatonix member Kirstin Maldonado in Todrick Hall’s ‘Black and White’.