Mimi Ndiweni is a British-Zimbabwean actress who has appeared in a few television series and films, debuting in 2015. Before that, she started her career from theatres and had worked in several theatres plays like ‘Hamlet’ and ‘King Lear’. In addition, she portrayed the character ‘Fringilla’ in Netflix’s ‘The Witcher’.

Moreover, it was her dream career which she had started to make from her secondary school when she joined the Yvonne Arnaud Theater. Since then she has been working hard to make her career in acting. Do You wanna know further information on her bio, career, and net worth, then keep on scrolling below. 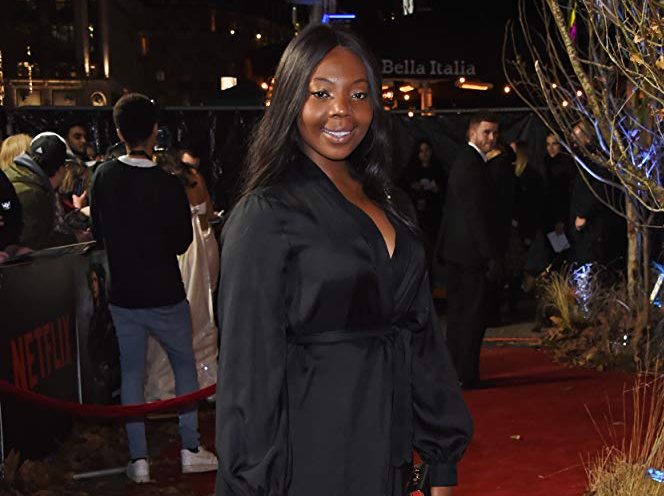 Ndiweni was born on 31 August 1991, in London, United Kingdom as Mimi Michelle Ndiweni. She grew up in Guildford, Surrey where she started her career as acting while she was a teenager. There is not much information on her parents but her father is from Zimbabwe and mother is from Britain.

While she was in secondary school, she enrolled herself at the Yvonne Arnaud Mill Street Studios, to pursue her dream career, acting. Later, she joined the Royal Welsh College of Music and Drama in Cardiff and got a degree.

She has won the Spotlight Prize, the prize who had won by artists like Robert Lindsay, Dame Judi Dench, and Zoe Wanamaker in the past. Ndiweni got this prize at the age of 21, beating other students from 20 top UK drama schools. She started off her acting career in theatres after graduating from Royal Welsh, she joined Royal Shakespeare Company in 2013. With the company, she did notable roles like ‘Tiger Lily’ in ‘Wendy & Peter Pan’ and ‘Ophelia’ in ‘Hamlet’.

In 2015, she left RSC and went to on roles on television and films. She then had a regular appearance on the television show ‘Mr. Selfridge’. But occasionally, she would return to the theatres. Further, she had toured with RSC in 2018 to North America and portrayed the first leading role ‘Jekesai’ in ‘The Convert at The Gate Theatre’ in London in 2017.

Her TV series credit includes ‘Yonderland’, ‘Doctor Who’, and ‘Black Earth Rising’, amongst many others. She debuted her film career with 2015 ‘Cinderella’ as a slipper lady. Following that, she appeared in two films ‘The Legend of Tarzan’ as ‘Eshe’ and as ‘TV News Anchor’ in ‘The Last Dragonslayer’. Recently, she has worked in the 2019 film ‘Star Wars: The Rise of Skywalker’ as ‘Resistance Officer’.

Coming over to 28-years-old dusky beauty’s personal life or love life, well, you must be wondering Mimi is married or in a relationship. Additionally, she is living a low-key life, so, there is no information on her love life. However, Mimi herself has not disclosed her relationship in the media. She might be dating secretly but in the safe zone, she is possibly single.

The rising star must be focusing on her career building. So, she is one of those actresses who do like to involve in the third wheel that can hamper their image or work.

The actress has gathered a handsome amount of money through her work as an actress. However, there is no exact information on her salary and income. Further, according to sources, her net worth has an estimated range between $300,000 to $600,000.

Mimi, the dusky beauty has a slim and maintained body that has a height of 5 feet 8 inches or 1.73 meters. Her body has a measurement of 34-25-35 inches and weighs 58 kg. She has a black eye as well as hair color.