Mimi Rogers, by the name, you must have recognized the veteran American actress and producer. Your other guess is also right that once she had married the Mission Impossible actor Tom Cruise and divorced after three years of their marriage. In addition, she is recognized as a professional poker player.

She has recognized working in movies like 1986 ‘Gung Ho’, 1987 ‘Watch Over Me’, and 1990 ‘Desperate Hours’. Further, she has captured millions of heart through her performance in the 1991 drama film ‘The Rapture’ along with David Duchovny. For her role ‘Sharon’ in the film, she has gathered nominations and praise from critics. Nonetheless, popular English critic and educator Robin wood has declared her performance to be one of the best in Hollywood history. 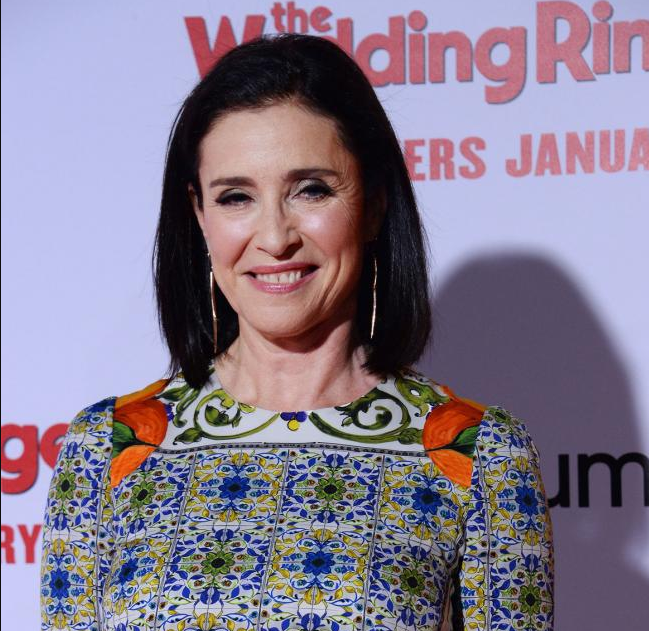 Caption: The actress attended the premiere of the movie ‘The Wedding Ringer’.
Source: UPI

Rogers was born on 27 January 1956, in Coral Gables, Florida, the US, as Miriam Spickler. She adopted her last name Rogers after her first ex-husband James Rogers. She was born as the daughter of Philip C. Spickler and mother Kathy Talent. Her father worked as a civil engineer and mother was a former dancer and drama major. She has a mixed ethnicity of Jewish and Episcopalian. She grew up in an environment of Scientology which her father practices after Mimi’s birth. Mimi has a brother named Paul Spickler but there is not much information on him.

Further, before settling in Los Angeles, her family has spent their time in different cities including Virginia, Arizona, Michigan, and London. At the age of 14, she completed her basic education. Instead of attending college, she preferred to work at a hospital for incapacitated patients outside Palo Alto, California. Also, she worked as a part-time social worker for six years in counseling.

Mimi began her career after the end of her first marriage, then she moved to Los Angeles. At the arrival to LA, she studied acting for nine months along with Milton Katselas. After getting on an agent, she began to appear on television from the year 1980. Before becoming regular on ‘The Rouster’, she has appeared in the series like ‘Hill Street Blues’, ‘Magnum P.I.’, and ‘Hart to Hart’. After that, she joined the cast of ‘Paper Dolls’ as ‘Blair Fenton-Harper’. Rogers appeared as a guest role in the series like ‘Disneyland’, ‘Tales from the Crypt’, ‘The Larry Sanders Show’, ‘Partners’, ‘Hope & Faith’, ‘My Boys’, and ‘NCIS’, amongst others.

In 1997, she won the nomination in Satellite Award for Best Performance by an Actress in a Supporting Role for the TV movie ‘Weapons of Mass Distraction’. Later in 1990, for the film ‘The Devil’s Arithmetic’, she earned a nomination in Daytime Emmy Award in the category for Outstanding Children’s Special. Her other notable roles in the Television movie includes ‘Virtual Obsession’, ‘Selling Innocence’, ‘Falling Up’, and ‘Sins of the Mother’.

Rogers debuted her film career with 1983 ‘Blue Skies Again’ as ‘Liz’. Next, she appeared in several movies until her big break came in the movie ‘The Rapture’. After that, in 1994, she won the Seattle International Film Festival Award for the movie ‘Reflections on a Crime’. Thereafter, she has been part of several movies like 2000 ‘Cruel intentions’, 2003 ‘Dumb and Dumber: When Harry Met Lloyd’, 2009 ‘Frozen Kiss’, 2010 ‘Abandoned’, and 2015 ‘The Wedding Ringer’.

Besides acting, in her teenage, she has played poker professionally. In 2003, she took part in a poker competition following that she finished money in her first major tournament at World Poker Tour’s 240 player shooting star’s main event No-Limit Texas hold’em tournament. She also competed on 2006 Ladies No-Limit Hold’em World Series of Poker event. In addition, she is also one of the board of directors of the World Poker Tour.

Rogers currently is happily married to her producer and director Chris Ciaffa. First, they began their relationship with live-in since 1990. After having two kids, the couple wedded in 2003. However, many of you may not know that this is her third marriage. Previously in 1976, she married James Rogers but their relationship didn’t go well. So, in 1980, they ended their relationship. But the actual reason for their marriage was not revealed in the public. 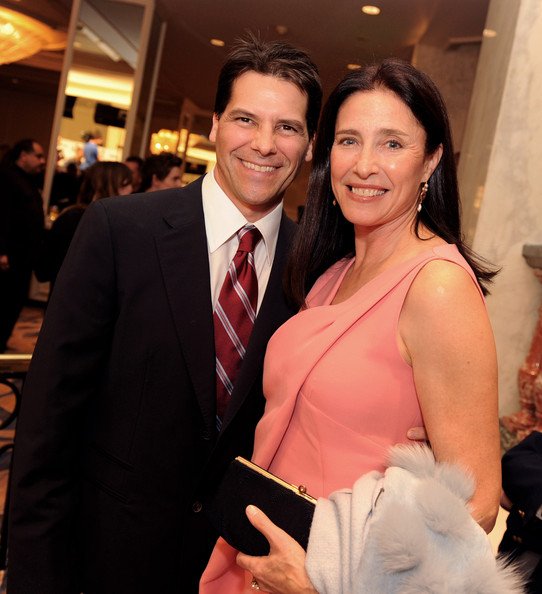 After the seven years of her divorce, love come to her in the form of the actor Tom Cruise. Then the couple married on 9 May 1980 in New York City. Unfortunately, after two years in 1989, they started to live separately and filed for divorce. Further, their divorced finalized in 1990 but before a month of their divorce, they released a joint statement. The statement states having positive aspects of their marriage due to some issues which can’t be resolved even after working on them for a long period, they decided to separate. So, there may be also other reasons for their separation, but for now, we may consider as irreconcilable issues.

Talking about her net worth, she has made a huge income out of her career. Since the early 80s, she has been constantly working in the industry gathering a good amount. Further, her net worth has an estimation of around $10 million. Also, she had made a profit from her poker event as she sits in the board of directors position in the World Poker Tour. Additionally, she resides in a 2,425 sq ft home in Los Angeles that worths over $2 million.

Unlike those celebrities who prefer to share their information through different social media platforms, Rogers seems to be very private in nature. As she does not wants to connect with today’s electronic socialize. Therefore, she is not active on these social networking platforms.

The actress has a slim body type that has a height of 5 feet 8 inches or 1.72 meters and weighs 66 kg. Her body has measurements of 38-26-36 inches and has a bra size 34D. Further, she has dark brown eyes and hair color.