Nanaia Mahuta is a New Zealand politician who currently is serving as the Minister for Maori Development and Minister of Local Government in the Sixth Labour Government since 2017. Mahuta is the Member of Parliament(MP) for Hauraki-Waikato who will become the first woman to hold the position of Minister of Foreign Affairs from November 6, 2020.

With the position, she also becomes the first Indigenous female foreign minister of New Zealand who also had been the country’s first female member of parliament to wear a moko kauae, a traditional tattoo on her chin ever.

Mahuta has strong links to the Maori King Movement as she is the daughter of Robert Te Kotahitanga Mahuta, who is the adopted son of King Koroki. Having her political career started in 1996, Mahuta has come a long way up becoming one of the prominent female politicians of her country.

What is Nanaia Mahuta Famous for? 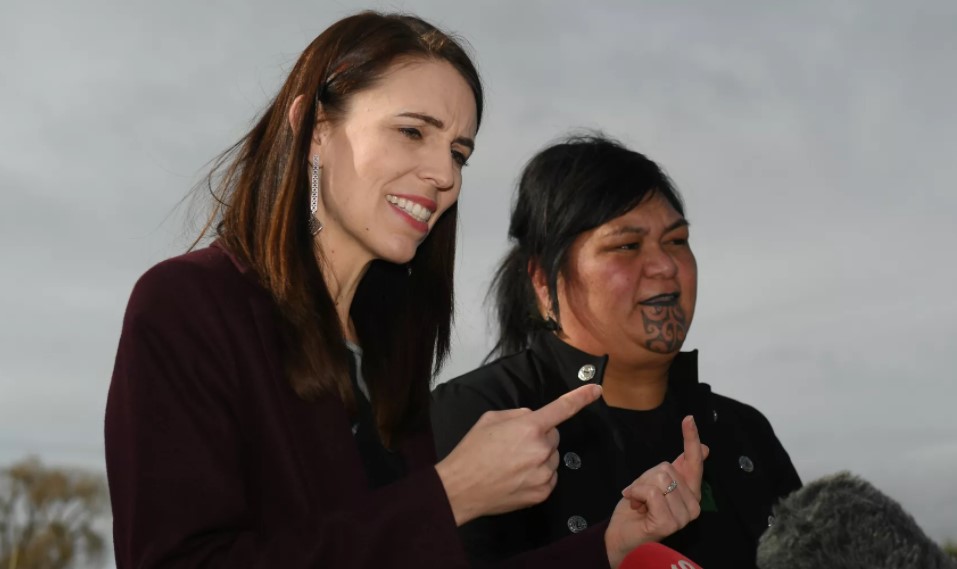 Where was Nanaia Mahuta Born?

Nanaia Mahuta was born on August 21, 1970, in Auckland, New Zealand. Her birth name is Nanaia Cybelle Mahuta. Her nationality is New Zealander. Mahuta belongs to Maori ethnicity while Leo is her zodiac sign.

Nanaia Mahuta was born as the daughter of an Indigenous family to Sir Robert Mahuta(father) and Eliza Raiha Edmonds(mother). Her father, Robert who was the adopted son of King Koroki and the elder brother of Māori Queen Te Atairangikaahu was also a prominent Maori politician. While her mother, Eliza grew up on a small farm in Karetu, New Zealand.

From her father’s side, Nanaia has strong links to the Māori King Movement and is even related to the current Maori monarch, Kingi Tuheitia.

After her graduation, she went on to attend the University of Auckland for a diploma in Māori business development from where she got graduated earning a diploma degree along with a bachelor’s degree and master’s degree in social anthropology. In university, she also worked as a part-time research assistant and a part-time librarian.

She even did seven intermediate law papers at the University of Waikato in Hamilton as well.

Nanaia Mahuta is a married woman. Her only marriage is with her husband, William Gannin Ormsby who is also her first cousin. The couple welcomed their first son Ormsby Mahuta in 2008, who unfortunately lived for only one hour as he was born prematurely. Just a year later the incident, she gave birth to a son named Waiwaia Nukutawhiti Mahuta in 2009 and a daughter, Niua-Cybele by Caesarean section in December 2014.

Her daughter, Niua was the one who convinced her to get a moko kauae, a traditional female Maori tattoo on the chin. Mahuta is also the mother of her 4 step-children, from William’s previous relationship.

Nanaia Mahuta has quite good earnings from her professional career as a politician. With her hard work and her passion to be one of the prominent female politicians, Mahuta has managed to earn a healthy fortune.

With her several respected governmental positions, Mahuta has come a long way up becoming the first Indigenous female foreign minister of New Zealand in 2020. Her net worth is estimated to be around $2.5 million.

Nanaia Mahuta is a beautiful lady with an average body physique in her 50s. She stands tall with a height of 5ft. 6inch.(1.68m) while her body weighs around 85kg(187 lbs). She has a fair complexion with black hair and brown eyes. She even has got a moko kauae, a traditional female Maori tattoo on the chin.