Natalie Imbruglia is an Australian singer, songwriter as well as an actress who came to the limelight after she appeared on the Australian soap opera “Neighbours” as Beth Brennan in 1992 which was her debut TV show. After completing two seasons, she left the show in the year 1994. Her debut album was “Left of the Middle” which was released on December 8, 1997. RIAA certified the album as platinum within four weeks of its release, and it also sold 7 million copies worldwide. It is the highest-selling debut album by any pop/rock/alternative female artist. Her first theatrical appearance was in the British comedy “Johnny English” in 2003. She played the role of Lorna Campbell, opposite Rowan Atkinson. After then, she has appeared in movies which include “Closed for Winter” (2009), “Underdogs” (2013), and “Among Ravens” (2014). She has also modeled for several brands, such as L’Oreal, Gap, and Kailis. She also served as a longtime spokesperson for Virgin Unite and campaigns to raise awareness of obstetric fistula. On 16th June 2021, she announced on her official Twitter page that her single “Build It Better” would be released on 18th June 2021 which serves as the first single from her sixth studio album “Firebird” which was released on 24 September 2021. “Build It Better” did not enter the Official UK Top 100 Chart, but peaked at #67 on the Official Singles Sales Chart Top 100 and at number 66 on the Official Singles Download Chart Top 100.

More than 20 years later, the Australian singer-songwriter is still making music, releasing her sixth studio album on Friday (24th September 2021). “Firebird” is Imbruglia’s first record of original music since 2009 which was written before the Covid-19 pandemic, but mostly recorded during the lockdown in Oxfordshire, England, where she lives. “I just feel so excited to have a body of work that is so personal to me but that I’m so proud of,” the 46-year-old said in an interview. “I had writer’s block for so long… I just want people to hear the album. I just can’t wait.” Her lockdown recording sessions were a blessing in disguise, Imbruglia said, as she could tweak her work more than usual and spend time with her son Max Valentine Imbruglia, whose birth she announced via Instagram in October 2019. “I was a new mum at the period of time where you don’t really want to be leaving your child, so it kind of was brilliant because I could record a vocal and go and have a cuddle and then come back,” she said. During her pregnancy, Imbruglia shared that she conceived with the help of IVF and a sperm donor. 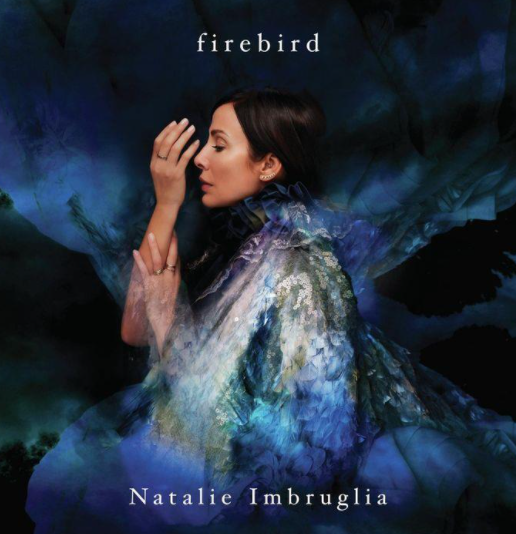 What makes Natalie Imbruglia so famous?

What Ethnicity is Natalie Imbruglia? Details About Her Age, Family, Education

Natalie Imbruglia was born on 4th February 1975 in Sydney, New South Wales, Australia whereas she grew up in Berkeley Vale, New South Wales. She holds Australian nationality and her ethnic background is Mixed as she is of Italian descent from her father’s side. She has English, Welsh, Scottish and Irish ancestry from her mother’s side. She acquired naturalized British citizenship on February 28, 2013. Her race is White. Her real name is Natalie Jane Imbruglia. Her Zodiac sign falls under Aquarius. She celebrated her 46th birthday as of 2021. About her parents, she was born to her father, Elliot Imbruglia, and her mother, Maxene Imbruglia. She also has three siblings namely Laura Imbruglia (Younger Sister) (Singer-Songwriter), Carla Imbruglia (Older Sister), Michelle Imbruglia (Younger Sister).

About Natalie Imbruglia’s educational qualification, she attended what is now known as St Peters Catholic College (it was previously named Mater Dei), between Sydney and Newcastle. At fifteen, she moved to Sydney with her family and studied ballet, tap, and Highland dancing, hoping to make a career of it. She left school at the age of sixteen, to pursue acting. 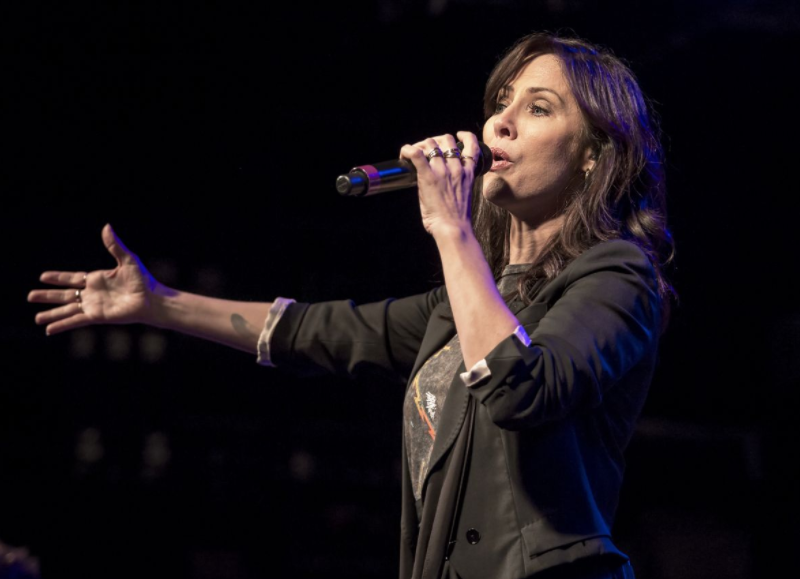 Who is Natalie Imbruglia Husband?

Natalie Imbruglia was a married woman but she is currently dating Matt Field, a photographer by profession. The duo confirmed their relationship in March 2017 when Natalie posted a pic of the two enjoying the holidays in Panarea, Sicily. She captioned the pic with a heart emoji and gave away her relationship status subtlely. Post that, they have been photographed together on several occasions. Whereas their current relationship status is unknown. On 9th October 2019, Imbruglia announced on Instagram, that she had given birth to a baby boy, and named him Max Valentine Imbruglia. The child was conceived using IVF, and sperm from an unnamed donor. Her sexual orientation is straight. 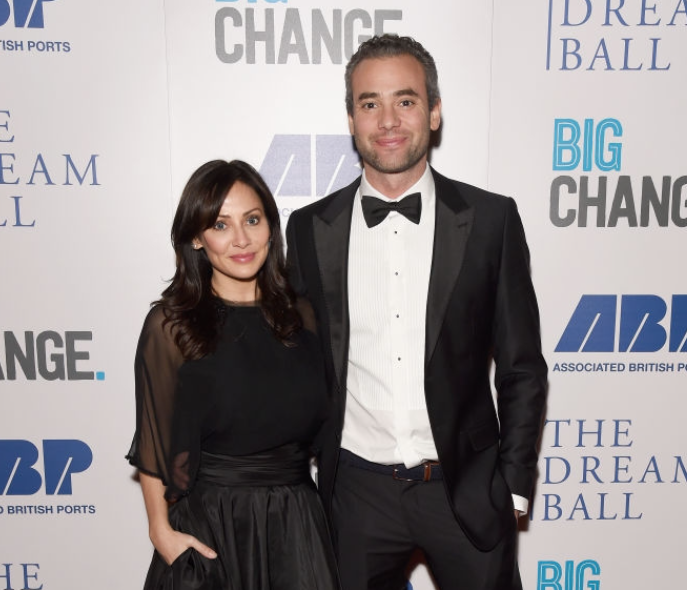 Firstly, she dated American actor, David Schwimmer in the 1990s. Then, she began her relationship with the Silverchair frontman, Daniel Johns in the year 2000. They started dating after meeting again at the ARIA awards after-party at the Gazebo Hotel in Sydney in October of the same year. After years of an on-and-off relationship, they announced their engagement shortly before Christmas 2002, and they married on New Year’s Eve 2003 in a beach ceremony in Port Douglas, Queensland, Australia. She stated in a 2002 interview that meeting Johns saved her from depression. But the couple mostly spent their married life apart, as Natalie lived in Windsor, England and Daniel lived in Newcastle, Australia. Due to the long-distance, the couple parted ways and announced their divorce on 4th January 2008 stating, “We have simply grown apart through not being able to spend enough time together”. 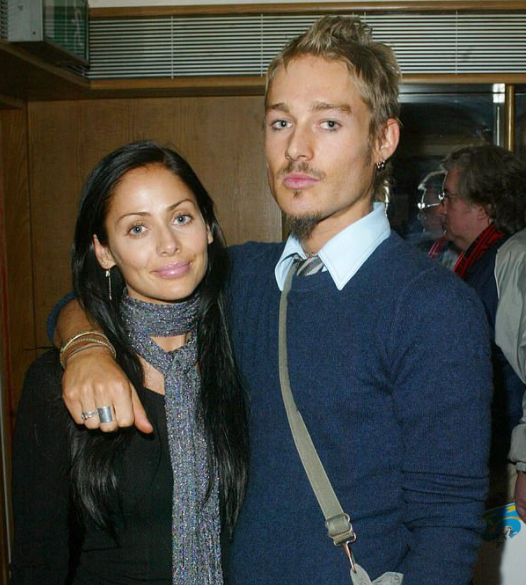 How much is Natalie Imbruglia Net Worth?

Natalie Imbruglia is a successful and talented singer, model as well as an actress whose net worth is estimated to have $14 Million as per sources. Her main source of wealth comes from the music industry whereas she is also making a cool amount of money from entertainment career and modeling career. Her annual income and salary details are unavailable at a moment as it has not been disclosed yet. However, there is no doubt in the mind of her followers that she is making a considerable amount of money in millions of dollars annually. She is living a lavish lifestyle as of today. She is satisfied with her earnings. In addition, she also did TV commercials for Coca-Cola, Twisties (Australian snack) in 1989, Bubblicious chewing gum (1991), L’Oreal Feria (2002), L’Oreal Double Extended Mascara (2003), L’Oreal Paris’ Feria Pure Prismatic Hair Colour and Hydrator (2003), L’Oreal Paris’ Cashmere Perfect (2004), L’Oreal Refinish Kit micro-dermabrasion (France 2004), European commercial for Make Poverty A History (2005) and Kailis Luxury Brand (2011-13). She has also done print ads for Gap (2002), L’Oreal Paris Colour Riche Triple Rich Creamy Lipcolour (2003-2004), L’Oreal Paris Double Extend Lash Fortifier and Extender (2003-2005), PETA for an anti-fur ad (2008), Oxfam’s Sustain Me campaign (2009), Kailis Luxury Brand (2011-2013).

Natalie Imbruglia Body Measurements: How tall is she?

Natalie Imbruglia is a very beautiful woman with a slim body build who has a perfect height of 5 ft 3 in or 160 cm. Her balanced bodyweight consists of 53 Kg or 117 Pounds. Her hair color is dark brown and her eye color is grayish-blue. She has high cheekbones. Her body measurement is 35-25-36 in or 89-63.5-91.5 cm and her dress size is 6 US or 36 EU. Her bra size is 32C and she wears a shoe size of 7 US or 37.5 EU. She also has inked a tattoo of Sanskrit/Hindi inscription “Shreya” on her neck which is a Sanskrit word for “auspicious” or “beautiful”, a Chinese tattoo on her left foot which means “courage” and Sanskrit Aum on her lower back. She has admitted to having OCD which she claims to have inherited from her mother.

She opened up confessing that she found it extremely difficult to live up to the pressures and “go beyond what was expected of her,” after the resounding success of her first international single. Due to this, serious conditions such as anxiety, depression and OCD crept in, driving the singer “insane. revealed in an interview with the Mirror that her mental health got so bad she didn’t even want to go outside. She said: “I was anxious, nervous, stressed out and scared. I didn’t want to go outside in case people recognised me.” Due to her health struggles, the star seemed to go from 1990s pop princess to someone who disappeared completely from view. “My sisters suffer from it too, so maybe it’s a genetic thing. But none of us has ever been on medication. In addition to depression and feelings of melancholy, the singer also followed in the footsteps of her mother by developing OCD. She continued to say: “I have OCD, which can be a problem because I’m not good with change. My motto is ‘No Surprises’. It’s an OCD from my mother. It is hard. In trying to control things it doesn’t work.”