The perfect blend of speed, accuracy, and aggression presents you Neymar Jr. who currently regarded as the most costly player in the football history. And all the reason behind is his move from Barcelona to PSG.  Neymar’s story from rag to riches is a story to remember for every of the football fans as this guy hailing from a suburb of Sao Paulo, Brazil went on becoming one of the modern greats of the game of football. 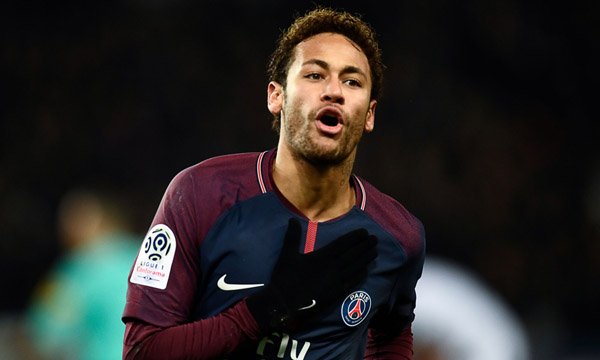 Even though his father, Neymar Sr. also played football in some capacity, but what he has become for the game is something unforgettable until the doomsday. Neymar Jr. takes his father as a hero for himself as he’s the one who saved his career and backed him. At the same time, one can’t take away anything away from his first coach Betinho and club Santos.

Opening eyes in a shanty town of Mogi das Cruzes in Sao Paulo couldn’t stop Neymar from dreaming big. And even with the low finances and facilities, pat on his shoulder by his father Neymar Santos Sr. worked out as a magical wand from him. Living in such impoverished locality had completely different life experiences for the wannabe footballer. Once recalling about all his journey, Neymar told that the place he grew up was away from the modern city alights and what it was known for was the garbage as entire the city used to throw garbage and waste in that locality.  Neymar along with his family lived in this locality until 2000 before relocating after entering into the professional football field.

Neymar’s father recalled that while growing up Neymar was very much same as all others kids as he wanted to be a superhero like Superman and Power Rangers. But what separated him from other kids of his age were his hyperactive nature and the tricks with the football, which stayed with him since the day first.  The lean and weak Neymar consumed most of his time playing Futsal while growing up. 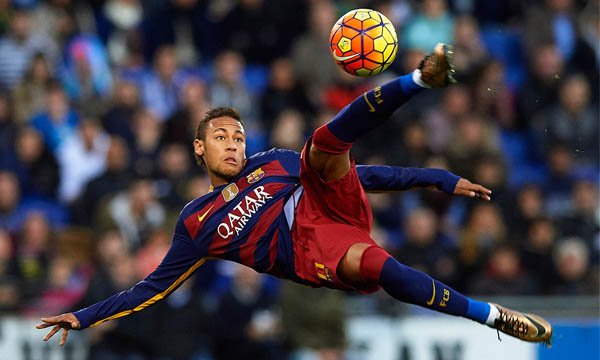 Neymar’s football career revolves all around his father, who stood up as his mentor and a friend.  The Brazilian football star was ‘hyperactive’ while growing up and like all other aspiring footballer kids; he used to spend his big time in playing and practicing with the football. After his family moved to Sao Vicente, things took a better turn as he went on to have played the game at some higher capacity other than utilizing most of his time playing futsal.

The current football sensation has been very much vocal about his family role in his mighty success, with mostly crediting his father for all that. The Brazilian striker’s father Neymar Sr. motivated him to do something extraordinary with donning multiple hats as his friend, mentor, and coach as well.  Other than his father, Neymar’s mother and sister have always been backing him. And with the gesture of giving them back, Neymar also had tattooed their faces on the upper half of his body.

Talking particularly about Neymar’s father, he used to go one extra mile for his family and especially his son to make sure the expenditures and facilities remain very much fluent for them.  It should be kept noted here that, Neymar Sr. used to do three jobs at a time to make sure his family gets all the facilities of life.

The thing which might come out as a surprise to some of the football fans out there is Neymar became the father of a baby boy at the age of 18, to whom he named Davi Lucca da Silva Santos. The thing which might add up more to the surprise is Neymar has never been officially vocal about the mother of his son. According to the reports, he wants to keep this detail under the wraps to make sure his son and girlfriend remain safe and sound.

The Mohawk hairstyle teenager was good enough to catch the eyeballs of millions of girls across the globe as he had everything to be termed the ‘hottest prospect.’ With all the style and ability, it was almost impossible for Neymar not to get caught in affairs; this all begins up with Carol Dantas and goes on so long. The split with Carol Dantas after the birth of baby boy made rounds all across. But the football star remained very much alright with all this and raised his son single-handedly.

Later on, Neymar got into affairs for at least twice, and the shutterbugs did their job well with making it to the headlines.

The Brazilian footballer has been in the news since teenage, with all thanks to his performance and style. At the same time, the thing which might be annoying for his female fans especially was his relation with Carol Dantas. The rising star and his girlfriend Carols Dantas were seen dating quite often and were also very much vocal about their relationship. The 18-years old Neymar with Carols Dantas became the parent of a baby boy, to whom they named Davi Lucca da Silva Santos. Soon after all this, the news which shook Neymar-fans was the things went ugly between the couple, and it ended up as a breakup.

Next on the relationship card for Neymar was the sizzling Brazilian model and actress Bruna Marquezine. Both of them were seen hanging around and posing with each other for the shutterbugs but some differences laid in between, and they called it off back in 2014. According to the sources, the relationship between the football star and the model remained there for at least three years before calling it over because of the personal issues. If some sources are meant to be taken seriously things went ugly between the couple as Bruna had some concerns about Neymar’s son Davi Lucca.

The thing which might work as consolation for the Neymar-Bruna fans is the couple was spotted kissing each other during the star-studded wedding in October 2017. With all this, one can see a patch up coming up anytime sooner.

After donning the new football kit, after relocating to PSG from Barcelona, it was time for some new relation for star footballer. Neymar spotted at the dinner date with the famous singer Demi Lovato, and with all this going on, people were hasty enough to conclude its ‘something, something’ going up in between them.

Who is Neymar Jr. Wife? 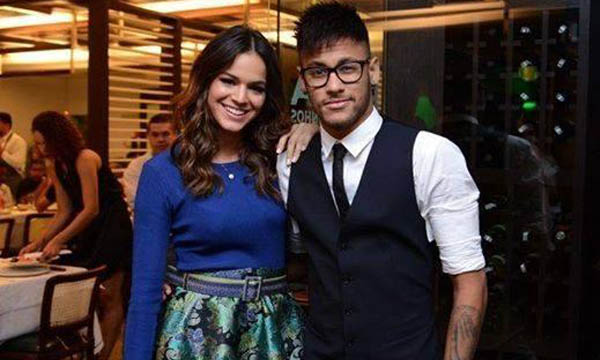 People have been joining many names with the star footballer’s name but what comes true to all this is Neymar has been in various relations but haven’t tied the knot as far now. It also said that Neymar had plans to start a new life with Brazilian actress Bruna, but she had plans to flourish her acting and modeling careers.

The PSG footballer is the proud father of 6-years old Davi Lucca da Silva. The father and son are often up with photos and videos on social media together and believe what; both look stunning together. Talking about Davi, he is following his father’s footsteps and therefore he’s attending the junior football soccer schools.

As its no more ‘MSN’ things have been fiery hot for Neymar at PSG; the thing is hostile nature taking him all over from within the team.

Do you think you are Messi?

This is something with which Neymar was welcomed from Barcelona to PSG by striker Edinson Cavani. The Uruguayan hunk took a dig at the Brazilian man, and this went out as a big news from the dressing room.

Whether it was a free kick or a penalty, the PSG strikers Cavani and Neymar were seen battling with each other to get this piece of cake for themselves. The camera caught all these incidents and following it PSG management eyed to have a truce between the aggressive strikers.

The world’s most expensive football player was ruled out off the football field in the 12th minute of the match against Marseille. The football fans were quick to react as they were of the view that it was an unfair call. 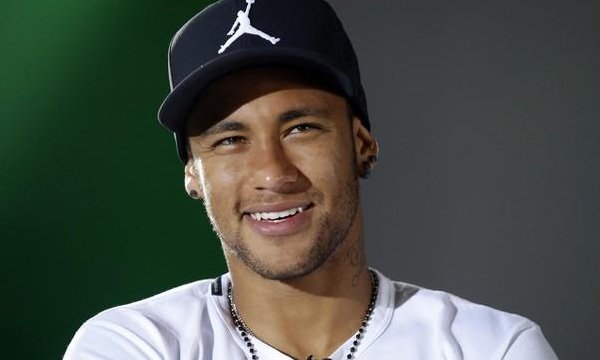 The estimated net worth of Neymar is £80million. Neymar means pure business as deals worth millions of pounds or dollars are always making rounds all across him. And now with signing up with PSG through a record deal, he has officially become the most expensive footballer, with leaving behind stars like Messi and Ronaldo. The eye-opening £196 million transfer deal was there behind Neymar’s move from Barcelona to PSG.

The Brazilian footballer stands tall in the Forbes World’s Highest Paid Athletes 2017; 18th on the list with raking $15 million in the annual salary and winnings. The thing which might leave you on the edge of your seats is Neymar is also the only footballer to earn more off than on the pitch, with all credits to mighty sponsorship deals. The aggressive striker took home $22 million from the endorsements and other such deals. One can see his contracts and deals with the prominent brands like Gilette, Nike, Red Bull, and others.

The Brazilian star footballer is living the king-size life, and he’s very much ‘ok’ with flaunting it to his fans on social media.  To be very precise, Neymar has dozens of cars in his collection and they altogether worth something around £18 million. The PSG star’s car collection includes some modern-day luxurious cars, including the likes of Porsche Panamera Turbo. Volvo XC 60, and Audi R8.

The thing which will surely turn out an eye-opener for you is apart from having luxurious cars in his collection. Neymar has a second-hand Italian yacht, which worth around $8 million. Moreover, he also owns a private jet worth £6million in his gigantic collection.

Neymar isn’t reluctant to spend big on the fancy houses and in last several years he has been on the upfront purchasing $2 million mansions and also a $750,000 triplex, both in the Northern Coast of the state of Sao Paulo. Earlier, he also made it to the headlines with giving 18-years old mother of his only child a $1 million worth penthouse.

Up the latest, after his move to PSG, Neymar has also got a luxurious five-story mansion for himself on rent. This expensive mansion once owned by former Brazilian football star Ronaldinho. Neymar has taken this modern-day well-built mansion on rent for £12,800 a month. 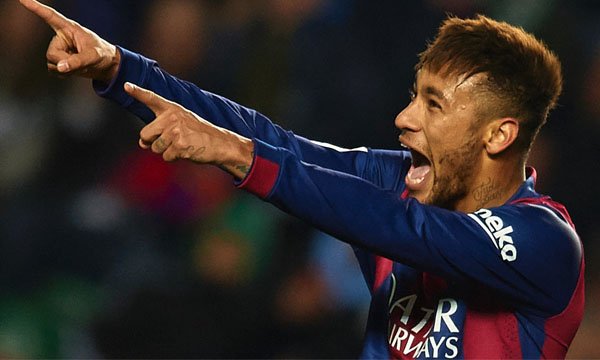 The 14-years old Neymar was all set to join Real Madrid as he was there with the management. And had shown off his skills at their youth programs. The rising star himself refused to start his career with Real Madrid and went on signing with Santos in Brazil.

In Forbes 2017 list of riches, he was the only footballer to have more off pitch earning than on the pitch. And all that became possible with mighty endorsements to his name.

Neymar has tattooed photos of his family members on his body. These tattoos include Neymar’s sister, father, mother and son’s photos.