Nikki Mudarris is a multi-facet personality who is also popularly known by the name ‘Miss Nikki Baby’. The American celebrity is a reality television star, socialite, model, fashionista, and entrepreneur. She came to prominence after appearing in the VH1 reality TV show ‘Love & Hip Hop: Hollywood’.

Furthermore, she owns a family business in Las Vegas of nightclubs and real estate. Mudarris also runs an online fashion store ‘Nude by Nikki’ as well as involved in her acting career. She has also been in the headlines for relationships with a few guys including Mally Mall and a short encounter with Rosa Acosta and Joseline Hernandez in 2016. Let us scroll over to discover more information on the multi-talented lady. 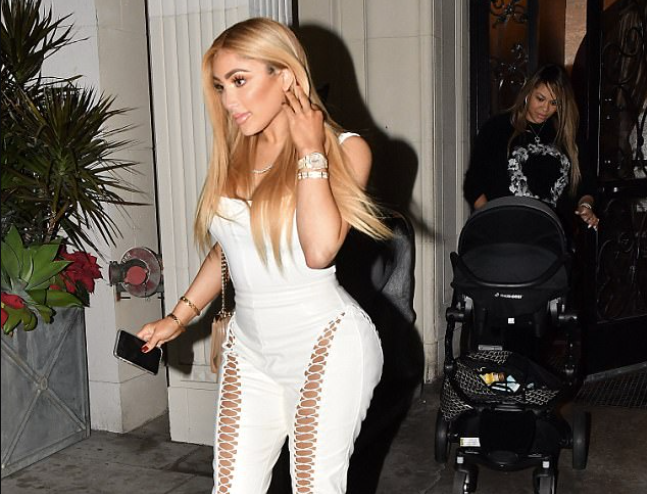 The famous celebrity was born on 28 June 1990 and raised in Los Angeles, California. She was born as the daughter of Abu Mudarris and mother Marcelle Mudarris who was engaged in the nightclubs entertainment industry for decades. She further has a mixed ethnicity of Morrocan, Italian, and Arabic descent and holds an American nationality. Nikki had an older brother Anthony Omar Mudarris succumbed to a drug overdose on 13 June 2015, in California. She has a sister named Monique whose many details are not available in the media.

During her school time, she was a bright student and had participated in the school’s stage plays and other events as well. Later she enrolled at the University of Southern California and obtained a degree in Business Communication in 2014. After graduation, she joined the supporting cast in the reality television show ‘Love & Hip Hop: Hollywood’. She then appeared as the main cast in the show’s third installment in 2016.

During this period, she came out as a bisexual and had involved with fitness expert Rosa Acosta and rapper Safaree Samuels at the same time. Besides her television career, she appeared as an Entrepreneur and lingerie designer. She then launched her online designer lingerie company ‘Nude by Nikki’. Along with lingerie, her online stores also offer products for women as well as men like boxers and briefs.

As mentioned earlier, she has always been in the media for her relationship or controversies. Previously she had dated Mally Mall aka Jamal Rashid for three years and broke up in 2015. In the same year, she became the headline for the leak of her sex tape allegedly by the Mall. Further, she filed a restraining order against him as the video was released without her consent and knowledge.

After that, she briefly dated Austin Daye in 2009 and broke after a while. In 2016, she has a short encounter with model Rosa Acosta and seen kissing each other. Following that, she again has seen being intimate with Joseline Hernandez. She had dated a guy named Safaree Samuels, a Jamaican-American rapper, songwriter, and television personality for a while. 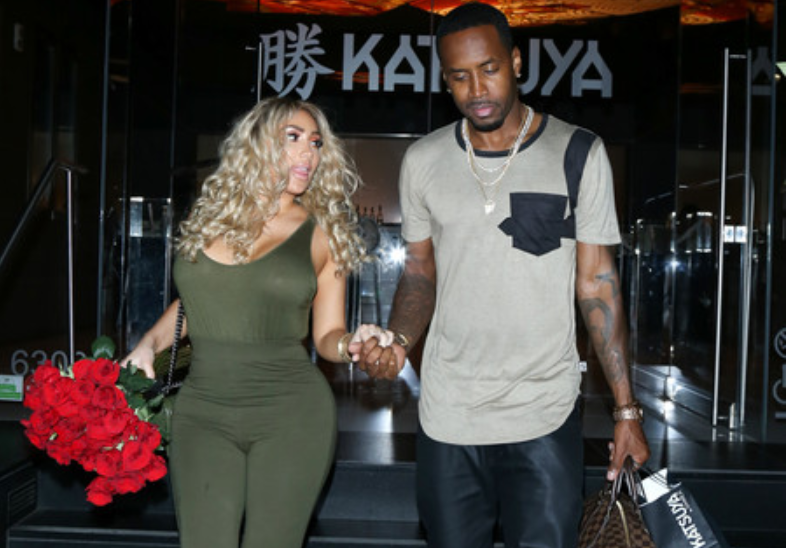 Caption: Nikki Muddaris and Safaree Samuels spotted together at Katsuya Restaurant on 7 May 2016.
Source: Zimbio

The socialite has not discussed much detail on her earning or income. But she has a multi-facet career and at the same time, she also loves to party. She has appeared on several magazines cover as well. Though she has not discussed much her income, she might be making a profitable amount to live such a lavishing life. Therefore, her net worth has an estimation of above $800 thousand from her different works. Additionally, she also runs her family business of nightclubs and real estate.

The reality television star has a slim, curvy, and hourglass body that stands to a height of 5 feet 7 inches and weighs around 75kg. She has blonde hair and brown eyes. Besides, her raunchy body has measurements of 34-26-36 inches.

She is also one of those celebrities who underwent to enhance their sexy looks and attractiveness. She revealed that she had a nose job for the surgery, surgeon combined a high degree of artistry and surgical skill to make the nose attractive. There are other speculations that she must been done cheek and fuller lips as well as breast and but agumentations to look it bigger. However, he denies later and refused and gained after her hard work in the gym and intaking healthy diets.