Born on May 12, 1997, Odeya Rush is an Israeli-American actress, model and filmmaker who is best known for her roles in Goosebumps, Dumplin, and The Giver. 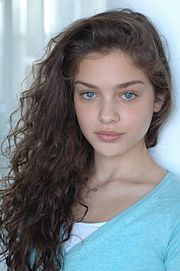 Starting her career in 2012 in the film The Odd Life of Timothy Green, she appears in the Let it Snow (2019). For more information, read the article below.

Odeya was born in Israel to Shlomo Rushinek and Maia. She was born into an Ashkenazi Jewish family and moved to United States when she was 9.

Regarding her relationships status, it remains unknown at the moment. For more information, visit her Instagram