Pam Bondi is an American lawyer and a politician. She had served as the 37th Florida Attorney General from 2011 to 2019. She is a member of The American Republican Party.  She was hired by the Trump administration with a “special government employee” status to help the White House in messaging during the president’s battle against impeachment in 2019. She is also part of Trump’s defense team for the Senate impeachment trial.

On August 25, 2020, Pam Bondi speaks on the second day of the Republican National Convention 2020 at the Mellon Auditorium.  She criticized Democratic presidential nominee Joe Biden saying “When you look at his 47-year career in politics, the people who benefited are his family members, not the American people”.  She also attacked Joe Biden’s son Hunter Biden saying, “We all know about Joe’s son, Hunter Biden. A corrupt Ukrainian oligarch put Hunter on the board of his gas company, even though he had no experience in Ukraine or in the energy sector. None. Yet he was paid millions to do nothing”.

She is also active in social media platforms with over 14.2k followers on Instagram @pambondi and over 64.8k followers on Twitter @PamBondi.

In 2013, the Attorney General, Pam Bondi was criticized for some of her election fundraising activities.

The Florida Attorney General’s office received at least 22 fraud complaints about Trump University and a spokesperson for Bondi announced that her office was considering joining a lawsuit initiated by New York’s Attorney General against Trump regarding tax fraud but after four days, ‘ a political action committee, “And Justice for All” which was established by Bondi to support her re-election campaign received a $25,000 donation from the Donald J. Trump Foundation. She then declined to join the lawsuit against Trump University. But both the Bondi PAC and Donald Trump denied these allegations.

What is Pam Bondi famous for? 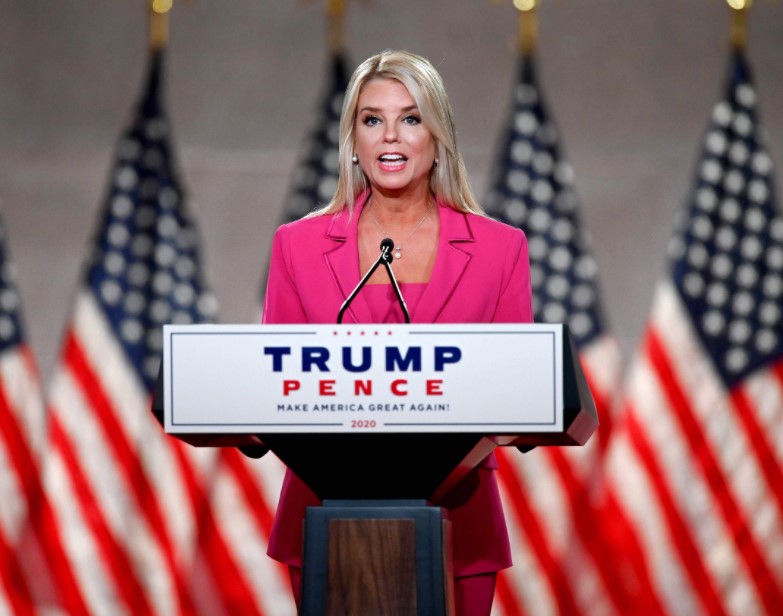 Where was Pam Bondi born?

Pam Bondi was born in Tampa, Florida, the USA on November 17, 1965. Her birth name is Pamela Jo Bondi. She was born to father,  Joseph C. Bondi Jr.who was a city councilmember and also served as mayor of their hometown from 1974 to 1978 and mother, Pasty Loretta Hammer who was an elementary school teacher. Her paternal grandfather, Joseph C. Bondi Sr. who was a teacher and her maternal grandfather, Kenneth Hammer who was a member of the carpenters union in Tampa. She has a sister, Beth Bondi McIntyre, and a brother, Bradley J. Bondi.

She holds an American nationality and belongs to a Caucasian White ethnic background. Her zodiac sign is Scorpio. She believes in Christianity.

Regarding her educational background, she attended C. Leon King High School in her hometown. After high school, she enrolled at the University of Florida and graduated with a degree in Criminal Justice in 1987. She then received a JD (Juris Doctor) from Stetson Law School in 1990. She was admitted to the Florida Bar on June 24, 1991. 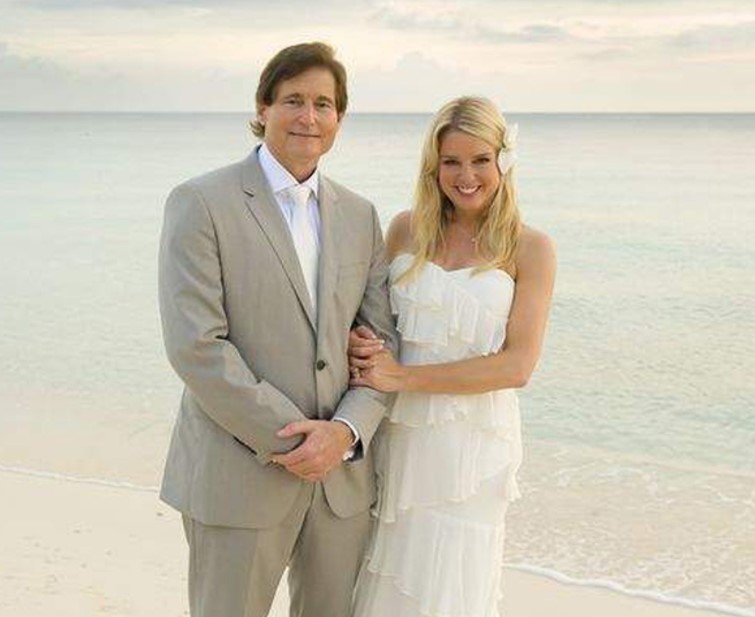 Pam Bondi had been married twice in her life and also divorced each time. Firstly, she married Garret Barnes in 1990 but the couple ended their marriage with a divorce in 1992. Around four years later, she married Scott Fitzgerald in 1997. Again, she got divorced from her husband in 2002. She has not any children.

Pam Bondi is a gorgeous lady with a fair skin tone. She has an attractive hourglass body shape. She stands at a height of 1.75m (5 feet and 8 inches) tall and her body weighs around 61 kg (134 lbs.). Her body measurements are 36-26-36 inches. She wears a bra size of 34D and a shoe size of 10 (US). Her dress size is 8 (US). Her hair color is Blonde and eye color is Blue. Her sexual orientation is Straight.

Pam Bondi has quite good earnings from her professional career as a lawyer and a politician. She had served for eight years as a Florida Attorney General. As of 2020, she has an estimated net worth of around $1.7 million.