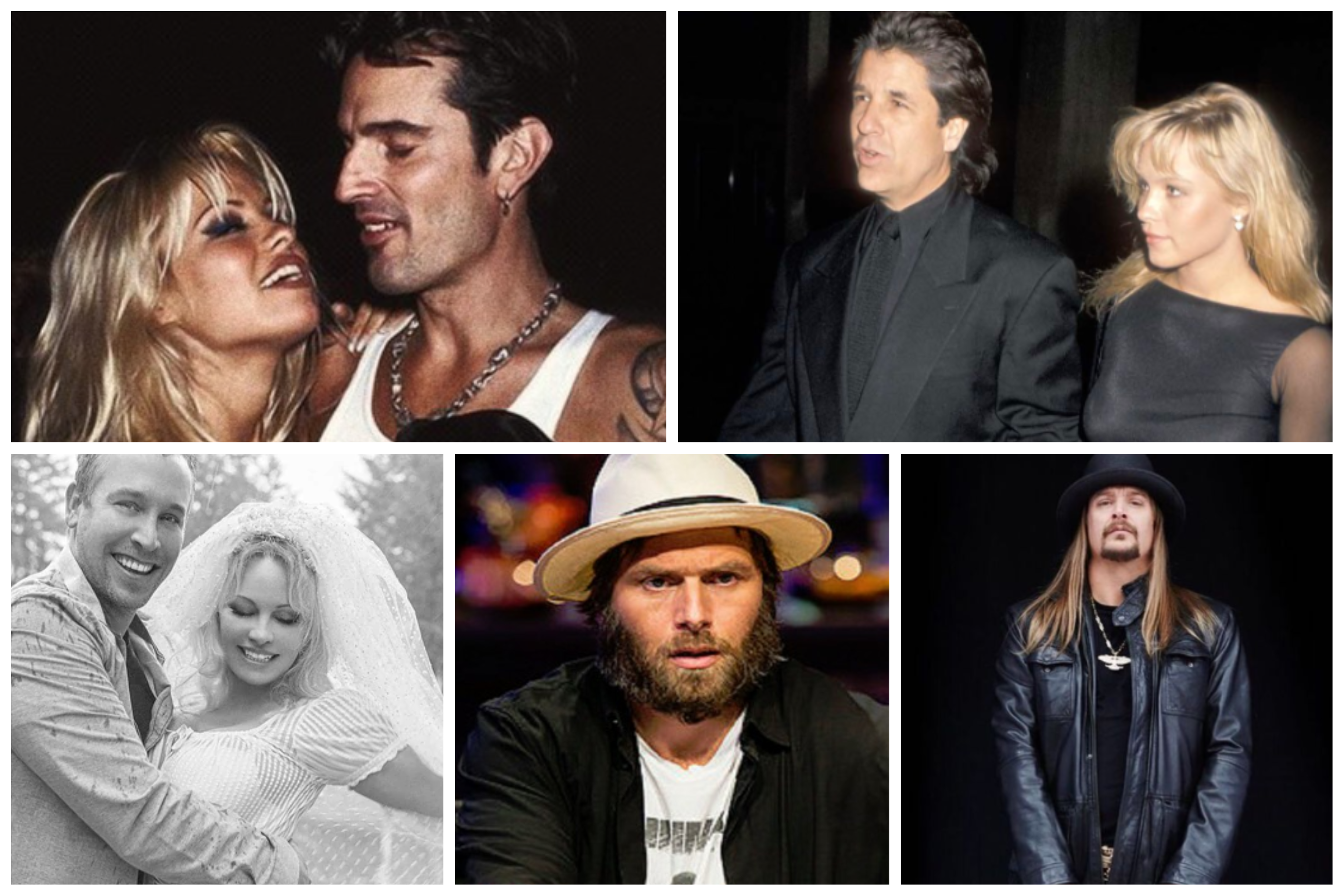 Canadian-American actress, model, and television personality, Pamela Anderson has been on the headlines not only for her appearance in “Playboy” Magazine but also for her unique and storied romantic history that is ongoing for a long time. Anderson, the blonde lady with a perfect hour-glass body physique even in her 50s has managed to be loved by millions of people, some of whom she also has dated.

The fact that makes her life story more exciting is that just within the span of 26 years, she got married five times with five different men, becoming the mother of 2 children as well. (Isn’t it too much for anyone to handle five marriages in just a span of 26 years??)

Anderson seems to be enjoying her life full of excitement as she never gives up trying on men until she’ll find her dream man(I guess!). Her marriage, however, is not so stable and long-lasting looking back to her past relationship history as some marriage has lasted less than 12 days.

Whatsoever, let’s get to know more about Pamela’s dating history and who is her husband?

How many times has Pamela Anderson been married?

Pamela Anderson, the 53 years old lady has got married five times to date. Her most recent marriage was with her security guard, Dan Hayhurst. After falling in love during the COVID-19 quarantine, the couple decided to get married…like what?? She later clarified that she was exactly where she needs be-in the arms of a man who truly loves her.

Don’t know how many times she might have said that however, this time her marriage shall last forever and ever. She has married prominent figures from Tommy Lee to Kid Rock.

Who has Pamela Anderson been married to?

Anderson has got married to five different men of different personalities. Starting from her first marriage with Tommy Lee, till her current marriage with Dan Hayhurst, let’s get to know more about them and how they met

Pamela Anderson’s first-ever marriage was with Thomas Lee Bass “Tommy Lee“. Popularly known by the name of Tommy, he is an American musician and founding member of the heavy metal band, “Mötley Crüe”. Lee and Anderson clicked just 4 days after their first meet that they even got married on February 19, 1995. Their wedding took place on a beach whilst Anderson wearing a bikini without letting Anderson’s mother know about them.

Following their marriage, Anderson was also called by the name of “Pamela Anderson Lee”, also their sex tape sensationally leaked online. A year later of their marriage on June 5, 1996, they welcomed their first son named Brandon Thomas followed by the second one named Dylan Jagger on December 29, 1997.

Their marriage happened in hurry because of which Lee was even arrested and sentenced to 6 months for abusing and assaulting Anderson. Just after 3 years of their marriage, the couple split up. However later in 2008, they reconciled and even lived together, but their reunion was short-lived.

Anderson’s second marriage was with Kid Rock (full name: Robert J. Ritchie), a singer and musician. They started dating in 2001, eventually getting engaged in 2002. However, they broke up just a year later in 2003. It was all so messed up until Anderson announced the getting engaged again in 2006. They got married the same year during which Anderson even suffered a miscarriage, just 17 days later the incident, the two divorced, citing “irreconcilable differences.” 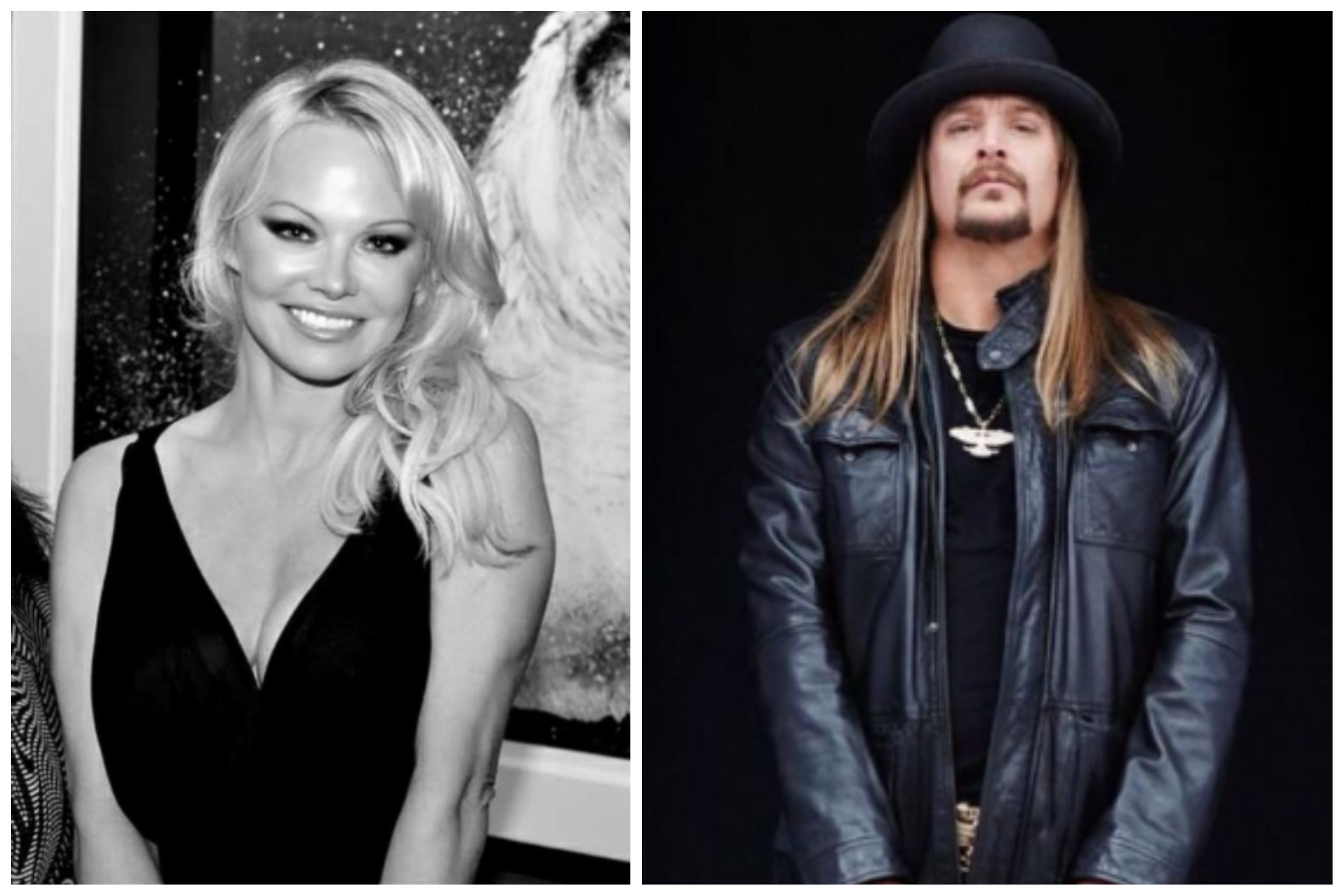 Rick Salomon was her third husband, who is an American poker player, best known for the 2004 sex tape that she made Paris Hilton. She announced their engagement while on “The Ellen DeGeneres” show in 2007. They even applied for a marriage license in Las Vegas, eventually got married to Salomon on October 6, 2007, in a small wedding ceremony at The Mirage.

Their marriage barely lasted for 10 weeks when they got separated on December 13, 2008. In February 2008, the marriage was officially annulled based on fraud. 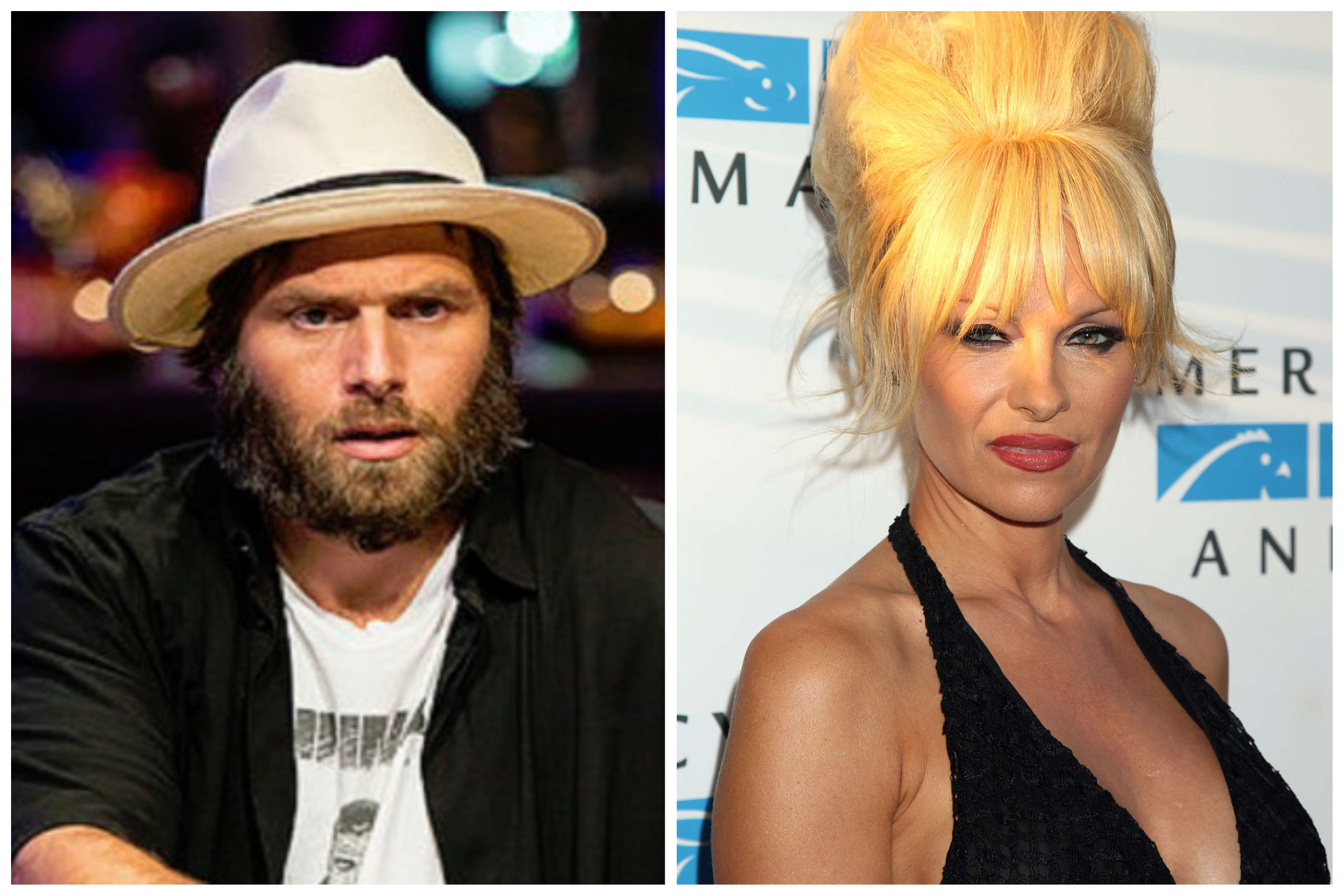 However, again in 2013, while she was on “The Ellen DeGeneres Show”, she states that she and Salomon were friends with benefits. Within few months of the incident, she announced getting remarried Salomon on a certain date. Funny thing is that their remarriage was also a failure as just a year later, they got divorced for a second time.

Anderson’s first-ever love or the oldest love was with Jon Peters, a film producer. They first dated over 30 years ago when they both were young and active. Peters even has expressed his love for her saying that Anderso inspires him and makes him wild in a good way. The couple wed in an intimate ceremony in January 2020 hoping for a better life. But take a break, they divorced just twelve days after they married on February 1, 2020. 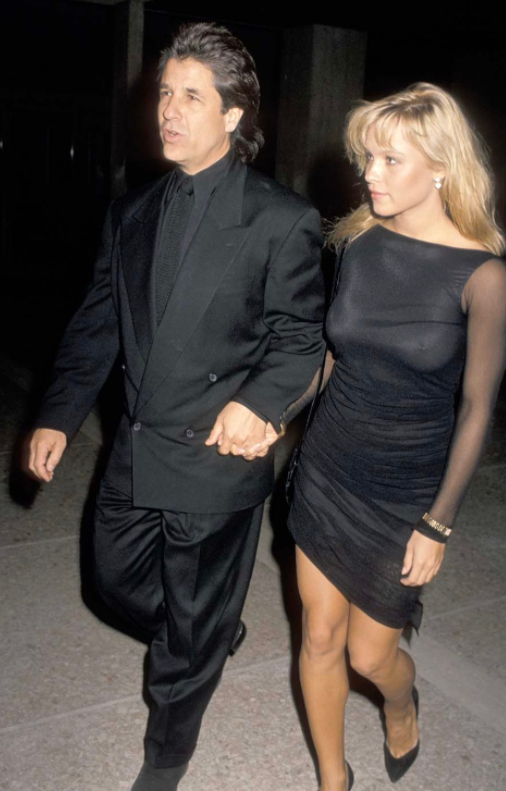 Later, Anderson herself denied their union with her words: “Pamela Anderson was never legally married to Jon Peters (life long family friend) no hard feelings – no Marriage, no Divorce… just a bizarre theatrical lunch – Pamela has a good sense of humor about it.” 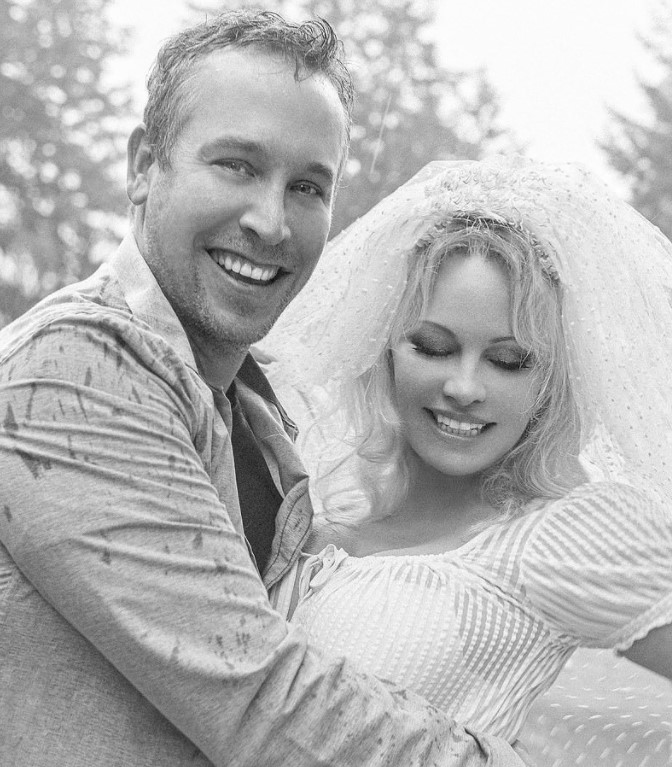 After Anderson’s 12-day marriage to Jon Peters, she soon began dating her very own security guard, Dan Hayhurst. Dan and Pamela reportedly began dating in the early days of the COVID-19 pandemic where everyone had to quarantine a few days later her divorced Peters. Anderson was happy with Hayhurst also the fact that he helped her fix up her home on Vancouver Island throughout the pandemic. On the day of Christmas eve of 2020, the couple got married in an intimate ceremony.

Pamela’s marriage with Dan marked her fifth ever marriage. She even explained happily, “I’m exactly where I need to be — in the arms of a man who truly loves me”.

No matter how many times, she has been married or has loved men but the only thing that matters is the fact that she is currently happy with her fifth husband, Dan Hayhurst. Hope she has finally found her man that she was searching for for years.