Siegfried Fischbacher is a German magician and entertainer. He is widely recognized for pairing with his showbiz partner, Roy Horn. They gained popularity with their appearances with white lions and white tigers. He is also a producer and actor, best known for Ocean’s Eleven (2001), Vegas Vacation (1997) and Siegfried and Roy.

What is Siegfried Fischbacher Famous for? 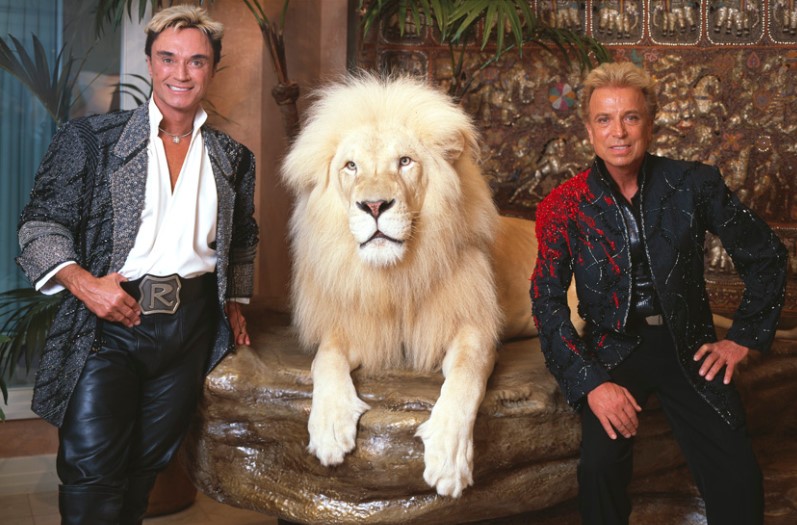 Where was Siegfried Fischbacher Born?

Siegfried Fischbacher is the son of Martin Fischbacher(father) and Maria(mother). His mother was a housewife while his father was a professional painter. Martin was also imprisoned by the Soviets during World War II. Siegfried began to develop an interest in magic tricks since his childhood purchasing magic books and practicing them at a young age.

When Siegfried was 17, he moved to Italy in 1956 and began working at a hotel. He then performed magic on the ship the TS Bremen under the stage name Delmare.

Siegfried Fischbacher started his career as a magician on the ship, the TS Bremen where he met his former partner, Roy while performing one of the magics. Siegfried eventually asked Roy to join him and was later fired from the TS Bremen for bringing a live cheetah onto the ship. From then onwards, they began to perform as a duo, “Siegfried and Roy”.

The performance of duo, “Siegfried and Roy” was seen by the owner of the Astoria Theatre in Bremen acting aboard a Caribbean cruise ship and recruited the duo to perform at her nightclub. The performance changed their life as then after they began to get recognized and began performing with tigers.

Their performance was later appreciated by Tony Azzie in Paris and they were asked to come to Las Vegas in 1967.

In 1981, the duo got their own show, “Beyond Belief” show with Siegfried & Roy which they performed at the New Frontier Hotel and Casino. The show was produced by Ken Feld of “Irvin & Kenneth Feld Productions”.

In May 1987, the resort developer of Stardust Hotel and Casino, Steve Wynn signed Horn and Fischbacher to a $57.5 million five-year contract.

Siegfried and Roy also got their names added to Hollywood Walk of Fame in 1999. Following that on October 3, 2003, during a show at the Mirage, a 7 years old white tiger named Mantecore attacked Roy. The attack severed Roy’s spine, inflicted critical blood loss, and caused severe injuries to other parts of his body.

Based on their work, in 2004, the short-lived television series, “Father of the Pride” was released.

On March 1, 2009, the duo decided to step back on stage for one final show with Mantecore as a benefit for the Lou Ruvo Brain Institute in Las Vegas which raised around $14 million. They retired from show business on April 23, 2010. On March 19, 2014, Mantecore died after a brief illness at age of 17.

The duo will be appearing in a biopic with German filmmakers Nico Hofmann and Bully Herbig in 2021.

Besides, on the ongoing pandemic of COVID-19, the duo shared the message of love and spread positivity among the people all around the world.

Who is Siegfried Fischbacher Married to?

Siegfried Fischbacher is a married man. But there is no information regarding his wife, children.

There were also rumors about Siegfried and Roy being romantically involved, and that was put to rest when they came out in 2007 as openly gay. In 2011, the two came under some heat as they were charged with a sexual harassment case.

What is the Net Worth of Siegfried Fischbacher?

The 80 years old Siegfried Fischbacher has quite a great earnings from his professional career as a magician and entertainer. Working in this field for more than 4 decades, he has managed to amass a great fortune worth million dollars from his several magic shows.

He and Roy together have a joined net worth of around $120 million, which probably turns him to be a millionaire.

How Tall is Siegfried Fischbacher?

Siegfried Fischbacher is a good-looking man in his 80s. He has an average body physique with light brown hair and dark brown eyes. He has a very charming and glowing face.