Stephen Robert Irwin, popularly known as Steve Irwin was an Australian zookeeper, television personality, wildlife expert, environmentalist, and conservationist. He achieved worldwide popularity from the television documentary series, The Crocodile Hunter that ran between 1996 and 2007. He was thus nicknamed “The Crocodile Hunter“. He operated Australian Zoo in Queensland, founded by his parents.

What is Steve Irwin Famous For? 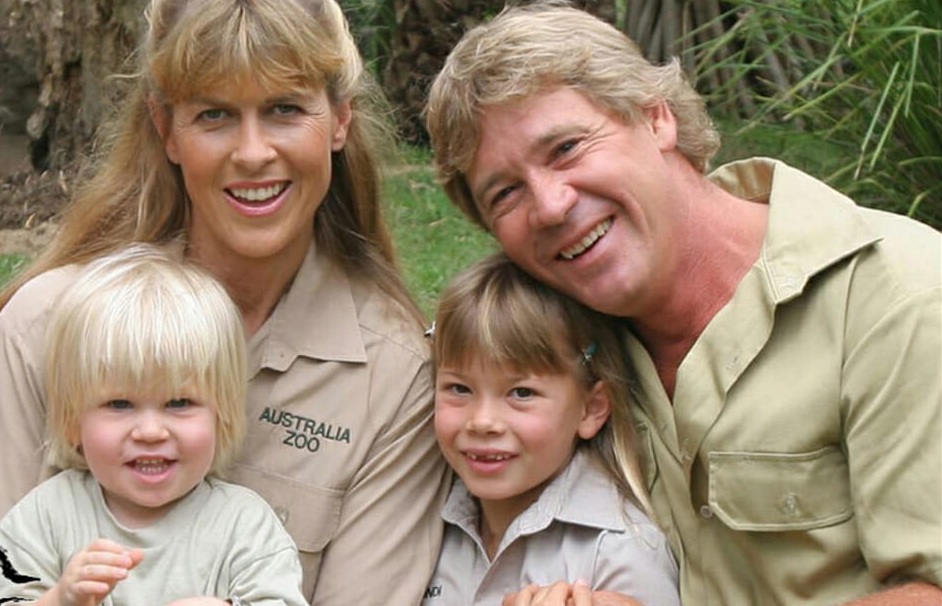 Where was Steve Irwin Born?

Steve Irwin was born on 22 February 1962. His birth name is Stephen Robert Irwin. His birth place was in Essendon, Victoria in Australia. He held an Australian nationality. He was born to a father, Bob Irwin, and a mother, Lyn Irwin. He was of Irish descent on his father’s side. His zodiac sign is Pisces. His family moved to Queensland in 1970.

His parents started the small Queensland Reptile and Fauna Park in Queensland. Irwin grew up around reptiles including crocodiles. He used to take part in feeding animals and their care and maintenance activities as well. He began handling crocodiles at the age of 9.

He worked as a volunteer for Queensland’s East Coast Crocodile Management program.

He took over the management of the park in 1991.

He renamed the park as Australia Zoo in 1998.

Under Irwin’s management, he improved his zoo including Animal Planet Crocoseum, the rainforest aviary, and Tiger Temple.

He had plans to open an Australian zoo all around the world.

The series debuted on Australian Tv in 1996.

The series debuted in North America in 1997.

The series gained success in over 130 countries worldwide. 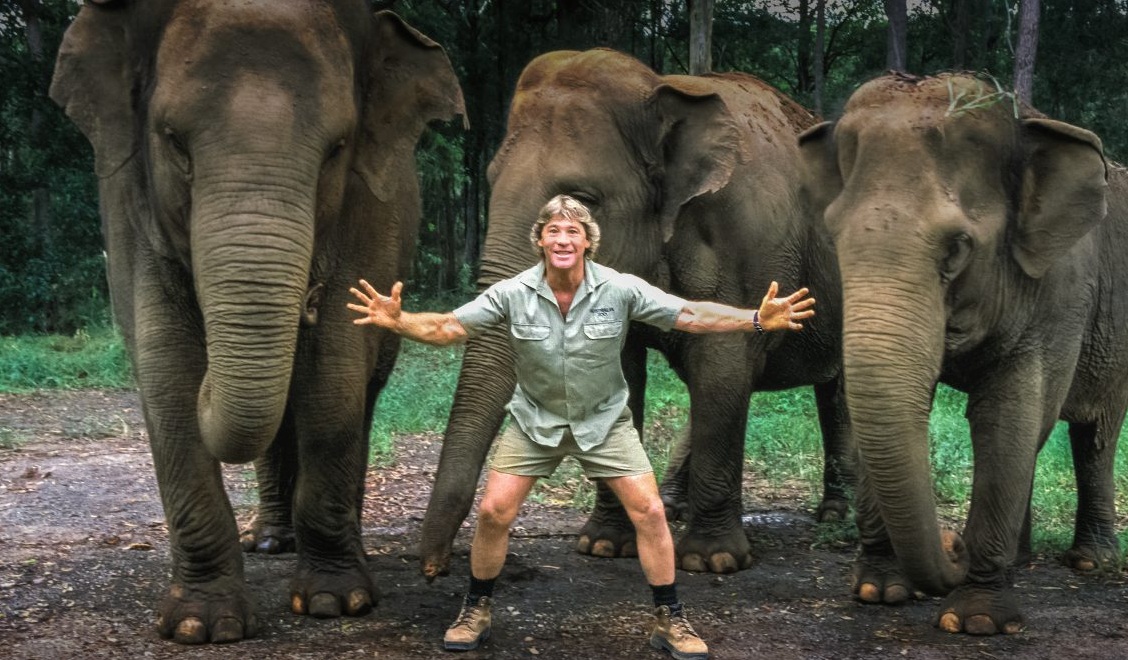 Having already left this world, his archived footage was featured on tv series Ocean’s Deadliest, Crikey! What an Adventure: An Intimate Look at the Life of Steve Irwin, My Daddy, the Crocodile Hunter, secrets of the Crocodile, Bindi, the Jungle Girl, and Crikey! It’s the Irwins.

He made a cameo appearance in the 2001 American comedy film, Dr. Dolittle 2.

He also appeared in 2002 films, Wiggly Safari, and The Crocodile Hunter: Collision Course.

The passenger train, The Ghan, running from Adelaide to Alice Springs in the central Australian outback, named Irwin as their ambassador in 2004.

He was a keen promoter for Australian tourism.

He voiced an elephant seal named Trev in the 2006 computer-animated film, Happy Feet. By the time, the film released, he had passed away. The film was dedicated to him. 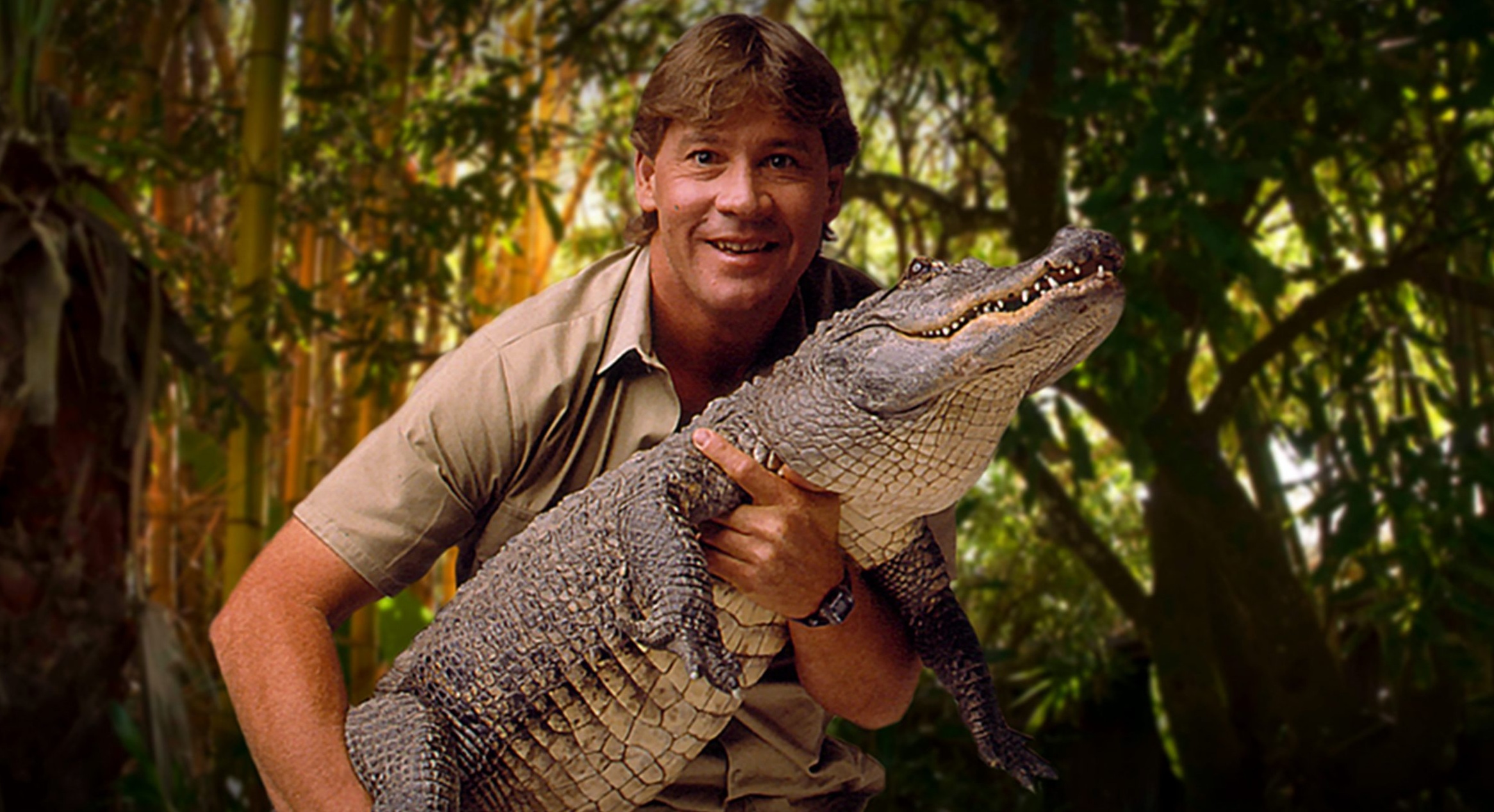 What Honors Has Steve Irwin Received?

Inducted into the Queensland Business Leaders Hall of Fame in 2009.

Awarded the Queensland Greats Awards in 2015.

Honored with a star on the Hollywood Walk of Fame in 2017.

2002 Centenary Medal by the Australian government.

Nominated for 2004 Australian of the Year.

2004 Queensland Australian of the Year.

The Adjunct professorship of the University of Queensland’s School of Integrative Biology in November 2007.

The government of Kerala, India named the Crocodile Rehabilitation and Research Centre at Neyyar Wildlife Sanctuary in his honor in 2007.

Google commemorated Irwin with a Google Doodle on 22 February 2019, the 57th anniversary of Irwin’s birth.

Glass House Mountains Road, the road that runs by the Australia Zoo was officially renamed Steve Irwin Way in January 2007.

An asteroid discovered in 2001 has been named 57567 Crikey in his honor and his signature phrase. 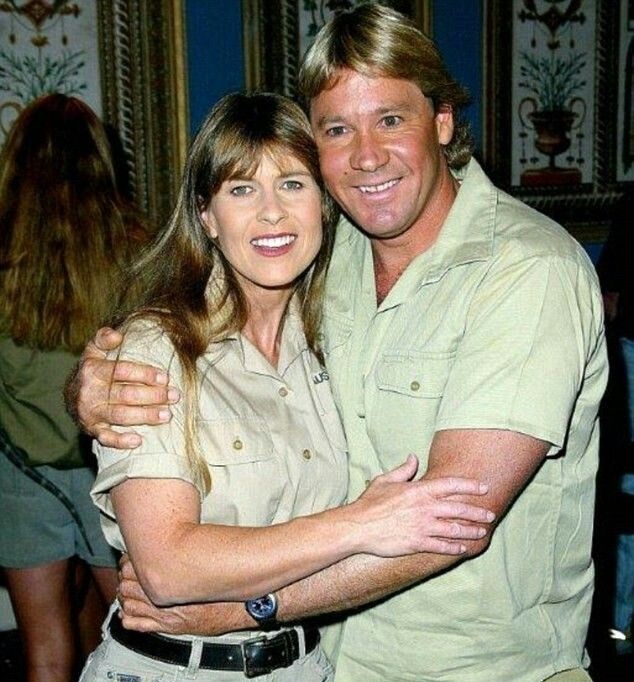 Who was Steve Irwin Married to?

Steve Irwin was a married man. He was married to Terri Raines, an American naturalist. They first met in the Australia Zoo in 1991. They started and eventually got engaged. The couple tied a knot to each other on 4 June 1992. The couple spent their honeymoon trapping crocodiles. The couple had 2 children together, Bindi Sue Irwin, and Robert Clarence.

The couple remained married until Irwin’s death in September 2006.

How did Steve Irwin Die?

Steve Irwin died on 4 September 2006 after being pierced in the chest by a stingray barb. The stinger penetrated his thoracic wall. It caused massive trauma to Irwin. He was filming the documentary series, Ocean’s Deadliest at Batt Reef, near Port Douglas, Queensland at the time of his death. His crew members administered CPR and rushed him to the nearby hospital. He was pronounced dead there. The video footage of the incident that caused Irwin’s death was later destroyed at the behest of Irwin’s family.

A private funeral service was held in Caloundra on 9 September 2006. He was later buried in a private ceremony at Australia Zoo. The public memorial service was broadcasted live throughout Australia, the US, the UK, Germany, and Asia.

What was Steve Irwin Net Worth?

Steve Irwin earned from his zoo ventures, which he co-owned. He also earned appearing in numerous television series including his own crocodiles-related documentary series. He has also appeared in several commercials and media campaigns. His net worth was estimated at $10 million.