Taylor Lautner is an American actor, voice actor, and model who is best known for his role of Jacob Black in The Twilight Saga film series’ five films. The film series is based on the novels of the same name written by Stephanie Meyer. The film series also features actor, Robert Pattinson, and actress, Kristen Stewart. Taylor made his acting debut with the role of Young Kismet in the action/ science-fiction film “Shadow Fury” in 2001. He also starred in the British sitcom “Cuckoo” from 2014-2018. He has acted in various films and series including “Grown Ups 2”, “Tracers”, “Run The Tide”, “Scream Queens”, and “My Own Worst Enemy”.

He won his first award: Scream Awards for Male Breakout Performance for his role in the American romantic fantasy film “Twilight” in 2009. He has won sixteen choice awards throughout his career. He also got ranked on the second position on Glamour’s “The 50 Sexiest Men of 2010” list, and fourth on People’s “Most Amazing Bodies” list in 2010.

What is Taylor Lautner famous for? 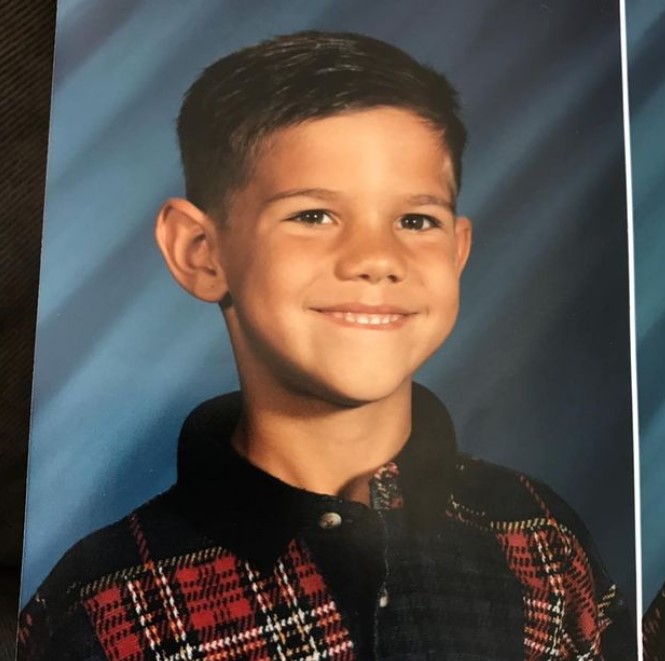 Where is Taylor Lautner from?

Taylor Lautner was born on February 11, 1992, in Grand Rapids, Michigan, United States. His birth name is Taylor Daniel Lautner. He holds an American nationality. His ethnicity is mixed while Aquarius is his zodiac sign. He is of Austrian, Dutch, English, German, French, Irish and Swiss descent.

Taylor was born as the eldest son of Deborah Lautner(mother) and Daniel Lautner(father). His mother works for a software development company while his father was a Midwest Airlines pilot. He has a younger sister named Makena.

He was raised as a Catholic in his hometown, Michigan along with his sister. When he was six years old, he took his first karate class. After a year, he joined the national karate tournament in Louisville, Kentucky where he met the founder of Xtreme Martial Arts, Michael Chaturantabut. 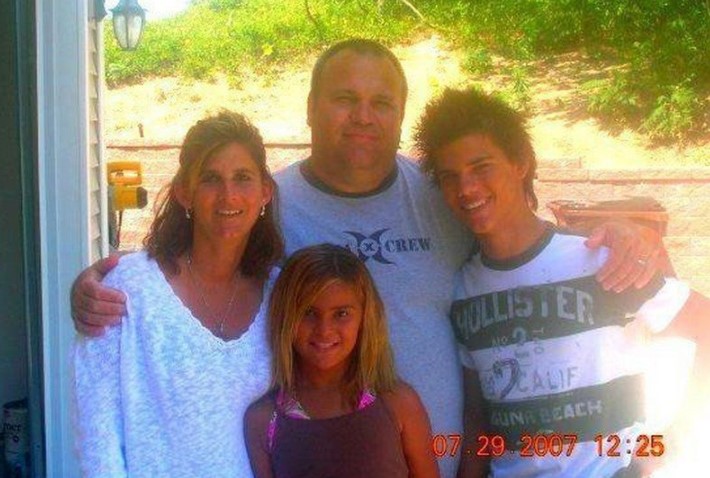 By the age of 8, he earned his black belt after training with Chaturantabut who invited Taylor to attend a camp held at the University of California, Los Angeles. He won various junior world championships.

Since his childhood, he was interested in acting. So, he joined the school’s theatre team. However, he used to get bullied in school as he performed in school dramas. While in school, he participated in karate, baseball, and hip-hop dance. He also won the award for “Best Smile”. Taylor also played for his school’s Turkey Bowl American Football game.

Later, he attended Valencia High School School and got graduated. His karate teacher, Chaturantabut encouraged him to pursue his career in acting. He flew to Los Angeles for auditions when his talent agency called and returned to Grand Rapids.

He managed karate, acting, learning hip-hop dance, and playing at school’s football and baseball team while enrolling at the school. Later in 2002, his family moved to Santa Clarita, California for him to pursue his career as an actor. After moving to California, he began appearing in small television roles, ads, and commercials. 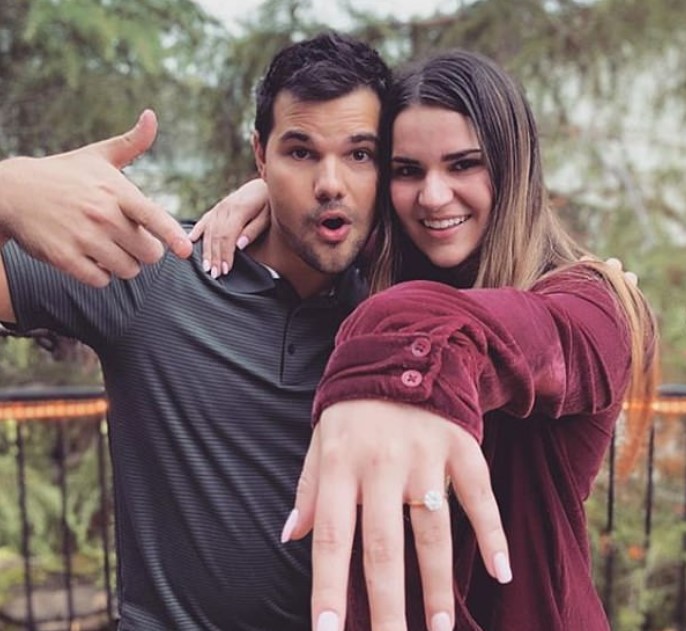 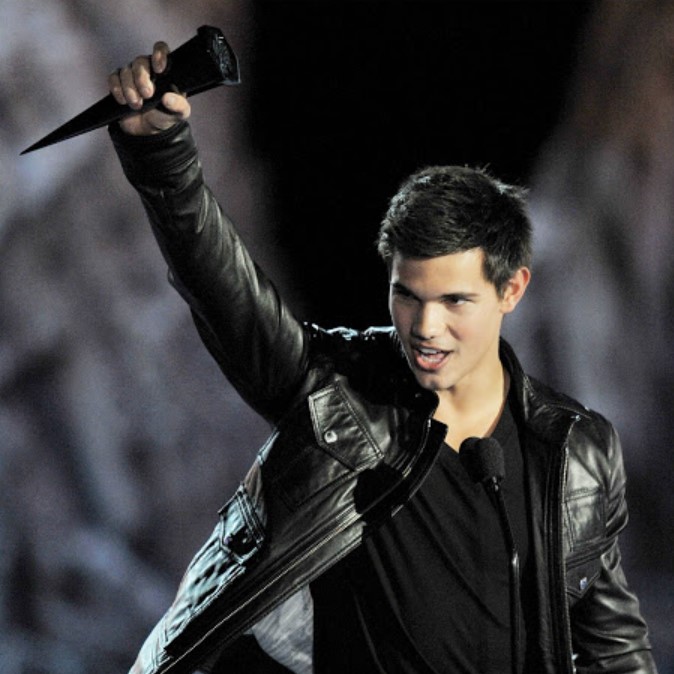 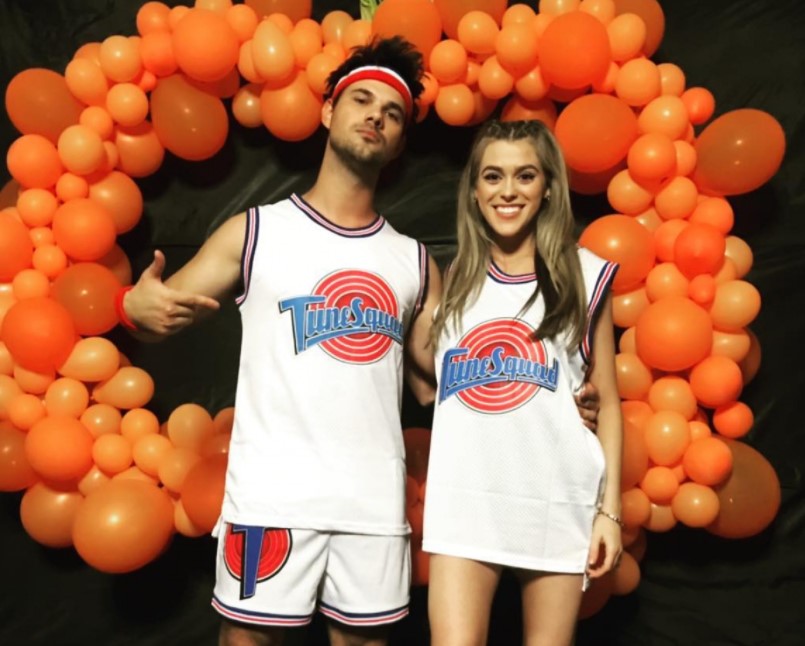 Taylor Lautner is not married. However, Taylor is currently dating his girlfriend, Taylor Dome. Dome is a nurse from California. The couple has been publicly dating each other since 2018. At present, he lives a happy life with his parents and sister in Valencia, California. He doesn’t take drugs and is alcohol-free. He still practices and trains in martial arts regularly. Previously, he dated American singer-songwriter and actress, Taylor Swift with whom he met while filming Valentine’s Day in October 2009. The couple broke up later that year. Then, he dated a British-American actress and model from November 2010 to September 2011. He also was in a romantic relationship with Canadian-Greek actress, Marie Avgeropoulos from 2013-2015. He also dated actress and Scream Queens co-star Billie Lourd from September 2016 to July 2017.

Everything To Know About Taylor Swift 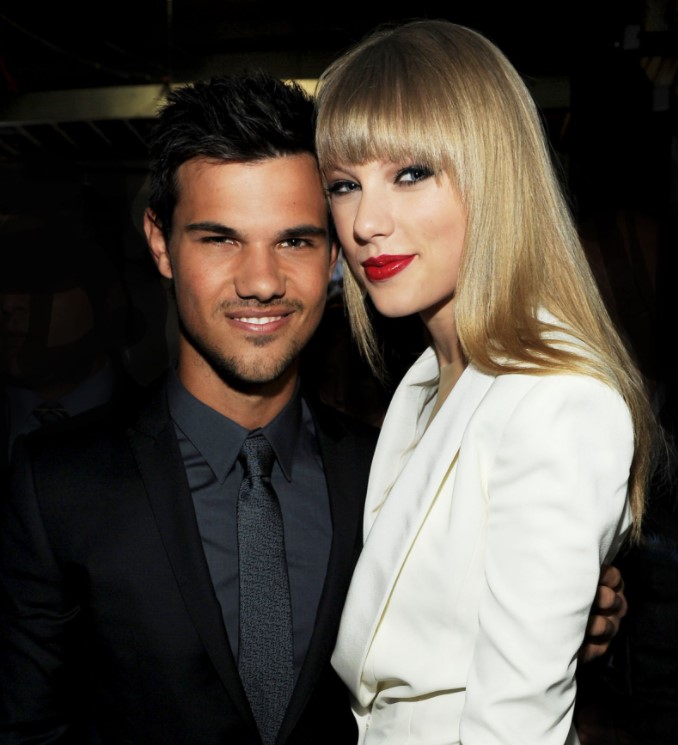 Taylor Lautner has quite good earnings from his profession as an actor, model, and voice artist. Having his career started in 2001, Taylor has managed to come a long way up becoming one of the prominent actors in Hollywood. With his earnings from his several films and series, Taylor has managed to amass a healthy fortune estimated to be around $40 million as of 2020. In 2010, he was named the highest-paid teenage actor in Hollywood. He also owns BMW 5 series, with dark-tinted windows intended to provide anonymity. At present, he is living a lavish and luxurious lifestyle with his earning.

Taylor Lautner is a handsome man with an awesome athletic body physique in his late 20s. He stands tall with a height of 5ft 8inches. (1.74m) while his body weighs around 74kg(163 pounds). He has a fair complexion with black hair and a pair of brown eyes. His chest size is 35 inches and his biceps size is 14 inches. In 2010, he became a teen idol and sex symbol, after extensively changing his physique to keep the role of Jacob Black in further Twilight installments, and generating media attention for his looks. He also got ranked on the second position on Glamour’s “The 50 Sexiest Men of 2010” list, and fourth on People’s “Most Amazing Bodies” list in 2010. He also was named number one on Access Hollywood’s “Top 5 Hollywood Abs” list.