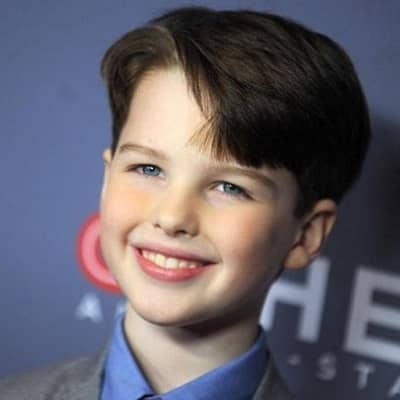 A real actor is talented at any age. This is why even children can handle dramatic roles. Here are the youngest movie stars in 2021. Check this list.

Why do people like to watch movies? In part, cinema is ready to offer them entertainment that is not available in everyday life. In addition, writers and directors create amazing worlds that are extraordinarily interesting. But the cherry on top is acting talent. One person can express an incredible range of emotions in just a minute. Plus, actors don’t have to be adults to wow audiences. Here are the youngest movie stars in 2021 you should know about.

Iain Armitage became popular thanks to the sitcom Young Sheldon in 2017. Since then, many interesting roles have appeared in his portfolio. In 2021, the animated film PAW Patrol: The Movie was released, and Iain gave his voice to the characters. It is worth noting that the audience highly appreciated the young actor’s talent, which allowed him to win the Kids’ Choice Awards in 2021. One of the distinguishing features of Iain Armitage is his spontaneity and ability to feel his characters. Many adult stars should learn how to get inspiration to convey emotions the way Armitage can do it.

This young girl’s career began in 2013 with small roles in television shows. But the real fame came to her thanks to the “Birds of Prey” movie. This superhero film based on DC Comics has earned her incredible popularity. The actress is currently negotiating with Warner Bros. Pictures and other companies, so fans will be able to see her talents again soon.

Julia Butters is an extremely talented actress best known for her roles in American Housewife and Once Upon a Time in Hollywood. However, her career began when she was two when young Julia starred in a television commercial. Rumor has it that Quentin Tarantino decided to give her the role as soon as he saw her in one series. As of 2021, the actress is currently negotiating with Steven Spielberg and will participate in his new projects.

Darby Camp is a young actress best known for HBO’s Big Little Lies hit drama. She is also known for films such as The Christmas Chronicles 2 and Clifford the Big Red Dog. One of the key features of the actress is her talent for showing emotions. Darby Camp has established herself as a dramatic actress since she turned 10. She is currently in the Gaslit political thriller television series, so fans will soon see Darby in a new role.

Abby Ryder Fortson’s career began in 2013 with small roles in television series. Many viewers fell in love with her because of her role as Ella Novak in Transparent. However, the popularity came to her thanks to Ant-Man and the Wasp. This superhero movie made the little actress a star. At the moment, the girl is taking part in the film “Are You There God? It’s Me, Margaret,” so fans will soon see her great acting in movie theaters again.

Ariana Greenblatt is best known for starring in Avengers: Infinity War. However, not so long ago, she showed her acting skills in The One and Only Ivan. It is worth noting that Ariana starred with Angelina Jolie, who was delighted with the young girl’s talents. At the moment, the actress is starring in two unannounced projects and television commercials. According to Ariana Greenblatt, her success in acting was something amazing since the girl could not even imagine that she would meet her idols like Josh Brolin.

As you can see, young age is not a problem for actors as long as they have real talent. Even a ten-year-old can handle a dramatic role if directors and screenwriters create an interesting character. That is why all of the above actors and actresses are worth your attention. Their talent can be seen at first sight. That is why their names will be very popular shortly when directors offer them more interesting roles. But the most surprising aspect is that these actors have no Hollywood connections or famous parents. Their success is 100% the result of their hard work and natural talents. That is why their success is respected.