Thomas Robert Daley, popularly known as Tom Daley is a British diver, television personality, and YouTuber. Daley competes in the 10m platforms in synchronized and team events. He is a double world champion and an Olympic gold medalist. He started his diving career at a very young age. As a junior, he has won medals in several championships. He has also set several records of becoming the youngest medalist in senior events. Among several gold medals, he won his first Olympic gold medal in the men’s synchronized 10 m platform at the 2020 Summer Olympics in Tokyo. For his achievements, he has been honored with several awards and accolades including three BBC Young Sports Personality of the Year. Besides his professional career, he is also a YouTuber and LGBT rights activist.

What is Tom Daley Famous For? 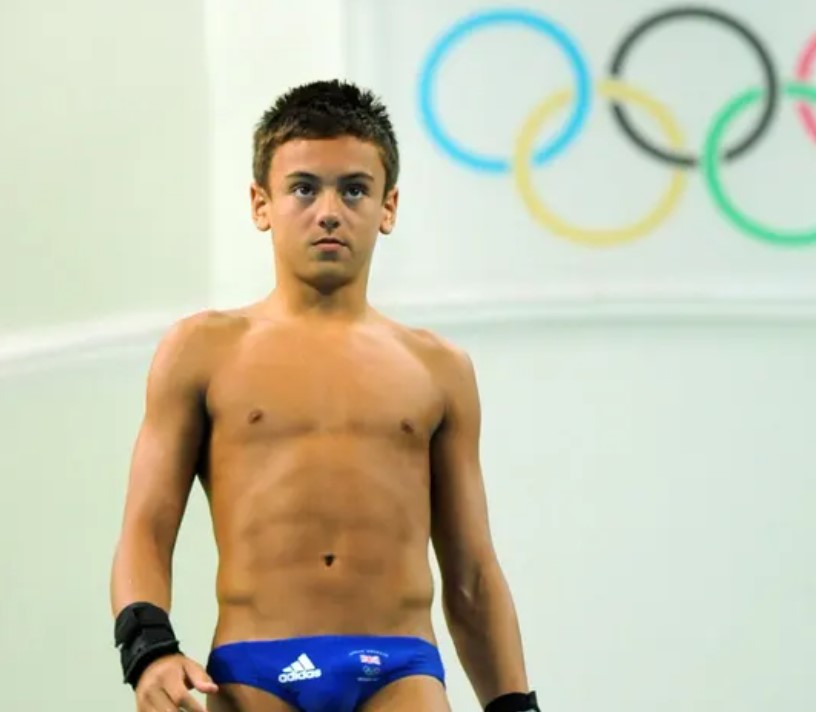 Where is Tom Daley From?

Tom Daley was born on 21 May 1994. His birth name is Thomas Robert Daley. His birth place is in Plymouth, England in the United Kingdom. He holds British nationality. He was born to his father Robert Daley and his mother Debbie Selvester. He has two brothers, William and Ben. He belongs to mixed ethnicity and his religion is Christianity. His zodiac sign is Taurus.

Regarding his educational background, he attended Eggbuckland Community College and later Plymouth College. He obtained eight A* grades and one A in his GCSEs. He finished his A-level studies in mathematics, Spanish, and photography in 2012. 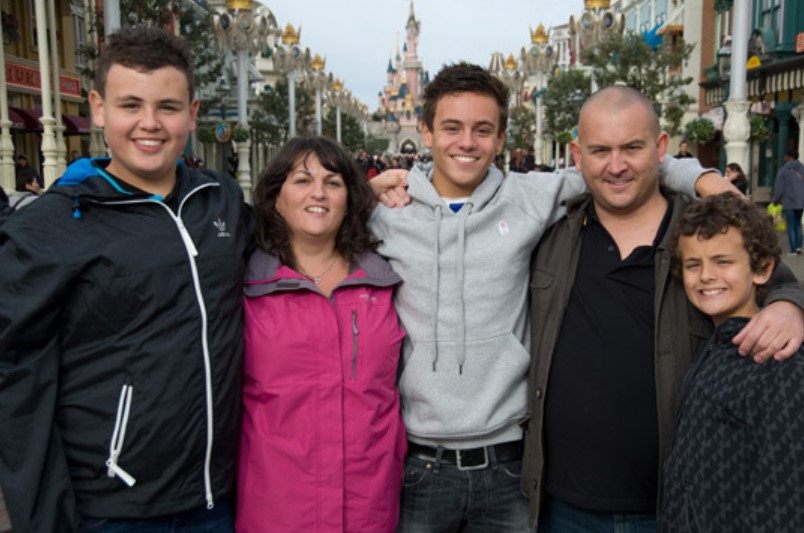 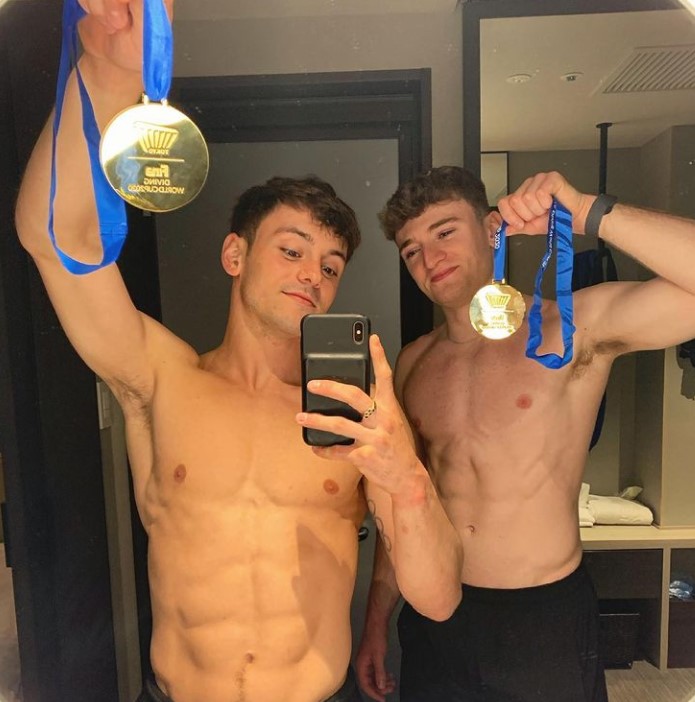 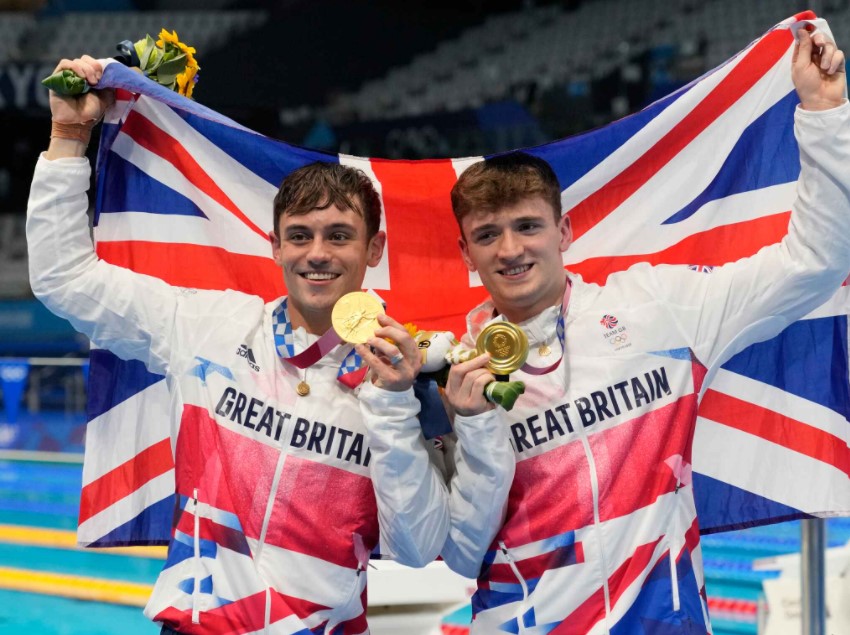 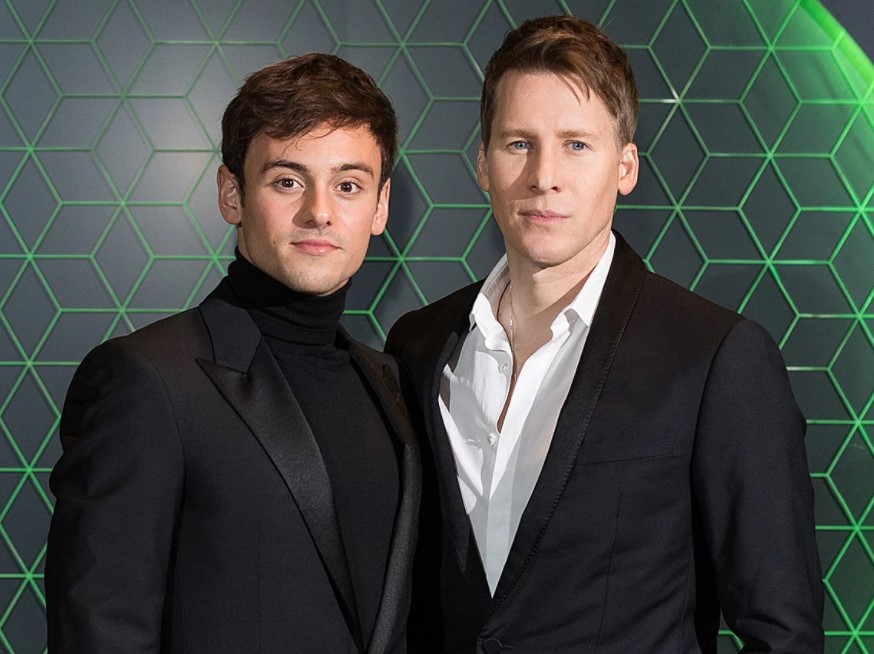 Who is Dustin Lance Black?

Who is Tom Daley Married To?

Tom Daley is a married man. He is married to Dustin Lance Black. The Oscar-winning Black is an American film screenwriter, director, and producer best known for his work in the biographical film, Milk. The couple got engaged in October 2015 and tied a knot to each other on 14 February 2018. The couple welcomed their first child, a son, Robert “Robbie” Ray Black-Daley, born via surrogacy in June 2018. The family lives in London.

His sexual orientation is gay. Daley first came out via a YouTube video in 2013 when he announced being in a relationship with a man. When asked, he stated that he is neither 100 percent straight nor 100 percent gay. He later described himself as gay after he won his first Olympic gold medal at the 2020 Tokyo Olympics. 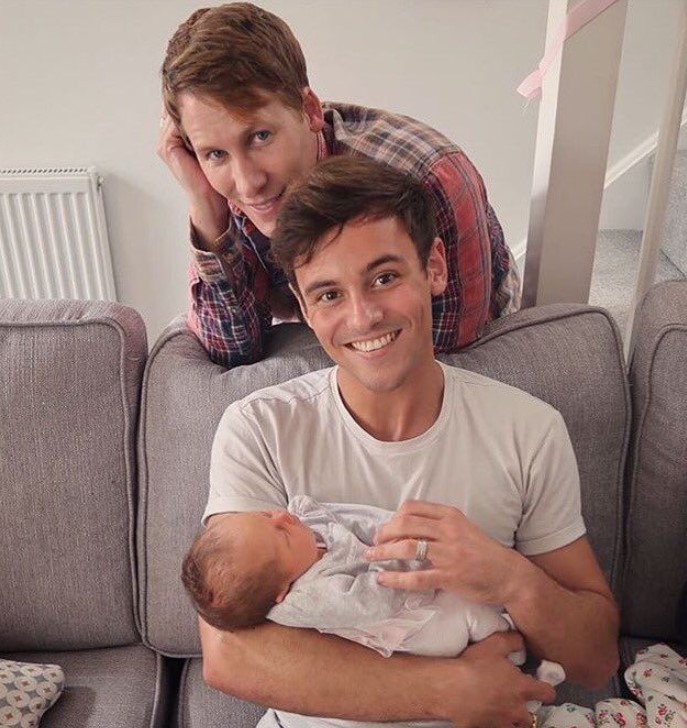 How Tall is Tom Daley?

Tom Daley stands at a height of 1.77 m i.e. 5 feet and 10 inches tall. The British diver has a body weight of around 163 lbs i.e. 74 kg. He has an athletic body build. Being a professional athlete, he maintains his body perfectly well. His eye color is dark brown and his hair color is also dark brown.

What is Tom Daley Net Worth?

Tom Daley earns from his professional career as an athlete. He is one of the successful British divers. Started his diving career at a very young age, he went on to win several championships in the future including an Olympic gold medal. He competes in the 10m platform. His income comes from prize money, bonuses, sponsorships, and endorsements. He is an ambassador athlete for Adidas. At present, his net worth is estimated at around $4 million.