Tony Kakkar is an Indian singer, composer, and record producer. Further, he is also the brother of successful singers Sonu and Neha Kakkar. He had worked along with his younger sister Neha and gave several pop and Bollywood movies song together. Moreover, he had also founded a record label named Desi Music Factory along with Anshul Garg.

The Indian music composer debuted as a music director in the Indian film industry in 2012 with the film Mr. Bhatti on Chutti. He composed the song “Good Boys Bad Boys’ for the movie. Let us scroll over to know more of his information. 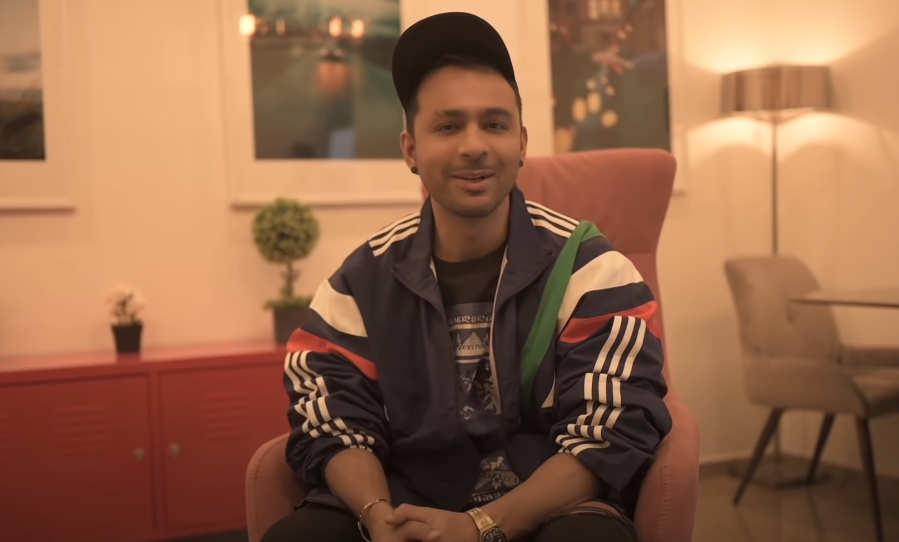 The singer was born on 9 April 1984 in Rishikesh, Uttarakhand, India, and later moved to Delhi in the 1990s. Furthermore, his father, Rishikesh used to be a samosa vendor outside a college while her mother Niti Kakkar was a homemaker. So to try their luck at singing, they moved to Delhi and started to do jagratas late at night. During the time, he along with his two sisters joined their parents and started their singing career from a young.

He has an older sister Sonu Kakkar and younger sister Neha Kakkar who both are successful singers in the industry. It seems that his luck brings him to Mumbai, “City of Dreams”, in 2004 along with his sister Neha. After arriving, he learned composing, later working as a lyricist for composer Sandeep Chowta. Since 2015, he had been working with a record label Desi Music Factory that he founded along with Anshul Garg.

He first came to highlight for composing the song ‘Sawan Aaya Hai’ for the film Creature 3D. Since then, he has been giving several hit songs including Car Mein Music Baja, Tu Chand Mera, Khafa Mahiya, Teri Kamar Pe, Sardi Ki Raat, Dheeme Dheeme, and Goa Beach, many more. He has also composed songs for Bollywood movies. Besides, he has created her own YouTube channel having 3.02 million subscribers with over 298 million views on 7 February 2014.

He has not shared much information on his personal life in the media. It is unclear he previously was in a relationship or not but he has not disclosed much about him publically. However, as of now (2021), he has been a talk of the town for dating the Bigg Boss 14 contestant Nikki Tamboli. Further, the duo is also currently working on the song. But there is no confirmation on their relationship from both parties.

His main source of income comes from his musical career. Also, he maintains a profitable amount from his social media platforms like YouTube and Instagram having over a million views and followers. Therefore, he has a net worth estimated at around $2 million from his singing career as well as appearing in commercials and advertisements.

He has a fit and strong body achieved from workouts and a healthy balanced diet. His body stands to a height of 5 feet 6 inches or 1.68 meters and weighs around 66 Kg. He has brown hair color and brown eyes color.