Who Are the Richest NBA Stars? - Wikiodin.com 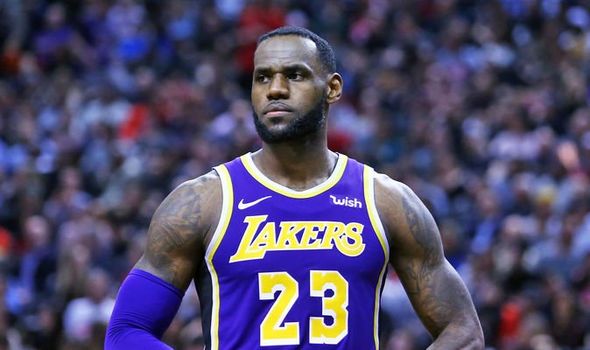 As you probably already know, NBA players receive mind-blowing salaries per year, but that is not their only income. Most successful players made more money through sponsorship deals or other businesses.

If we combine the amount of money of the top NBA players in history, we’ll reach half-billion dollars if not more. That’s why we are going to make a list of the richest NBA players of all time, highlighting their networth from NBA salaries, sponsorship deals, and businesses.

Even though David Robinson is a retired NBA player from Florida, he is still one of the most successful NBA stars of all time. He spent most of his professional basketball career playing for the San Antonio Spurs.

Throughout his career, he made roughly around $115 million only from salary. He was picked by the team back in 1987 and it is considered as one of the best centers in NBA history.

His networth is currently estimated at 200 million dollars making him the 6th richest NBAplayer in the world.

Here we have another retired NBA player, and probably one of the most iconic athletes in the sport. During his NBA time, he was one of the best centers in basketball history, earning around 290 million dollars only from salaries.

Shaq is also one of the top 10 players with more technical fouls in NBA history. You can check the whole list here: https://edge.twinspires.com/nba/top-10-players-with-the-most-technical-fouls-in-nba-history/

Besides playing basketball, we’ve seen O’Neal trying different things in his life from creating his own music album (which surprisingly was successful) to starring in TV shows and movies.

As of today, Shaquille O’Neal’s net worth is estimated to be around 400 million dollars.

Obviously, LeBron is one of the hottest players in today’s time playing for the Los Angeles Lakers. His current salary is close to $40 million per year which is the highest it’s ever been. Throughout his career, he was playing for Cleveland Cavaliers and Miami Heat, earning him around 310 million dollars.

King James is working on many different projects such as Space Jam 2 the movie, and even his own collaboration with Nike. These types of deals make him the 4th richest NBA player with an estimated networth of around 450 million dollars.

It seems like that the top richest NBA players of all time are a list made mostly of retired players, which is no surprise since they have more time to invest in other businesses.

Magic Johnson ended his professional NBA career after he had contracted HIV, and he decided to take a different path and become an entrepreneur.

When it comes to NBA salary, he was the first player in NBA history to earn $10 million or more per season with a $14 million salary in 94/95 playing for the Los Angeles Lakers. Throughout his career, he didn’t make a lot of money, compared to NBA players today, with earnings around $25 million.

However, Magic Johnson currently has partnerships with Starbucks, 24 Hour Fitness, and Fridays. This bumps up his net worth to 600 million dollars.

The East Chicago ex-professional NBA player has become a big-time businessman. He owns more than 160 outlets and more than 120 branches of Chili’s restaurants. His total NBA career earnings are very low compared to other players, reaching only $4.2 million in total.

However, he managed to build a successful business empire making him the second richest NBA player in the world with a net worth of around 600 million dollars.

No surprise here, as the all-time legend dominates the net-worth list for years. Michael Jordan is a retired NBA player that put the sport on the map. When it comes to his professional career, he earned around $86 million only from his salary throughout his 10-year career.

Currently, he is a businessman where most of his fortune comes from endorsement deals with his biggest sponsor “Nike”. Over the years, he invested a lot of money into other businesses, which also are very successful.

All of this makes him the richest NBA player in the world with an estimated net worth of 1.5 billion dollars.